In Week 3 we look forward to the Fiction and Other Minds seminar. The event, entitled ‘Cognitive Scaffolding and Literary Reading’, will take place in the Seminar Room of the Radcliffe Humanities Building on the 26th of October (17:15-19:15). Click here for more info.

In Week 2 the OCCT Discussion Group had their first meeting of term. It was a productive session! The podcast is now available. Click here. You will be able read Kate Costello’s summary online soon.

The AHRC-funded Creative Multilingualism programme is conducting research on the interaction between multilingualism and creativity, and rethinking the identity of Modern Languages. We are seeking a post-doctoral researcher to work on Prismatic Translation, one of the programme’s seven research strands.

The Prismatic Translation strand will pursue comparative cultural, literary, linguistic and cognitive research by tracking texts in detail across several languages and scripts. Alongside the research, we will explore the creative possibilities of Prismatic Translation in collaboration with school students, translators and digital media practitioners.

You will contribute to the design and execution of the research, writing literature reviews, undertaking bibliographic work, and providing editorial assistance. You will identify innovative ways to present research results, and represent the strand at external meetings. You will help co-ordinate an international network of researchers, and facilitate links between the strand and the rest of the programme, including organising events.

You will have a good first degree and a doctorate in a relevant subject, excellent written and spoken English, and fluency in at least one other language. Fluency in a language with a non-alphabetic writing system is desirable. In addition you will have excellent bibliographic and general research skills, and the ability to engage and enthuse others, especially young people. Ideally you will have research interests in translation and comparative literature, and skill in website editing, typography and text design.

Applications should be made online, and you will be required to upload a CV, a supporting statement and the names and addresses of two referees as part of your online application.

2. O A R: Oxford Artistic and Practice Based Research Platform (oarplatform.com) will be going live on October 25 and to invite you to our launch party at The Ruskin School of Art.

OAR is a new interdisciplinary journal of practice based research funded by the Oxford University IT Innovation Fund. To stay updated and receive our calls for papers please join our mailing list.

3. Words on the Move: A Day of Talks and Performances across Languages.

This event is a collaboration between the Stories in Transit project, the Contemporary Poetics Research Centre(CPRC) at Birkbeck and Watadd.

5:30pm — Fuensanta Zamrana Ruiz ’The Language of Violins: Teaching at the Baremboim-Said Foundation’

• Can culture, and specifically storytelling (in any form) provide shelter for people who have lost their homes? Can a tale become a home? Can a poem? Can a memory of literature and the process of making it over and over again build ‘a country of words’ (Mahmoud Darwish)? Can narratives build a place of belonging for those without a nation?

• How do experiences of conflict and forced migration place pressure on narrative form? How might artists and writers respond or register these pressures in their creative work? What are the possibilities for creative collaboration in this context?

• What methods and processes can be developed together to allow the unfolding and generation of stories? What role can imaginary narrative and non-narrative form play in contemporary conditions? In what ways can the ancient human capacity to tell and pass on stories help in the present crisis?

• What are the best uses of contemporary media for supporting exchanges of stories across borders and to ease and/or explore communications between languages and cultures? How might we talk about and make texts that work across multiple languages (including non-verbal languages such as dance, music and visual art)?

4. The deadline to submit an individual paper or panel proposal for the 27th Annual Conference of the Centre for Comparative Literature at the University of Toronto, Comparing Canada(s), to take place on 3-4 March, 2017, has been extended: abstract submissions will now be due on 31 October, 2016 by 11:59pm.

Please click here to read the call for papers with specific guidelines.

From fragmentation to re-composition (and back again)

For centuries, the term epitome did not enjoy great appreciation, intuitively connected as it was to an idea of textual recycling and derivativeness. It is thus no coincidence that a number of ages in which epitomatory works witnessed a widespread diffusion - from Late Antiquity up to the long season of humanistic and late humanistic erudition - were equally doomed to an aesthetical damnatio memoriae. Yet, in more recent years a renovated scholarly enthusiasm has been paving the way for both an aesthetic and heuristic revaluation of these “obscure objects”.

Our aim here is not so much to concentrate on the definition, indeed quite problematic, of a genre called epitome, nor to fall back to that theoretically limiting Quellenforschung whose only purpose was to treat epitomized texts as mines for lost textual sources. We would like, instead, to conceptualize epitomai as the result of two very basic movements, dismemberment and re-composition, and to survey the hermeneutic fields so disclosed. Among others:

•       What do we mean by textual integrity? What is at stake here is, of course, the problem of different open, closed, and fluid textualities.

•       At what and at how many textual levels can the dialectics dismemberment/re-composition take place?

•       Far from being neutral objects or mere shortened reproductions of the so-called primary objects, epitomai establish with them a complex, dialectic relationship. They sometimes end up undermining the primary meaning (the apparent meaning of the primary object). Can we identify a semiotic principle which regulates such an overturning?

If then we take the “text” in its broadest sense, it is not hard to realize that to reflect on epitome means to wonder about the most fundamental mechanisms of cultural memory:

•       Should epitomatory gestures be interpreted as auxiliary (continuity) or as contrasting (rupture) to the tradition?

•       What kind of relationship can be identified between epitomatory practices and other forms of cultural archiving (chronologies, thematic repertoires, encyclopaedism, museification, cartography)?

•       How did the evolution of media influence the epitomatory dimension?

•       Can we define a socio-cultural figure to be named “The Epitomizer”? What is its ethos?

On a more literary and aesthetic ground, reflecting on these types of texts may lead us to further questions:

•       How could they be related to modernist and post-modern techniques such as collage or montage?

•       Generally speaking, we are referring to practices that fissure the textual surface – practices in which the pleasure of the subjects involved in the textual play originates from the creation of a primal void (dismemberment of the primary text) and then by the erasure of this void itself (re-composition), but in such a way that a sense of the void keeps on being perceivable: what about thinking of epitome as a textual embodiment of absence?

•       Accordingly, and contrary to the common opinion which tends look at aesthetic systems dominated by the epitomatory dimension as to static ones, does not such an aesthetic configuration show a state of inexhaustible and dynamic tension, of perpetual self-projection towards perpetually absent objects – all the more so as they seem to be conjured up?

Late Antiquity (ca. III c. CE – VII c. CE) provides a fruitful field of investigation, not only for the obvious reason that a great number of surviving epitomai dates back to that period, but also because what we have called the epitomatory dimension seems to have attained at that time a previously unparalleled pervasiveness, retrievable in many cultural phenomena: from the spolia-aesthetics to the literary fondness for centones, as well as, just to mention Latin evidences, the tendency to create textual corpora (Historia Augusta, Panegyrici Latini, Anthologia Latina, hagiographic collections etc…) and the success of corpora-texts (Macrobius’s Saturnalia, Martianus Capella’s De nuptiis Philologiae et Mercurii, Nonius Marcellus’s  De compendiosa doctrina etc…). Indeed, the list might easily be made longer by looking at the whole complexity of antique and late antique textual production (Greek, Syrian, etc…).

In the light of the above-mentioned broad theoretical problems we envisage contributions from any field of Classics, History, History of Art, Archaeology, Literary Studies, Cultural Studies, Media Theory, in order to take advantage of diverse expertise and promote an integrated approach to the subject. We would cherish contributions from artists, writers, composers etc. as well.

Abstracts in English, French, and German containing about 300-350 words should be sent by 15 May 2017 to Marco.Formisano@UGent.be and PaoloFelice.Sacchi@UGent.be .

This time, the task is to write a story. Two German-speaking authors, Ulrike Ulrich and Anja Tuckermann, have provided beginnings of stories of migration. Now it’s the competitors’ turn to take one of these beginnings and to continue spinning the yarn. There are only two rules: the ending must be no more than 250 words and must be written in German.

As in previous years, the competition is open to secondary school students, sixth-formers, undergraduates, postgraduates and anyone else who feels up to the challenge. Submissions must be entered online and the competition closes on 6 January 2017.

Prizes, including a writing workshop with one or both of the authors and books, will be awarded to winners and runners-ups in each group at a prize-giving event at Senate House on 1 March 2017. This will be a chance to listen to the winners’ as well as to the authors’ own story endings.

The competition is organised by the DAAD London, the IMLR, and the Goethe Institut, London. It is supported by the German and Swiss Embassies in London and sponsored by the magazine Deutsch Perfekt.

This is a full-time, fixed-term post for 3.5 years. The successful applicant is expected to start on 1st February 2017 or as soon as possible thereafter and no later than 1st March 2017. S/he will be based at the School of Advanced Study and will be working under the supervision of Professor Davies and Professor Winters in close collaboration with staff in the British Library, which is a strategic partner for this project.

CLDRC is a large interdisciplinary, multi-institutional, four-year project, led by Professor Stephen Hutchings of the University of Manchester and funded by a c. £4m grant from the Arts and Humanities Research Council. The project is delivered by a consortium composed of three core institutions – the University of Manchester, Durham University and the School of Advanced Study, University of London. Each of the partners is responsible for one of the project’s three research strands: the multilingual, the transnational, and the translingual respectively.

To apply for this position, please submit your CV and covering letter by clicking the apply button below.  The closing date for this role is at midnight on Thursday, 10 November 2016.

Interviews are expected to take place on 2 December 2016.

Where: University of Warwick 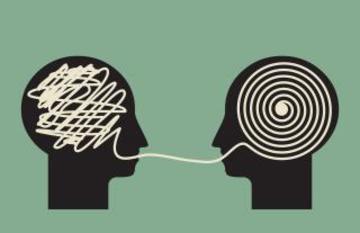