Prismatic Translation is an ongoing research project, now funded by the AHRC as part of its Open World Research Initiative Programme in Creative Multilingualism. It began at OCCT's 2015 conference, Prismatic Translation and was further developed at the ICLA Research Committee on Literary Theory's workshop on the same theme in Vienna in 2016. Prismatic Translation is led by OCCT Chair Matthew Reynolds in collaboration with Sowon Park and OCCT Postdoctoral Researcher and Co-ordinator Eleni Philippou. The key idea is to see translation as a process that inevitably produces multiple variants, both within and across languages, and to trace out the theoretical, practical, cognitive and creative consequences of this view.

The Prismatic Translation Project has four elements, one of which is Prismatic Jane Eyre. This collaborative experiment looks closely at Bronte's novel as it is translated into multiple languages, understanding this process as transformation and growth rather than as loss. The results will be presented in an open-access online publication, and in various digital visualisations. Read this article to learn more about Prismatic Jane Eyre’s first workshop.

The Department of English and Linguistics invites applications for the 2018 University of Otago City of Literature PhD Scholarship.

Applications are invited on or before 1 February 2018.

The scholarship is open to applicants of any nationality and to any area of literary studies.

The scholarship runs for three years and includes an annual stipend of NZ$25,000 per annum (approximately US$17,000 at current exchange rates) and a near-full fee waiver. The scholarship does not cover insurance.

The PhD degree at the University of Otago is by thesis only. Over the course of three years of full-time study, PhD candidates are expected to produce an original piece of research of 80,000 to 100,000 words. All PhD candidates work closely with two supervisors.

PhD students may commence their study at Otago at the start of any month. It is expected that the successful applicant for the 2018 City of Literature PhD Scholarship will begin their study sometime between March and October 2018, but the date is negotiable.

Any applicant who is not offered the City of Literature Scholarship will be considered for a general University of Otago Doctoral Scholarship.

1. You must first complete the online expression of interest form and secure the support and prospective supervision of a faculty member within the department. Click here for details.

2. Once departmental support has been obtained, you should make a formal application via the university’s online application portal.

Both parts of the application process must be completed by 1 February 2018 for your application to receive full consideration.

We anticipate the successful applicant will be announced sometime in late February or early March 2018.

The scholarship celebrates the granting of UNESCO City of Literature status to Dunedin, New Zealand, where the main campus of the University of Otago is located. Dunedin’s rich literary history is reflected in its many writers, literary festivals, and reading series and in its world-class libraries and special collections. Closely associated with the city’s literary heritage, the University of Otago’s Dunedin campus has been rated one of the world’s most beautiful. Located in the southern part of New Zealand, Dunedin is also close to some of the country’s most renowned natural scenery.

Recent years have been witness to a diversification in the forms and registers of literary-critical writing. Conventional practice continues to flourish, but alongside and in dialogue with an increasingly inventive field of non-standard criticism. The reasons for the emergence of this field are several. They include the so-called post-critical turn, contentious as it is, and the desire for ‘reparative’ as well as ‘paranoid’ orientations in critical practice; the long legacy of critical theory conceived as an ongoing provocation to the content of the form of critical writing; the continued health of small-press and open access publishing, where hybridized and innovative modes of critical writing can flourish; and a renaissance in the essay, along with renewed attention to its histories and formal possibilities.
Critical Reinventions aims to mark the diversity of formal invention in contemporary creative-critical practice by focusing on the life, histories and potential futures of a range of types of writing. We invite proposals of two sorts: for creative-critical papers that seek to occupy or adapt a particular form or register of writing, including through acknowledgement of its histories; and for critical papers that investigate and reflect on aspects of formal invention in critical practice, including with reference to the history of such forms and to the recovery of potentials inherent therein.
Examples of such forms include but are in no way restricted to:

Proposals for papers (c. 400 words) should be sent tocriticalreinventions@gmail.com. Please include a brief biographical note.

The closing date for proposals is 1 February 2018. 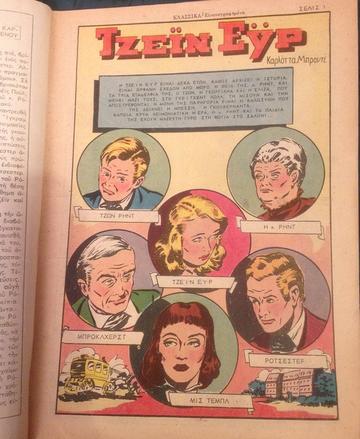