On Monday of Week 8, the Discussion Group welcomes Kasia Szymanska (Oxford) to discuss English translations of Polish texts. As always, no advance preparation is needed, and free sandwich lunch, fruit, and coffee will be provided. Also, on Monday of Week 8, the prominent German authorOlga Grjasnowa will be giving a reading in German and English of her award-winning novel Gott ist nicht schüchtern/God is Not Shy. The reading will be followed by a discussion of her work. On Tuesday of Week 8, OCCT is hosting the launch of Jamie McKendrick's new book of poems, Anomaly(Faber and Faber). The event will include readings by Jamie McKendrick, Stephen Romer, Gilles Ortlieb, Marta Arnaldi, and Patrick McGuinness. All these events will take place at St Anne’s College.

The long 19th century was a period of dramatic political, scientific and technological change. Both sound studies and global/postcolonial studies have focused on this period, but have largely done so independently of one another. This conference raises questions of how sound and sound technologies were bound up in colonial and imperial practices, and how that global political context simultaneously shaped the science and practice of hearing and thinking about sound. In short, how might we imagine a global history of 19th-century acoustics and aurality?

How to navigate archives. Looking for witchcraft trials in the State Archive of Venice and in the ecclesiastical Archive of Udine: a personal experience in the early '60s. Followed by Q/A.

2. I'm delighted to invite you to our next German research seminar at the University of Edinburgh, which will be taking place in G.04, 50 George Square on Wednesday 21 November at 1pm.

Our speaker Richard McLauchlan is an independent scholar, who has authored a book on the poetry of R.S. Thomas and who is currently writing a book on Richard Haldane. He will be talking to us about How German Philosophy won the First World War: An Introduction to Viscount Haldane:

This paper presents a new perspective on the career of the remarkable, but often forgotten Scottish statesman, philosopher, lawyer and educational reformer Viscount Haldane of Cloan (1856-1928). Haldane’s reforms of the British Army while War Minister have been recognised as material advances to Britain's military organisation, but they have not been given due credit in explanations of the British Army's efforts in the First World War. Yet this paper will argue not only that Haldane's reforms can justly claim to have played a major role in saving Paris from falling to German forces in 1914; but also that these very reforms were the product – at least in part – of Haldane’s own dedicated study of and enthusiasm for German philosophy, especially the work of Hegel. The paper therefore examines a significant case of Anglo-German exchange in the nineteenth and early twentieth centuries and points to the strange irony that the German philosophical tradition played an important role in Germany’s wartime demise.

Please do join us if you can! 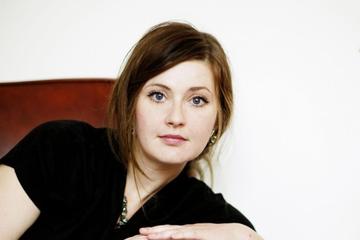