The Music Egypt project tells two twentieth century stories from Egypt; both have developed significantly in the course of the academic year 2019–20. In the second of her two Oxford residencies, Egyptian opera singer Fatma Saïd worked with Knowledge Exchange partners Oxford Maqam, fashioning new scorings of twentieth-century Egyptian music with members of the renowned ensemble, who are experts in Egyptian music and song of the 19th and 20th centuries.

James Whitbourn’s fieldwork in Cairo, following the copyright trail of the music of Abdel Wahab and his contemporaries, has helped clear the way to conserve a critical corpus of Egypt’s fragile musical heritage through their re-imagination into modern performing editions.

Work in Cairo also included the unique opportunity to hear and document Fatma Said’s singing voice in locations such as the burial chamber of the Pyramid of Khafre, with its astonishing acoustic, stimulating ideas likely to form part of the sound world for a new work to celebrate the more famous twentieth-century Egyptian story: the discovery by Howard Carter of the tomb of Tutankhamun.

Collaborating with the Griffith Institute and Oxford Egyptology Professor Richard Parkinson, James intends to use the fruits of his Knowledge Exchange Fellowship research within a future composition that sets pharaonic texts, to be ready for Tutankhamun centenary celebrations in 2022. 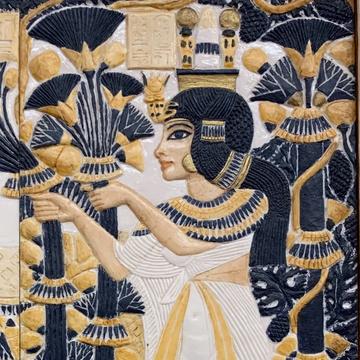