The title of the Pulitzer Prize-winning cultural critic Margo Jefferson’s Negroland: A Memoir names a place, a class, and a race: Negroland is the world of the black upper class in midcentury Chicago. Born into Negroland’s poisoned gift of privilege, Jefferson recounts a life lived in between, a member of ‘the Third Race, poised between the masses of Negroes and all classes of Caucasians.’

Jefferson attended the prestigious University of Chicago Laboratory School—a rare example of a school integrated before the Supreme Court outlawed segregation—where she achieved academic success and a measure of superficial popularity among her white classmates. But the thrill of the first boy to get a crush on her faded when another classmate, in a clumsy attempt at a compliment, told her how honored she should be that the boy had a crush on her, since, after all, ‘they don’t allow Negroes in his parents’ building.’

The privilege Jefferson enjoyed is pockmarked with these events, her successes—which her parents demanded of her—undercut by the casual racism of whites, wielders of a privilege infinitely more powerful than her own. She recounts making the high school cheerleading team—the first black student to do so—only to be rewarded with a sterile pleasantness from her teammates, designed to show she didn’t belong. So often in Jefferson’s life, her achievements were met with the smiling face of racism, what she calls the ‘ashen rewards of merit.’

Jefferson does not escape these experiences unscathed. At moments of high intensity, she switches from first to third person, in order to impose ‘intellectual and emotional control’. At other times she adopts direct address, as if to wrest authorial control back from the overly interpretative reader. After all, she has spent her life misinterpreted: too black for her schoolmates’ houses, too white for Black Power, a black woman among friends, an African American when conducting official discourse.

Perhaps this pain explains why Jefferson offers the reader so little of her adulthood. Instead, she spins an inventive and wryly perceptive canon of dancers, singers, models, and thinkers—she defends Louisa May Alcott against James Baldwin’s critiques, she rethinks Suzy Parker after rediscovering Donyale Luna, and she fantasizes about Josephine Baker, but she won’t forsake Doris Day. Indeed, Jefferson is at her most concisely powerful when she conveys the struggles of selfhood through literary device and allusive deflection.

Robert Topinka is a postdoctoral fellow at the University of East Anglia. He received his PhD from Northwestern University in Chicago. His areas of expertise are in social and political theory, rhetoric, race, technology, and global cities, and his work has recently appeared in Visual Communication, Citizenship Studies, Western Journal of Communication, Rhetoric Society Quarterly, Foucault Studies, and elsewhere.

Voices Across Borders is always looking for new Race and Resistance Research network members to contribute to this blog. If you would like to write a piece, or if you have a response to a blog entry you have read here, please e-mail the blog editor, Tessa Roynon, on  tessa.roynon@ell.ox.ac.uk. 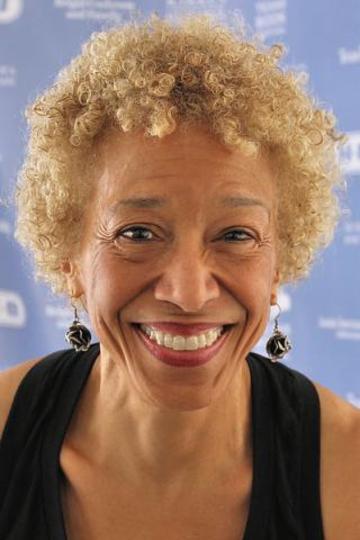