News and updates from Oxford Comparative Criticism and Translation

1. Consider submitting a proposal to the following session at the CAIS conference in Orvieto, Italy, June 13-16 2019.
Redefining Epic, Romance and Novel in Italian Culture

This panel seeks to continue the fruitful dialogue about the intertwining of epic, romance and novel in Italian culture we started at the AAIS-CSIS 2017 Conference in Columbus, Ohio.
In order to further the scholarship of Bakhtin, Jameson, Doody, and Fusillo among others, we welcome investigations of the widespread presence and reciprocal influence of these three literary forms in the Italian linguistic and cultural space from the Middle Ages to the present day. What motivates their contaminations? What emerges from the collisions of these different styles and worldviews within the Italian context?
We welcome contributions that explore these synergies and contradictions throughout the history of Italian literature as well as different forms of representation including (but not limited to) visual arts, cinema, theatre, television and folk culture.
The primary goal of this panel is to gather innovative contributions on epic, romance and novel (alongside those we already welcomed in 2017) for a collection of essays on the topic.
Please submit a 250-words abstract, biographical information, and technical requirements to Lucia Gemmani (lucia-gemmani@uiowa.edu) and Andrea Privitera (aprivite@uwo.ca).
The deadline for submission is February 28th, 2019.

3. INSTITUTE OF MODERN LANGUAGES RESEARCH
School of Advanced Study • University of London
2019 William Robson-Scott Travelling Scholarship
Applications now invited – Closing Date: 15 April 2019
Established in memory of Professor W.D. Robson-Scott, Honorary Director of the former Institute of Germanic Studies from 1968 to 1973, the scholarship is awarded by the Institute in the spring of each year.
The award is designed to assist research students registered for an MPhil/PhD or equivalent degree at a University in the United Kingdom to travel abroad to carry out research bearing on the languages and literatures of the German-speaking countries, of the Netherlands, or of Scandinavia. The award, currently £400, is not available for attendance or participation at conferences, and must be taken up before submission of thesis. Applications cannot be considered for journeys which will have taken place, or which will commence, before 1 June 2019.
Method of application: Application form which should be sent to reach Jane Lewin at the IMLR, either by post to Institute of Modern Languages Research, University of London, Senate House, Malet Street, London WC1E 7HU, or by email to jane.lewin@sas.ac.uk. Applicants can expect to be notified of the outcome of the competition by the end of May.
Closing date for applications: 15 April 2019
Application form (pdf). The form can be obtained in MS-Word format from jane.lewin@sas.ac.uk.

4. Blackwell's are thrilled to announce that we will be joined by Pullitzer Prize winning author, Jhumpa Lahiri, in conversation with writer and translator, Nicola Gardini, on about her latest role as editor of The Penguin Book of Italian Short Stories.
When Jhumpa Lahiri decided to read exclusively in Italian, a language she had studied for many years, her life as a reader - and writer - took a surprising turn. Complete immersion in this rich literary heritage brought fresh insight and unexpected freedom.
This collection brings together forty writers who have shaped her love of the Italian language and profound appreciation for its literature. More than half of the stories featured in this volume have been translated into English for the first time and the wide ranging selection includes well known authors such as Italo Calvino, Elsa Morante and Luigi Pirandello, alongside many captivating rediscoveries.
Poets, journalists, visual artists, musicians, editors, critics, teachers, scientists, politicians, translators: the writers that inhabit these pages represent a dynamic cross section of Italian society. Together they reflect over a hundred years of Italy's vibrant and diverse short story tradition, their powerful voices resonating through regional landscapes, private passions and the dramatic political events of the twentieth century. The first anthology of its kind, over half of the stories in this collection appear translated into English for the first time.
Jhumpa Lahiri is the author of four works of fiction: Interpreter of Maladies, The Namesake, Unaccustomed Earth, and The Lowland, which was shortlisted for the Man Booker Prize, the Baileys Women's Prize for Fiction and the National Book Award. She has received numerous awards, including the Pulitzer Prize, the PEN/Hemingway Award, the Frank O'Connor International Short Story Award, the Premio Gregor von Rezzori, the DSC Prize for South Asian Literature, a 2014 National Humanities Medal, awarded by President Barack Obama, and the Premio Internazionale Viareggio-Versilia for In altre parole.
Nicola Gardini is a poet, novelist, columnist and translator. He has a PhD in Comparative Literature at New York University and is now a Professor of Italian and Comparative Literature at Keble College, Oxford.
The event will be chaired by Elena Lombardi, fellow of Balliol College and Chair of the Department of Italian at Oxford University.
Tickets for this event cost £5. Doors will open at 6.45pm, at which time there will be a small bar available to purchase drinks. For more information please contact Customer Services on 01865 333 623 or email events.oxford@blackwell.co.uk
Thu, 7 March 2019
19:00 – 20:00 GMT
Blackwell's Bookshop
51 Broad Street
Oxford
OX1 3BQ

5. Registration for the first Warwick Translates summer school is now open.  The summer school is being held at the School of Modern Languages and Cultures, University of Warwick, 6-10 July 2019.  This summer school offers the opportunity to translate texts across the literary genres into English, working with leading professional translators in Arabic, Catalan, Chinese, French, German, Italian, Russian, Spanish, or Theatre (non-language specific).  Groups will be limited to a maximum of 20 students and places will be allocated on a first-come-first-served basis.

The course will be taught in an all-day workshop environment using a variety of texts including non-fiction (essays, journalism, academic) and fiction (poetry, fantasy, children's literature and crime writing etc.).  Lunch time events will include discussion panels with publishers and editors. Evening events will include a Translation Slam, a conference dinner, and a keynote by Preti Taneja entitled ‘Translating Shakespeare in conflict and post-conflict zones: the challenge to “universal” human rights’.

The registration fee of £495 includes tuition, light refreshments and a sandwich lunch each day.  We have a total of 10 bursaries available covering the registration fee: 5 for external applicants and 5 for Warwick applicants.  The deadline for bursary applications is 22 March 2019.

6. The Centre for Philosophy and Critical Thought (Goldsmiths) cordially invites you to:

A conference on a newly rediscovered text

This two-day conference focuses on a recently discovered text by the late Franco-Algerian philosopher Jacques Derrida.  Geschlecht III, rediscovered in the Derrida archive and newly published in French (forthcoming in English), is the “missing” installment in Derrida’s four-part series on Martin Heidegger and the German word Geschlecht (meaning, among other things, “sex,” “race,” and “species”).  Geschlecht III presents us with one of Derrida’s most sustained engagements with Heidegger, a meticulous reading of what he will call Heidegger’s “national-humanism”: the nationalistic undercurrent in Heidegger’s thought that posits German and Germany as the privileged media through which to think the essence of the human and its relationship to the fate of the West.

Free and open to all.

The Institute offers office accommodation shared with other Fellows and Scholars with wifi, internet, email account, photocopying/printing facilities, and access to the University of London’s Senate House Library where the holdings in Germanic Studies and Latin American Studies are world class. Senate House Library has a substantial collection of books, journals, online resources, theses and archives in all the Modern Languages fields. Fellows and Scholars can access the libraries of the other Institutes that make up the School of Advanced Study: Advanced Legal Studies, Classical Studies, Commonwealth Studies, Historical Research, Latin-American Studies, and the Warburg. Fellows are offered free access to all of the Institute’s events and are expected to participate as much as possible in the intellectual life of the Institute.

In addition to presenting current work as a seminar or as part of a larger conference, Fellows and Scholars are invited to organise an event either during or resulting from their stay, or otherwise contribute to the work of the Institute. Fellows and Scholars are invited to place a recent, normally unpublished, piece of work in our free open access repository SAS-Space, and to contribute to the IMLR blog, Living Languages. Publications resulting from research conducted during the tenure of the Fellowship must acknowledge the Institute and, where appropriate, a copy should be deposited in Senate House Library or with the Institute Director. At the end of the tenure period, Fellows/Scholars must produce a short report on the activities undertaken at the Institute and progress made in their research.

Full details of how to apply:  http://modernlanguages.sas.ac.uk/research-fellowships/visiting-fellowshi...

During this talk, Sara Miglietti will present her new book project on philosophical and scientific self-translation in early modern France. Self-translation was an extremely widespread phenomenon in Renaissance Europe, and particularly so in France, where many authors decided to translate their own works from Latin into French, or vice versa. Among them we find authors who are still widely known today (from the religious reformer John Calvin to the political thinker Jean Bodin), while others (such as the astrometeorologist Antoine Mizauld) are now almost completely forgotten. Yet in their own day these authors were all important contributors to a cultural movement that still awaits comprehensive study. Sara's book will examine the theories, practices, and social networks of French self-translators, thus casting new light onto Renaissance notions of authorship, the relationship between Latin and vernacular, and sixteenth-century debates on the popularisation of philosophical and scientific knowledge.

Contact zoe.roth@durham.ac.uk for more information. The event is free and open to all. 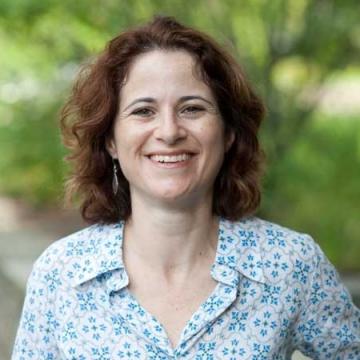