As usual, in Michaelmas 2019, the Discussion Group runs its fortnightly meetings, and is thrilled to host high-profile translators over the course of the term. In our first meeting, on 21 October, we will be talking to Jeremy Tiang, Singaporean writer, translator and playwright, about 'Cultural and Theatrical Norms in Stage Translation'. The session will take place between 12.45-2pm, in Seminar Room 10 in the New Library at St Anne's College. No advance preparation is needed. As always, sandwich lunch, fruit and coffee will be provided.

At our welcome event in Week 1, students got the opportunity to meet our organising committee and hear about OCCT’s upcoming programme.

This seminar proposes the study of the prose fiction in the seventeenth century, with special attention to the aspects of genre, gender and nation. Paper proposals which address any of the following topics and lines of research are especially welcome: women's access to the writing of prose fiction, their newly-acquired roles as professionals in the printing and publishing business, the importance of anonymity, generic variance and experimentation, as well as the transcultural nature of early fiction in prose, focusing on the consolidation of a native tradition of the novel in English from the perspective of its European sources.

2. This is a reminder that submissions for Attending to Literature will close at midnight on the 20th of October. We welcome papers from ECRs and PhD students, as well as established academics.

Please email a 250 word abstract and 250 word bio to attendingtoliterature@gmail.com.

We look forward to your submissions!

We invite paper proposals for a British Academy funded interdisciplinary symposium on the concept of attention, to be held at the University of Nottingham School of English on the 3rd December. The symposium has three aims:

1. To allow researchers who work on similar questions from different disciplines to interact for the purpose of developing future collaborations and networks;

2. To provide a training opportunity for ECRs in engagement and outreach, allowing participants to practice bringing the specifics of their research to bear on an issue of public concern (attention);

3. To engage non-specialist audience members, in particular those who work in related professions (e.g. teachers, programmers, psychologists) in the exploration of humanities-based perspectives on the problem of attention.

We invite a wide range of interpretations of the concept of attention, but would particularly encourage submissions on any of the topics below. In keeping with the symposium’s public-facing emphasis, we are seeking contributions which aim to present research in a manner that is sufficiently detailed to be helpful to specialists but written with an eye to a wider public audience.

Please email a 250 word abstract and 250 word bio to attendingtoliterature@gmail.com by 20th October.

Papers from ECRs will be particularly welcome.

We will also be running a session online allowing interaction by participants who are unable to travel to Nottingham or are minimising flying: please indicate on your email if this applies to you. For participants in Europe we encourage train travel rather than flying to the event where possible and can offer a limited number of travel bursaries.

Public anxieties about digital distraction and the threat to attention.

How do the present digitally-fuelled anxieties about attention relate to earlier thinkers on attention and distraction, from Pascal through, for instance, Nietzsche, Simmel and Benjamin?

Has attention itself become a commodity, and how has this commodification taken new forms with the development of digital technology?

4. Attending to the body

Various moral philosophers have emphasised embodiment in their discussions of attention: might engaging in certain physical practices and manual or craft work help cultivate certain forms of perception and attentiveness?

5. Attention and attentiveness in ethics

What is the role of attentiveness as a concept in ethics?

Drawing on Manne’s recent work on ‘The Logic of Misogyny’, we might ask: what moral hazards arise when attentiveness becomes an expectation that is applied to some groups more than others?

Topics focused on attention in literature:

1. Attention in literary ethics: How might the concept of attention be bound up with accounts of literature’s moral work?

2. Attending in and to the text: What kinds of attention do different literary forms demand or cultivate in the reader? Is the reader’s attention to the text the same as the attention required to write it? Or the interpersonal attention depicted in it?

3. Attention in critical traditions: How do different moments in the history of literary criticism rely on the concept of attention?

What forms of attention are produced in sustained moments of literary analysis? Might the concentrated and immersive nature of close reading induce states of meditative attention that are distinctive?

3. The Centre for Philosophy and Critical Thought invites you to

“Murderous consent” is the name given by Marc Crépon (ENS, Paris) to the violence we do not directly inflict but in which we are structurally complicit: famines, civil strife, political oppression in other places, war. Within the rationality on which the liberal or neoliberal state is built, this sort of complicity goes unaccounted for. Yet when we distinguish ethics from politics as two separate spheres, Crépon argues, we, too, are perpetrators of violence—as seen, for instance, when we resist the call to respond with care to the vulnerabilities of peoples in distant parts of the world.

Against the myriad ways in which even our opposition to violence may be undermined by unacknowledged consent to commit violence, we must therefore rethink the very concepts of violence, the prohibition against violence, and the living beings to which violence applies. Reorienting the resources found in literature and philosophy to the question of how current forms of ethical reasoning license violence, Crépon asks whether a more radical manner of interpersonal responsibility might be conceivable.

This symposium will begin with Marc Crépon’s presentation of the political consequences of his argument. It then brings together five scholars from the fields of political theory, Jewish philosophy, literary theory, social and critical theory, and critical legal studies to each respond to a chapter in Crépon’s argument, which deal, respectively, with Camus, Freud, Levinas, Kraus and Anders, amongst others. Marc Crépon will be joined by James Martel (SFSU), the author of the foreword to the English edition of his book, as well as Agata Bielik-Robson (Nottingham), Josh Cohen (Goldsmiths), Başak Ertür (Birkbeck), and Alberto Toscano (Goldsmiths). In conclusion, Professor Crépon will give a response to the papers.

Free and open to the public.

This event is co-sponsored by the Centre for Philosophy and Critical Thought, Goldsmiths, and the School of Law at Birkbeck, University of London.

Marc Crépon is Chair of Philosophy at the École Normale Supérieure, Paris, and Research Director of the Husserl Archives. He is one of France’s leading voices in contemporary political and moral philosophy and is the author of The Thought of Death and the Memory of War (Minnesota) and The Vocation of Writing: Literature and Philosophy in the Test of Violence (SUNY).

James Martel is Professor and Chair of Political Science at San Francisco State University. His most recent book is The Misinterpellated Subject (Duke).

Alberto Toscano is Reader in the Sociology department and Co-Director of the Centre for Philosophy and Critical Thought at Goldsmiths, University of London.

Agata Bielik-Robson is Professor of Jewish Studies at the University of Nottingham.

Josh Cohen is Professor of Modern Literary Theory in the English and Comparative Literature department at Goldsmiths, University of London.

Başak Ertür is Lecturer in the School of Law and Co-Director of the Centre for Law and the Humanities at Birkbeck, University of London.

Julia Ng is Lecturer in Critical Theory in the English and Comparative Literature department and Co-Director of the Centre for Philosophy and Critical Thought at Goldsmiths, University of London.

4. Greek Island Life: Behind the scenes of an anthropologist's fieldwork

A brief introduction by Sarah Ekdawi

Questions from the audience

"This is the story of an anthropologist whose life has been marked by and forever entangled with a tiny island at the extreme frontiers of what was Greece in the 1960s. Kenna continued to work later on the community of political exiled that lived on the island in the 40s, notably by collecting an impressive photographic archive of the life of these people. In fact, the narrative unfolds as photographs do, snippets of history frozen in time, a past that is ‘a foreign country’ even for someone who has lived through it all. Kenna, however, does extraordinary work in compiling her journal entries, fieldwork notes, and census data while trying to provide a critical and self-reflexive look on some of the gender bias in the anthropological writing of the time [...]". (Myriam Lamrani, Review for Byzantine and Modern Greek Studies, [forthcoming]). 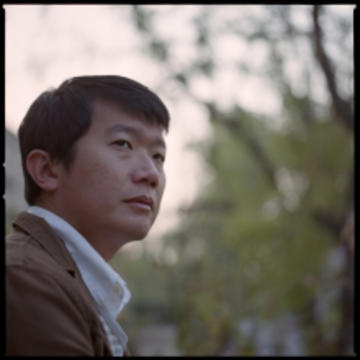