Political Queerness and the Empathy Machine in God's Own Country

In the fourth of our blogs, AHRC doctoral candidate Alice Pember (Queen Mary, University of London) considers the political role of empathy in the 2017 film God’s Own Country (dir. Francis Lee). Reading the film phenomenologically, Alice suggests that the film engages viewers in a direct, haptic experience of queer desire which collapses the distinction between film and viewer. Utilising eco-feminist thought, she suggests the depictions of animals in the film models the intersubjective empathy generated between spectator and viewer, suggesting that the political resonance of the film lies in the empathetic connection drawn between queer characters and straight audience members.

God’s Own Country, a film of startling, affective beauty depicting the burgeoning of queer desire in rural Yorkshire, was named the best film of 2017 at the British Independent Film Awards on Sunday. This accolade comes in the very same week as Call Me By Your Name (another film with two bisexual male leads) has picked up three Golden Globe nominations and in the same year that Moonlight (a bildungsroman of queer awakening set in the segregated Miami suburbs) made movie history by scooping its African American director Barry Jenkins a slew of awards- including the Academy Award for Best Picture. The acclaim which these films have garnered certainly makes it feel like Anglo-American cinema is having a ‘gay moment’ (if not the ‘exclusively gay moment’ Bill Condon declared of his Beauty and the Beast, to much media furore). Whilst the visibility of queer characters within mainstream cinema is reassuring, each of these films are assimilationist in the sense that their narratives centre on characters who internally battle with their sexualities. It appears that little has changed since the success of Brokeback Mountain in 2005, a film featuring characters who were (in the words of Jim Kitses) ‘by no means ready for man-love’- a narrative anti-climax which led to accusations that the director had de-politicised queerness in the film. It seems that, in 2017, the mere presence of queerness on screen is not enough to satisfy queer audiences, who long for an activist dimension to queer cinema which does not render queer characters as consumed by self-hatred in order to make their queerness palatable to straight audiences. Miz Cracker, writing in Slate, bemoans that the leads in Call Me By Your Name ‘seem almost aggressively isolated from gay culture or politics,’ a critique which could also be levelled at Moonlight and God’s Own Country, where characters exist in violently hetero-patriarchal spaces entirely divorced from the inclusive worlds of queer solidarity depicted in some other, less critically acclaimed, films featuring queer characters (such as films of the New Queer Cinema). So, does the appeal of films like God’s Own Country lie in the denial of collective political queerness in favour of a more acceptable vision of isolated and frustrated queer desire?

On the contrary, its success lies precisely in its political resonances, resonances that are felt phenomenologically, as opposed to narratively. Phenomenology, in a filmic sense, describes a way of looking at film as more than a purely visual medium, one in which the viewer of the film is engaged in a multi-sensory relationship with the film. Film phenomenology is heavily influenced by the work of the French philosopher Maurice Merleau-Ponty and his theory of embodied perception. Merleau-Ponty famously noted that ‘the body is our general medium for having a world,’ overturning the long philosophical tradition of placing consciousness as the source of knowledge. Using these theories as source, film-phenomenologists like Vivian Sobchack take up Merleau-Pontian thinking to refute the long-held notion that film is a purely visual and narrative medium, suggesting that the medium of film engages our whole body in the act of viewing. Laura Marks argues that the films which are most likely to engage our ‘haptic visuality’ (that is, the viewer’s capacity to translate visual images into physical sensations) are those which are particularly sensory or textual. Whilst it might seem obvious that the filmic spectator experiences film with all their senses (who hasn’t felt their blood run cold at the sight of a serial killer on television or known the exact texture of a dog’s fur when watching a character’s fingers run through it on the big screen?) what is less examined is the political implications of this type of viewing in terms of mainstream queer films and straight audiences.

Arguably, it is the haptic quality of God’s Own Country which renders its depiction of queerness political, for it is this haptic quality which enables the viewer to not only view queer desire, but experience it for themselves. The film has a tactile quality which evokes the wild Yorkshire countryside of its setting with a hyper-real intensity. There is an extreme focus on small, textural details– initially the dirt entailed in Johnny’s farming life and then, as his and Gheorghe’s love blossoms, the textures of daffodils and lambs’ wool of which he takes such care. This haptic quality, combined with the immersive soundscape, plunge the viewer into the world of the film – generating closeness and connection. As the film critic Roger Ebert famously stated ‘Movies are the most powerful empathy machine in all the arts. When I go to a great movie I can live somebody else's life for a while. I can walk in somebody else's shoes. I can see what it feels like to be a member of a different gender, a different race, a different economic class, to live in a different time, to have a different belief.’

In God’s Own Country it is the immersive style of filmmaking which generates this empathy. This is the political power of the film for straight audiences- the ability to not only ‘see’ queer characters but to inhabit their lives for themselves. The empathy between the audience and screen is modelled by Gheorghe, who shows love and care to the animals which Johnny has been taught to brutalise for profit. Rather than leaving a runt out to die in the cold, Gheorghe hand rears it and returns it to the flock. Animals on screen have particular meaning within queer and feminist cinema as symbols of the oppressed. As Sophie Mayer, author of Political Animals, notes ‘putting human life in relation with animal life creates a site for political organisation based in what we share, particularly shared needs and rights, as for transformations.’ In focusing on what he shares with the lamb – a need for food, water, shelter and love, Gheorghe rejects the differences between himself and it that would render it inferior, denying hetero-patriarchal modes of relating to others which have been adopted by film studies. In paying closer attention to the needs of the animals on the farm, rather than simply asserting his superiority over them, Johnny learns how to love Gheorghe. Similarly, the film itself encourages the viewer to pay close attention to Johnny himself, to recognise the similarities between themselves and him through their engagement with the screen. Thus, though Johnny himself is antithetical to the archetype of the politically engaged queer character, his relationship with Gheorghe and the viewer’s relationship with him foregrounds a way of connecting with other grounded in their sameness and particularity. Rather than being ‘aggressively isolated from gay culture or politics,’ the film enacts an alternative, queer politics based on the empathetic embodied communications between human and animal spectator and screen which it evokes- achieving a political resonance far greater than the sum of its narrative.

Sobchack, Vivian, The Address of the Eye: a Phenomenology of Film Experience (Princeton and Oxford: Princeton University Press, 2002) 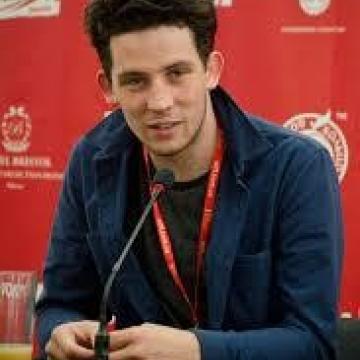