Preparation for the Next Life (2015), by Atticus Lish

Preparation for the Next Life (2015), by Atticus Lish

Being the son of the influential editor and publisher, Gordon Lish, one would think that Atticus Lish had a ready-made entry into the literary world. He dropped out of Harvard after two years, however, and turned his back on the privileged world he had been brought up in to experience the less salubrious life on the streets.

He took low-paid unskilled work where he could find it, and joined the US Marine Corps for eighteen months. He also spent some time teaching in China, and it is these experiences and the types of people he moved amongst there that he puts into his novel, Preparation for the Next Life.

The novel is a long read, packed with incredible detail of place and the happenings of everyday life there. It is the description – simple, vivid, and moving in places – that gives the narrative and all the endless detail a momentum and an energy that keeps one reading on, reading in wonder . . . at his language and his lyricism and his command of the detail and the picture he paints of the life and loves and fears of his two main characters.

Set mainly in Queens, New York, the novel tells the story of Zou Lei, who has escaped the poverty of her life in the northwest of China, Xinjiang province, to seek a better life in America. As an illegal immigrant, she is tirelessly hard working, tirelessly positive in spite of the treatment her mixed ancestry – Uighur mother and Han father -  brings her in the cheap eating houses where she finds work.

She is constantly watching her back and having to move on to avoid Homeland Security raids and the designs of her colleagues. She is trying to get a green card and as a reader you are really hoping she will win through and be able to relax a bit and have some life. However, as an illegal immigrant with false ID she cannot access the legal channels to apply for citizenship without getting locked up in jail again. Despite all her effort and goodwill she cannot remedy her precarious situation. The plight of the migrant worker!

Zou Lei meets and gets together with Brad Skinner, who has been discharged from the army after three terms in Iraq. His experiences there have given him PTSD and memories of the atrocities he has witnessed constantly haunt his sleep. He gets through the days on alcohol and pills funded by his army severance pay, and by working out at the gym.

He seeks help from the army but Defense Department tells him that ‘his psychological trauma had not been caused by the war and he wouldn’t be getting any money for it.’ In his more calm moments he values the relationship he has with Zou Lei and it keeps him ‘wanting to live again’. It is when his landlady’s son comes out of prison and has it in for him that his precarious mental state starts to wobble . . .

This is a brilliant book in so many ways. It is a gentle love story, it is a social commentary on the underbelly of New York. It is a migrant story of hope and hardship that made me think of Upton Sinclair’s The Jungle, published in 1906. What has changed in a century? Newcomers are still exploited, by their own who got there first and by the locals; they have no redress in law and life is hard, very hard.

It is also an anti-war novel as we see Skinner struggle to regain possession of his mind and to rid himself of the impact the army life has had on him. Skinner, also, has no recognition and no redress for the injuries he has suffered. Thus the American ex-Marine and the migrant both live under the radar with as light a footprint as possible, as if they were ‘non-persons’.

Lish’s language is unadorned and factual at times, and descriptive and imaginative at others. It is a rich mixture of tone and cadence that brings to life the New York streets :

Along the curb . . .  people sitting in the Asian squat, selling wallets, belts, New York hats . . . pigs being offloaded onto the shoulders of Mexicans . . . The garbage on the street had a peculiar smell.  . . . A mother was squatting helping a boy urinate in the gutter.

A few pages further on: ‘Broadway in the daylight. People streaming out of the subway, moving in clusters that broke apart into fragments and passed through other columns of people like a strainer.’

The wind in Taklamakan, Zou Lei’s hometown, picked up ‘curtains of dust that moved down the street like giants in dresses.’

A powerful novel, one that needs to be read. 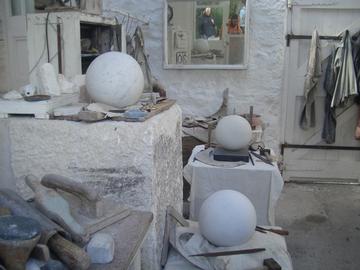