Prince George of Denmark and his Admirals

Prince George of Denmark and his Admirals | Julie Farguson

Prince George of Denmark (1653-1708) is usually seen as a passive consort. Husband to Queen Anne, he is most often characterised as an amiable, retiring figure. In collaboration with the Royal Museums Greenwich, Julie Farguson’s Fellowship aimed to shed a different light on George through a reinterpretation of a group of portraits called the ‘Admirals series’. George commissioned the majority of this series of paintings which, in 2016, were due to be hung in the Queen’s House at Greenwich. Julie hoped to use the paintings as a way to get visitors engaged with George’s life, as part of the Museums’ renewed focus on the House’s royal heritage.

Julie raised awareness of George’s role in the monarchy through a paper presented at a 2017 conference organised by the National Maritime Museum, and a subsequent article based on this conference paper. She also gave a public lecture on Prince George, contributed enhanced online catalogue entries for the Museum, and presented a paper at an Anglo-Danish conference at the National Portrait Gallery.

The Fellowship also allowed Julie to apply for further funding from the Fell Fund and the Royal Museums, which supported an international workshop facilitating knowledge exchange, held at the Queen’s House. As a result of this successful workshop, which resulted in the start of a new project on British-Danish consorts, Julie has chosen her research direction to work more closely with the Royal Museums in future. She also plans to continue with public engagement, working in conjunction with partners including English Heritage and the National Trust. 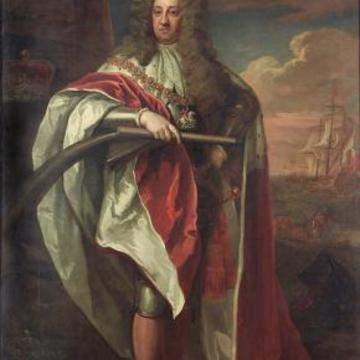