Professor Frank Guridy on "Sport and the Black Freedom Struggle"

Professor Frank Guridy on “Sport and the Black Freedom Struggle”,

I was quite invested in the contentious debate surrounding NFL quarterback Colin Kaepernick and his choice to stand in solidarity with the Movement for Black Lives by refusing to stand for the US national anthem before the start of each game. While some people argued that his protest was unpatriotic and unfitting of an athlete whose job it was to play football and nothing more, I stood convinced that he deserved moral praise for courageously risking his career in order to draw attention to a broken criminal justice system and the devastating impact it has on black life in the US.  For me, as was probably the case for many other people too, this was my first and only time thinking through the relationship between sport and activism, a relationship that I figured was fairly clear cut: an athlete can, as Kaepernick had done, use their platform to advocate for social justice.

But actually, not quite. At his fascinating presentation titled “Sport and the Black Freedom Struggle,” Columbia University Professor Frank Guridy challenged the attentive audience, including myself, to expand and complicate our understanding of the relationship between sport and activism. He positioned Kaepernick’s protest within the broader context of the Black Freedom struggle, placing him and other athletes who use their platform to shed light on racial injustice alongside figures like Angela Davis and Stokely Carmichael, and challenged us to view athletic arenas as potential spaces of collective resistance.

Given that I had known very little on this topic, I arrived expecting to hear mostly about Kaepernick because it was only last year that it sparked heated debate all over the US media. Indeed, Kaepernick’s protest was the entry point for Professor Guridy’s talk; he began by citing the recent politicization of athletes, narrowing in on Kaepernick, and compared it to that of athletes in the sixties, offering as examples Tommie Smith and John Carlos, who also sparked  controversy when they threw up the black power salute during the medal ceremony of the 1968 Olympic games. He then observed that these instances of athletes performing bodily gestures in protest can be understood as a reversal of the commercial uses of their bodies in that they break sport tradition, risking potential revenue, by instead using their bodies to push for political change.

In a sense, this point had reinforced my own view on sport and activism. But Professor Guridy began to complicate that relationship when he shifted his focus onto something not often considered when we discuss sport and activism: athletic arenas as potential spaces of collective resistance.

To start, he drew our attention to the West Coast of the US, where the Black Power Movement was born in the late sixties and where, he observed, sport and athletic arenas were relatively integrated before they were in other areas of the US. This, Professor Guridy added, was partly due to the fact that arenas were in accessible proximity to black communities, didn’t spend much money on security, and kept the cost per person relatively low—meaning that a sporting event was usually a public event in which communities of different races and ethnicities came together to support their local team. In a sense, then, athletic arenas on the West Coast resembled the best of what America struggled, and still struggles, to become, an integrated society in which space is shared and enjoyed across racial boundaries.

This accessibility, according to Professor Guridy, enabled collective black resistance in sport precisely because it presented the black fan base with the opportunity to join athletes in protest of racial injustice. While athletes used their bodies in their own way on the field to express solidarity with the Black Power Movement, as did Smith and Carlos, black people in attendance joined them by doing same, amongst the crowd instead of on the field.

In this way, Professor Guridy pointed out, sport activism wasn’t limited to the athlete; it was more inclusive, engaging the people in audience, widening the scope of participatory resistance in the sporting arena. But this sort of engagement was also happening right outside of the sporting arena, where black youth often gathered in the parking lot to hang out and greet their favorite athletes, many of whom were the same ones bringing activism into the sporting arena.

Professor Guridy’s presentation touched on much more: the Olympic Project for Human Rights of which Smith and Carlos were a part; the way in which the Los Angeles Memorial Coliseum was turned into a space of black celebration during the Wattstax music festival of 1972 that commemorated the anniversary of the 1956 Watts uprising; and the many political activities athletes took part when not on the field. Finally, he concluded his presentation by pointing to our contemporary circumstance in which athletic arenas have become so expensive, hyper-securitized, segregated, and removed further from black communities that they are not nearly as accessible as they once were.

As is probably clear by now, I learned much from Professor Guridy’s insightful presentation. I left that evening with a much more expansive and complicated understanding of the relationship between sport and activism, and a renewed appreciation for what sport can contribute to our ongoing struggle for racial justice in the era of the Movement for Black Lives. 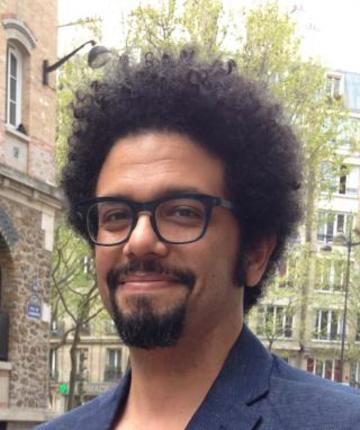