This Saturday, 11th November, the Mellon-Sawyer Seminar Series Post-War: Commemoration, Reconstruction, Reconciliation is delighted to be welcoming Professor Harvey Whitehouse, Chair in Social Anthropology at Oxford, to our panel discussion.

Professor Whitehouse is the Director of Oxford’s Institute of Cognitive and Behavioural Anthropology, a title which demonstrates how his research has developed far from pioneering work into how religious ritual shapes social groups, into the collaborative and multidisciplinary projects engaging with psychology, behavioural sciences, and experimental research, which he now runs with his institute. Though still fascinated by and working on religion, his research has also broadened in scope as well as methodology and current investigations concern the roles of other processes of ritual in social cohesion. Of particular interest to the Series’ examination of post-war commemoration, particularly so close to Remembrance Sunday, will be the light Harvey’s research sheds on key concerns such as the binding and healing functions, or otherwise, of rituals of commemoration. Can Professor Whitehouse, who developed the important ‘modes of religiosity’ theory, improvise a model for ‘modes of commemoration’?

Whitehouse’s current research concerns ritual and bonding during periods of conflict, with recent publications ‘The Ties that Bind Us’ and ‘Brothers in Arms’ exploring social cohesion in extreme conflict environments. His ESRC funded project ‘Ritual, Community, and Conflict’ has seen him and his collaborators survey the experiences of military veterans and Libyan combatants to better understand why individuals in conflict are willing to put their life on the line for their comrades. This project is ambitious and collaborative, with data collection hubs spanning the globe. But can universalising lessons on group bonding be drawn from such diverse contexts? Whitehouse thinks so and, if correct, his research could shed light on the rituals which persuade people to fight and, possibly, the rituals which might persuade them to stop.

Libyan combatants are a world away from the ‘cargo cult’ communities in New Caledonia where Whitehouse cut his teeth as an anthropologist in the 1980s. Several years of ethnographic fieldwork led him to develop his influential ‘modes of religiosity’ theory. His idea, since further tested and elaborated by himself and other anthropologists, hypothesises that the frequency and emotional content of a ritual determines the social organisation of the group: infrequent but highly emotional rituals are related to small and tightly knit groups; and conversely, regular more formal ritual practice is related to larger and more distributed communities.

The cross-disciplinary approach Whitehouse has developed in recent years has enabled him and his collaborators to better understand the rules which govern social cohesion – the ties which bind us as he might call it. But as the Mellon-Sawyer Seminar Series proceeds with its discussion of the ambiguous functions of acts of commemorative ritual – which bond and yet alienate, which heal and yet unearth – we look forward to asking Professor Whitehouse: can the ties that bind also be the ties that shackle? Can Brothers in Arms also become Brothers in Peace? 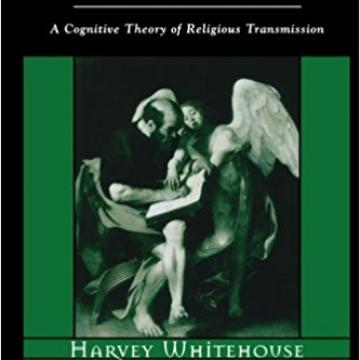