Putting your PE project into action

I spend most of my days poring over medieval manuscripts in the Weston library. I am very fortunate that my doctoral research involves working with medieval codices – every manuscript is unique and I never know what to expect when I turn the pages of the medieval book in front of me. The manuscripts I work with range from large and beautifully decorated deluxe manuscripts to hastily produced ones copied on paper. Studying these objects allows us to draw connections between the physical book and the culture in which they were produced, read and used.

To bridge the gap between an interest in medieval manuscripts and the acquisition of the skills needed to interpret them, I have been offering a free Palaeography for Beginners course for the past three years. The course is kindly hosted by the Iris Project, an initiative which offers free courses for the general public. In this blog post I will share my experiences and offer advice to anyone interested in running a similar skills-based course.

First of all, I wanted to find out whether similar courses existed. I found a number of online resources and the London Palaeography Summer School but I could not find a palaeography course that was free of charge in the Oxfordshire area. I was able to identify a gap in the market.

The next step involved networking with a potential host. At the time I was attending a Latin for Beginners course at the East Oxford Community Classics Centre, run by the Iris Project. As the Centre’s main focus lies in promoting the study of Latin and Greek, I didn’t know whether they would like my idea of offering a course in medieval handwriting. I arranged a meeting with the Iris Project’s coordinator, pitched my idea and to my surprise the coordinator told me that they would be happy to offer my course! So, if you’ve got an idea – be brave enough to share it with people.

My first class of the eight week course was approaching and I put a lot of thought into the preparation of my course material. One of the main things to remember was that I had to assume that none of the course participants had any prior knowledge of medieval manuscripts. For example, it was important to explain all terminology during my first lesson and to talk them through the basics of medieval manuscript production.

Giving my students homework (handing out photocopies of manuscripts plates) was essential because palaeography is a skill you need to hone constantly. However, I had to keep in mind that all of my students were volunteers so not asking for too much preparation was important.

Each class, I focussed on a different script, ranging from the eighth to the fifteenth century. At the beginning of the class I provided students with a short introduction to the script we were about to cover and I drew distinctive letter shapes on the whiteboard. Then I’d ask participants to compare the transcriptions I had asked them to do as homework. At the end of each hour-long class participants would have a go at transcribing one word each.

I found the experience of being involved with public engagement through teaching palaeography very rewarding. It enabled me to gain valuable teaching experience and to communicate my research field to an audience I wouldn’t normally deal with in my day-to-day life as a doctoral researcher. I would highly recommend getting involved with public engagement during your graduate studies – it is an experience my development as a researcher has certainly benefitted from.

Sarah Laseke is a doctoral researcher at Leiden University working on scribal collaboration in fifteenth century manuscripts. She is also the AHRC DTP Administrative Assistant, Humanities Division, University of Oxford. You can follow her on twitter @aclerktherwas 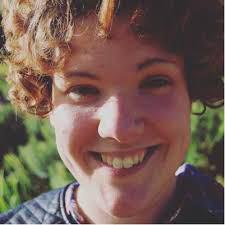