Queerying the Curriculum: Should our study of literature be more openly queer?

Cheyenne Dunnett is currently studying for A-levels in English Literature, English Language, and Fine Art at Suffolk One sixth-form college. She hopes to continue studying literature and creative writing in the future, combining her love of reading with her fondness for writing poetry. In this blog post, Cheyenne discusses the high school and post-16 curriculum, commenting on the possible effects of a lack of diversity in the study of literature.

Literature should mirror life, providing reflections, realities, and truths. It should attempt to change and challenge traditional perspectives. But literature, in terms of the current educational curriculum, does not offer this. Unless we make efforts to give diversity a warmer welcome in the classroom environment, I believe that our society shall be unable to progress[i].

I have been fortunate that my previous school and current college have made recent efforts to embrace their diverse student body, through campaigns and assemblies dedicated to events such as Queer and Black History Month. This is part of steady progress in schools nationwide. In no way am I attempting to lessen the importance of these steps; education on marginal histories is vital. It does, however, prompt one to wonder why this diversity is not reflected in classroom content, too.

To ensure that young people are raised into an accepting society, it is essential that a sense of equality is established from an early age. And what better way to spread the word than through literature? Reading is still a key part of many young people’s lives. In a National Literacy Trust report on what poetry means to ‘young people in 2018’, almost half of the children surveyed stated that they turn to poetry in their spare time, finding reading enjoyable and finding writing to be a beneficial activity of self-exploration[ii]. The report also suggests that reading and writing (particularly of poetry) offers the most extensive benefits for children from disadvantaged backgrounds, which again presents literature as an excellent ground for social change and progression.

At my high school, LGBTQ+ literature was hard to come by; we didn’t study it in class, so our library’s stock was limited. Furthermore, LGBTQ+ literature was separated from the rest of the books available, making it difficult, at thirteen, to research LGBTQ+ themes without ‘outing’ oneself to one’s classmates. Though I appreciated the ‘LGBT books’ list that stood near the librarian’s desk, I was too scared of judgement to ask for access to these books, so ultimately, I was shielded from LGBTQ+ literature until I started college.  This experience of shame and fear is likely shared by countless other students across the U.K. I believe that if diverse identities were discussed openly in your average high school classroom, as opposed to as an issue ‘separate’ from the ‘norm’, there would be far less widespread belief that these themes are in some way something to be ashamed of.

My first experience of LGBTQ+ literature, post-high school, was when I was introduced to Jeanette Winterson’s writing. I was looking for book recommendations and a college teacher of mine suggested that I read Oranges Are Not the Only Fruit or The Passion, both known for their explicitly queer themes. When my teacher suggested this, I didn’t think ‘now, that’s a teacher with good taste’; I panicked, thinking ‘oh god, she must know I’m queer’. I had never casually discussed queer themes before – the fact that LGBTQ+ writers and identities were suddenly mentioned without being questioned or awkwardly ‘hedged’ around was a startling contrast to my high school experiences.

At my college, queer literature is not separated from the ‘cis, straight, white canon’; we enjoyed Winterson’s eloquent prose on a creative level, alongside appreciating her clear feminist agenda in writing. While support is available specifically for LGBTQ+ students, this inclusivity is integrated into the classroom too. In the past year of my A-level studies, we’ve discussed a number queer novels like The Colour Purple, by Alice Walker (which expands on both queer and black history), and somehow, it didn’t feel awkward or ‘wrong’.

Still, I cannot help but wonder whether the improvements to the college curriculum are enough. Most texts I’ve studied so far have been by white writers[iii], and though class discussion is much freer, there is an underlying fear that I believe all queer students face – whether queer theory is considered ‘academic enough’. Queer theory feels like a ‘secondary’ option – it doesn’t have the same secure reputation as the literary or philosophical canon views. For this reason, I believe that queer students everywhere must call for a reconsideration of not only the college curriculum, but the high school one; no one should reach A-level education and still be questioning whether a queer perspective is considered valid.

By encouraging the recognition of female, queer, and non-white writers across the curriculum, we encourage an equality that has never been truly realised in our society, regardless of recent legal and social action. Through literature, we can inspire the kindness and empathy we so badly need in today’s political climate; if we were to expand the variety in the classroom, the world outside of school could become limitless.

Although many people do not quite ‘believe’ the impact that literature can have on our understanding towards others, there is solid evidence supporting this idea. Recent research by social psychologists Emanuele Castano and David Kidd notes that popular fiction tends to portray ‘formulaic’ situations, which serve to confirm the reader’s expectations of others, concluding that, through sheer predictability, popular fiction does not evoke empathy in the way that literary fiction does[iv]. As literature is typically much more character driven, often stepping outside of these ‘formulaic’ norms, it is only to be expected that it is most effective in expanding one’s capacity to empathise. It is surely therefore vital that we demand a more diverse range of literary fiction to be studied; if literature can encourage empathy, it should be used to benefit all groups of society.

In my experience as a high school student, these ideas would not be taken seriously, which perhaps only serves to reiterate how essential inclusivity is. There’s a common misconception that people such as I - i.e. young literature enthusiasts, queer people, feminists - are on a mission to destroy the canon of literature, determined to eventually erase every fragment of male-authored writing from history, and then force the world into a feverish devotion to the Bronte sisters. Realistically, no feminist would want nothing of the sort; writers like William Shakespeare and Thomas Hardy were revolutionary and should never be overlooked. Instead of dismissing the current representation of the literary canon in schools and post-16 education entirely, I would propose a reconsideration of how to study, develop, and improve it[v][vi].

In recent years some publishers (most notably Virago Press) have made successful efforts to bring forgotten work of female and minority writers into both mainstream fiction and the literary canon. I believe that this idea of revisiting the canon with an open-minded, modern perspective would be beneficial in the classroom environment, alongside the introduction of explicitly feminist texts, queer texts, texts by writers of colour, texts by writers with disabilities, and beyond.

By introducing diverse texts earlier on in an individual’s education, rather than placing this responsibility at the door of universities, the literature curriculum would finally begin to illustrate a more accurate view of the ‘real world’. Surely this would keep the study of literature interesting and engaging for all pupils; literature will finally fulfil its potential as a subject not only of high academic value but also of self-discovery and empathy. This ‘radical’ change to the curriculum could introduce a desperately needed acceptance to society; literature is a subject that embraces creativity and self-expression and must therefore seek to engage children through their own creativity and sense of identity. It should serve as a mirror of the current world, a reflection upon the past, and as an inspiring speculation on a promising future.

Edits to this piece were made by the author in January 2022 to use more inclusive language. 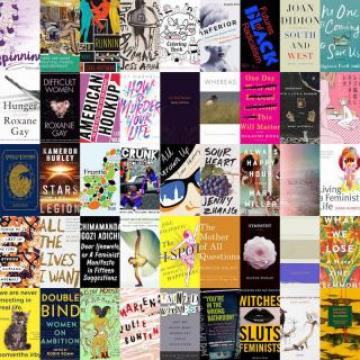