Race, Resistance and the Archive

Race, Resistance and the Archive

Contending with the blank spaces of the historical record is a problem that links the African American slave past with the problem of the erasure of the black body in the American legal system today. In an interview I conducted with slavery scholar Professor Saidiya Hartman in New York earlier this year, she discussed the ways in which "black lives are still devalued by a political arithmetic and racial calculus entrenched centuries ago through slavery".

But how can African American writers archive this erasure and loss in a meaningful and productive way? Is resistance best achieved through a fictional resurrection of the archive or through personal memoirs that acknowledge the void? Revisiting Hartman’s memoir Lose Your Mother: A Journey along the Atlantic Slave Route (2007) alongside Ta-Nehisi Coates' new memoir Between The World and Me (2015)  raises interesting questions about the possibilities of form and language to combat the incessant erasure of the black body in America.

Although her genre-defying memoir Lose Your Mother is often categorised as a 'routes journey', Hartman revealed that she was initially horrified by the idea of writing a personal memoir. As a slavery scholar, she argues that far from wanting to reclaim some former glorified origin, or romanticize belonging, she wanted the text to "follow Agamben’s lead by  looking at  what it means to think about the production of disposable life". She wanted to examine the ways in which “the current racial-capitalist global order, a vertical order of the human, has its origins in slavery”.

Despite wanting to write a pure piece of non-fiction, Hartman reveals that her journey through the absence of the archive compelled her to blend forms and genres. Listening to Hartman, it appears as if the imperative of capturing the absence of the archive involves deferring, both reluctantly and willingly, to personal experience as a way of making that absence felt.

In Between The World and Me, Coates’ framing of his personal memoir within an epistolary form provides a similarly combative and productive mode of writing that transmits and activates loss. In this memoir, Coates writes a letter to his adolescent son after Michael Brown's murder about what it is like to inhabit a black body and live within it in America today. Coates simultaneously documents loss and transforms it into something substantive and edifying through its formal transmission from father to son.  In this way, the text acts as a bequeathed shield against the idea of the destructible black body while simultaneously acknowledging the degradation of that very body in society's eyes.

The deft constructions of genre, form and language in both memoirs are symptomatic of the larger question haunting  African American literature regarding the problem of documenting and archiving loss in useful ways. Hartman's clever use of form, in a memoir made up of fictional renderings of the past and real confrontations with the absent archive, and the poetic-thump beating under the second person narrative of Coates' crystalline prose, got me thinking about how genre-defying writing can be used to  defeat the erasure of the black body.  According to Hartman, with this constant erasure of the black body, with this absence of an archive, "imagination appears to be the only form of redress".

Meleesha Bardolia is a graduate of the Mst. World Literatures in English. 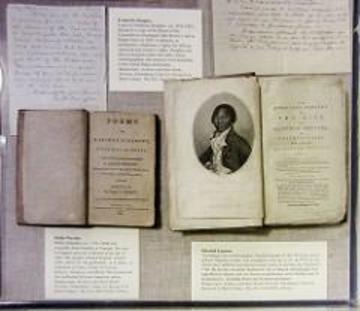