Reflections on a Green Turn in Modern Greek Studies: The case for an Eco-conscious Theatre

Recent eco-criticism in theatre and performance studies in the Anglophone world concern questions regarding the material conditions in which theatre is made and performed and the representational practices that seek to bring the public closer to issues that would mobilize an ‘ecological turn’. What does this turn might look like in the Greek context? How can the arts and theatre in Greece contribute to a creative imagining of an ethics of care about the human and the non-human? Theatre’s potential to animate such imaginings through the affective impressions of its storytelling and the formation of temporary communities evidences its significant role in the promotion of an eco-sensibility. Following examples from global performance practices, a more dedicated eco-critical approach needs to be developed which will complement and extend the dialogue between theory and theatre practice. This eco-critical approach should consist in recognizing the interdependency of the human and the non-human and exploring vulnerability and interdependency as politics on a local and global scale.

The geological era of the Anthropocene reminds us that anthropocentric practices and ideologies have been hugely damaging to our natural environments. Robert Nixon’s term ‘slow violence’ which highlights the invisible and seemingly static nature of violence against the environment draws attention to, on the one hand, the difficulty to apprehend its scale and by extension, to representationally intervene in images and narratives of spectacular violence endemic in turbo capitalism.[1] As Baz Kershaw astutely observes, escaping the impasse or ‘double bind’ created by human performance addiction, requires imaginative ways of  reversing the logic of anthropocentrism: rather than performing on the environment, we need to be performed by it.[2]

How can slow violence be captured in contemporary theatre practice in relation to the Greek geographical context? How can we explore our interdependencies with the non-human or what Jane Bennett names ‘vibrant matter’ which places emphasis on the curious ability of both organic and inorganic inanimate bodies to animate, to act, to produce effects dramatic and subtle’ to emit ‘thing-power’?[3] Whilst there are numerous international examples which follow an ecological approach through the hybridization of different  forms such as dance, theatre and technology or participatory installations and text-based work tackling questions surrounding the human’s relationship with their natural habitat, in the context of Greek theatre and performance, such an eco-conscious approach seems to be more sporadic and difficult to locate. On the one hand, there are a handful of examples in the areas of children’s theatre that seek to foster awareness about the value of caring for the environment as well as other work that takes place outside of theatre buildings (site-specific or site-responsive work), some of which seem to be engaging with how bodies are affected by their environment.[4] This body of work notwithstanding, it seems that more sustained  efforts are needed not only in order to intervene representationally and aesthetically in our perception of ‘slow violence,’ but also for us to adopt a radically greener approach to the making of theatre. Such an approach would, for example, reduce the consumption of energy required to light a stage or put on the agenda the recycling of costumes and sets across different productions as well as using recyclable materials in set design.

In the midst of a global pandemic, our experience and perception of the world has greatly sharpened. The experience of slowing down and the emphasis on caring that has dominated our minutiae in the past few months seem to be gesturing towards the need to decelerate and reconfigure our relationship with temporality, our place in the world and our interdependency with other material and immaterial bodies: we might finally listen to the sound of slow violence and respond to it.

Dr Marissia Fragkou is senior lecturer in Performing Arts at Canterbury Christ Church University. She has published widely on theatre and social engagement in contemporary theatre in the UK and Greece. She is the author of Ecologies of Precarity in Twenty-First Century Theatre: Affect, Politics, Responsibility (Bloomsbury, 2019) and has co-edited two special journal issues on Greek theatre for The Journal of Greek Media and Culture (2017) and on contemporary methods in theatre and performance studies for Σκηνή (2021).

[1] R. Nixon (2011) Slow Violence and the Environmentalism of the Poor.  Cambridge, MA: Harvard University Press, p.8.
[2]B. Kershaw (2015) ‘Performed by ecologies: How Homo sapiens could subvert present-day futures’, Performing Ethos, 4.2: 113-134.
[3]J. Bennett (2010) Vibrant Matter: A Political Ecology of Things, Durham and London: Duke University Press, p.6
[4] See, for example, Anna Tzakou’s geopoetics a practice focusing on an embodied experience of place and the interdependency of the human and its environment and choreographer Apostolia Papadamaki who created the first underwater performance involving able-bodied and disabled dancers. 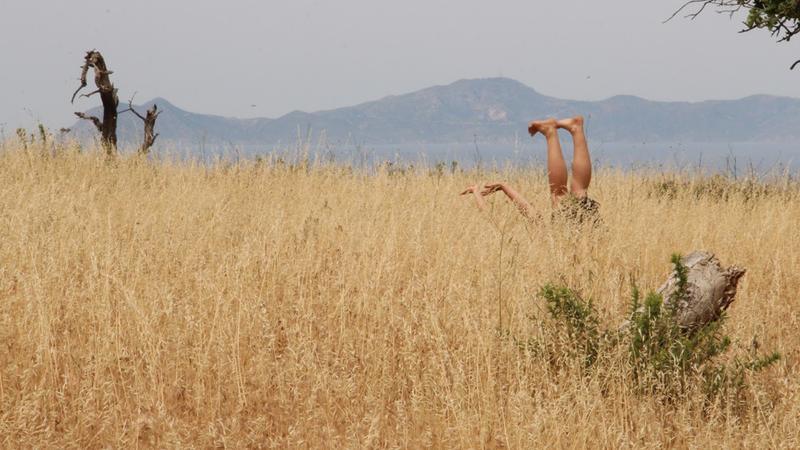