Approaching the anniversary of the Third Queer Modernism(s) Conference, Temmuz Süreyya Gürbüz discusses the influence of queer theory on modernist discourse, and the aesthetic potentials at their intersections

A friend once wrote on her blog: “I don’t believe in a world of cause and effect. I believe in a world of correlations.” Her piece was based on a famous Turkish TV personality that she explained this concept of meta-womanhood through; she thought we cannot comprehend the ways in which meta-womanhood functions with a cause-and-effect-logic, but we can in a world of correlations. I do not intend to discuss this meta-womanhood (in case you are interested, my neuroscientist friend described it as an inaccessible form of womanhood, a womanhood that can never be challenged or falsified, a utopia). But I intend to correlate this rejection of causality with the term “queer modernism” as a starting point to reflect upon the Queer Modernism(s) III Conference which took place at the University of Oxford on April 25th and 26th 2019. When I saw the CFP, its theme “queer networks” sounded like a call for exploring correlations as well as negotiations with causalities, allowing room for conflict in identity and identification. Because “network” as a term signals an aspect of life under modernity, that we need “networking” to be able to connect, that collectivising our identities (hence our research) is something that requires an extra effort to get out of our individualism, I chose to read a subtle sign of critique into the theme. Maybe a network that is queer was exactly the critical space where we could discuss the de-facto modernism(s) within which queerness has been treated according to a cause-and-effect logic – i.e. a gay protagonist equals queer literature. We can see how gay culture is not safe and secluded from the capitalization methods of modernity, but what about queerness as a critical aesthetic that transcends representational methods and cause-and-effect logic? This question in mind, I thought “queer networks” as a theme was a good opportunity to explore the separation between capitalist assimilations behind modernization and the more positive thinking of modernism in modernist studies as an aesthetic strive for change within and from queer perspectives.

I was curious if modernism researchers were interested in non-representational aspects of queer theory, mainly the anti-social thesis which, for example, as read by Robert L. Caserio in his article "Queer Modernism", claims “queer eros cannot be harnessed to political use” (215). Rejecting political use is to “surrender to the undoing” (215), letting desires, as unconscious badnesses giving way to aesthetic correlations, run free. Queer politics versus queer eros: this dichotomy seems to be at the heart of thinking what modernist studies can offer for acknowledging radical expressions. This is observable when we look at how the term “queer modernism” has been explored. Heather K. Love correlates it with the image of the exile, while Caserio reads Jean Genet’s queerness in Prisoner of Love as an aesthetic that “perplexes activism” (215). These inspiring readings almost assert queer modernism is only radical when it does not care to be modernist. As Love explores the relationship between queer and modernism in relation to “bad modernism”:

Both Foucault and Butler suggest that turning a negative category into a positive one cannot be done cleanly: modern homosexuality is bound up with modern regimes of categorization, discipline and stigma. In the context of bad modernism, we might ask whether reclaiming of bad is a reversal ‘that retains and reiterates the abjected history of the term’. As in the case of queer, the modernist affirmation of this term is haunted by its history as an instrument of shame (24).

I presented at one of the first panels called “Deep Cuts: Cut-up, Collage and Craft” along with two colleagues (which unfortunately meant missing the “Queer Sounds” and “(De)Colonial Queers” panels that happened at the same time). Daniel Fountain’s emphasis, informed by his own art practice, on the therapeutic effect of cut-up techniques, such as ripping, tearing, gluing and stitching, was a helpful approach to think about memory as a collage. This approach intensified his reading of Hanna Höch’s collage pieces that lay patriarchal reiterations in the Weimar Republic on the table, re-amalgamating oppressive figures, including fellow Dadaists. The aesthetics that come out of this type of practice has a self-reflexive quality, as Höch’s pieces reflect the exclusionary social dynamics within the Dadaist movement not just through thematical choices, but also through the complex artistic technicalities she adopted. Desmond Huthwaite’s nuanced paper also dealt with the emotional aesthetics of cutting things – but in a more literary sense. Locating Mina Loy’s poetry and controversially futurist Feminist Manifesto (written in 1914) in correlation with Valerie Solanas’ aggressive self-expression in her brilliant SCUM Manifesto (1967), Desmond Huthwaite’s paper beautifully pondered the aesthetics of (un)literary expressionism that potentially dealt with “what it meant to be a cis-woman” in these artists’ writing that was construed by misspellings, cut-ups and ironic incorrectness. In this panel, we discussed that there is something oppressively normative about literalism and succession, aiming to re-conceptualize supposedly modernist canons through disorderly compositions (or in Halberstam’s terms, the queer art of failure), demonstrated by Höch, Loy and Solanas, and in my case, through exploring the aesthetic and political intersections between queer and punk subcultures.

The papers in the “Beyond the Binary” panel explored the non-binary gender worlds with respect to literary, visual, linguistic and theatrical perspectives. It was very inspiring to see the unavoidable abundance of non-binary vanishing points in the modernist canon, demonstrated by this panel through the works of Natalie Barney, Virginia Woolf, Romaine Brooks and Gertrude Stein. Non-binary gender, non-gendered identity representations and ambiguity in pronouns (hence, language) seem to evoke a melancholia as the works of these artists express, as the first presenter Alex Marsh underlined, the ignored potentiality of the non-binary worlds renders “melancholia as an experience” first and foremost. This could also be viewed in the need of aesthetic abstraction of the cubist theatre of Gertrude Stein as Rebekka Jolley explored later on in the panel.

The two keynote papers, Isabel Waidner’s “We Are Made Of Diamond Stuff: Class, Queers, and the Avant-garde” and Anjalie Dalal-Clayton’s “Together We Can Go Far: Black British Artist Collectives and Networks since the 1960s”, were emblematic of the two important functionalities of bringing queer methods into modernist studies: “queering” the canon which means for Isabel Waidner to reclaim and manifest avant-garde experimentation as inherently queer, and “making visible” strategy which means for Anjalie Dalal-Clayton to foreground collectivity within Black British Art and expose the exclusionary practices of the written history of British art. There was a critical sense of open-ness in Isabel Waidner’s reading of a section from their last experimental novel We Are Made of Diamond Stuff and this sense was also indirectly described by the writer as “the inevitable unfinishedness of our work”. Isabel Waidner’s point about this Deleuzean “unfinished-ness” of individuality perhaps is key to understanding why failure in identification can be an aesthetic tool for realizing the need to observe when a blurring between the inclusivity/exclusivity dichotomy occurs. Futhermore, in Anjalie Dalal-Clayton’s presentation, in a slight contrast, there was a sense of clarity in terms of how identity politics shows its most important use in the shape of collective effort to create spaces together, demonstrating an immediacy for creative activity through the works of artist collectives and networks, such as The BLK Art Group, The Thin Black Line, gal-dem and The White Pube. These perspectives seem to promote bringing discrete paradigms and different time frames together to understand what society casts as unintelligible and undesired, to create space of intelligibility and desire to re-cast the sphere into a queer-sphere.

The timing of the conference coincided with an important and painful moment in my research (which is not necessarily in the scope of modernist studies): the realization that researching punk aesthetics and counter-cultures cannot avoid engaging with the paradoxes of modernism; especially the paradox of the avant-garde artist who aspires to sustain authenticity under cultural capital. Furthermore, I have been following Queer Modernism(s) since its beginning and pondering about the parenthesis in its title (and somewhat bond with it as a compulsive parenthesis-user): how does the combination of queer and modernism affect the way we think of both terms’ singularity/plurality? How can queer theory question the ways in which the subject of modernism has been constructed as singular in the first place?

Pluralizing modernism has been an effective method to connect the formations of the new and the readings of the past, problematizing the straight and linear understanding of modernism with a stable past, future and a place. The Queer Modernism(s) conference, with its questioning title, tackles this issue, providing the space to centralize the politics of identity in thinking the boundaries of modernism. Hence, the papers at the Queer Modernism(s) III conference included not only close investigations of queer characters, aesthetics and subjects within modernist art and literature, but also alternative perspectives that offer views of traditionally established modernist texts and authors through a queer prism. These investigations and perspectives covered some of the deconstructive, and at times oppositional, strands of queer studies: the societal, the experiential, the identarian and the non-identarian approaches. For example, by way of looking at the social contexts in which the certain modernist texts emerged, rather than reiterating the canonical status of the texts through the traditions of textual analysis, i.e. focusing on writers’ auto/biographies, letters, life histories as well as the life-accounts of people around them, the broad range of papers throughout the conference demonstrated a collective academic ambition to foreground what once has been perceived as peripheral.

I would like to thank the organizers for their work and friendship and TORCH for their bursary which helpfully contributed towards my visa application and attending this conference.

Temmuz Süreyya Gürbüz is currently a PhD candidate at the Huston School of Film and Digital Media, National University of Ireland, Galway. Her research explores avant-garde cinema, punk subcultures and counterculture in postmodernism through queer theory. She holds a BSc in Computer Science and a minor in Film and Television from Istanbul Bilgi University. She is a co-founding member of Queer Arts Collective Research Group at NUI Galway and a postgraduate representative of the Punk Scholars Network. 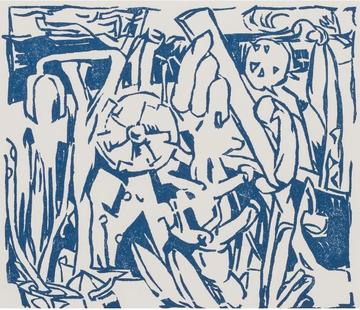