Report: A Workshop on the Global Pursuit of Equality

On Tuesday 31 May a group of graduate students and early career researchers from different disciplinary backgrounds met in St Luke’s chapel to discuss the theme of ‘The Global Pursuit of Equality: Women, Networks and Networking 1800-2000’. The workshop was based on eight pre-circulated papers and presenters were asked to spend ten minutes summarising their arguments.

The workshop began with a panel of papers on American history chaired by Dr Ruth Percy, lecturer in history at St Hilda’s College. Doctoral student in English Literature, Teja Varma Pusapati presented her paper on ‘Lessons in Abolitionism from the “Other Side of the Water”: Harriet Martineau’s Transatlantic Correspondence for New York’s National Anti-Slavery Standard’. Pusapati’s incisive work focused on how Martineau’s political journalism was shaped by her gender and national identity. Katie Myerscough, PhD student from the University of Manchester then presented on ‘Women of the Central West End: The Creation and Curtailment of a Radical Female Dominion in St. Louis, 1900 – 1925’. Myerscough detailed the creation of the female dominion and its eventual curtailment in St. Louis by examining the women’s club movement. Completing the first panel was a paper from Nick Grant, lecturer in American studies at the University of East Anglia on ‘The National Council of Negro Women and South Africa: Black Internationalism, Motherhood, and the Cold War’. Grant’s paper explored the gendered nature of black internationalism. It focused on the role that African American Women in the National Council of Negro Women played in the African Children’s Feeding Scheme in the 1950s and how it led to a notion of black global motherhood.

After lunch the second panel chaired by myself began with a paper from Leverhulme Early Career Fellow Richard Williams on ‘Colonial Courtesans: women and Urdu poetry networks in nineteenth-century India’. Williams’ research centred on the ways in which female performing artists were understood in relation to language, literature, and urban culture. Next, Margarita Vaysman doctoral student in Russian at Oxford discussed her paper on ‘Nikolai Nekrasov’s Girl Friday, or the Pitfalls of Being a Woman Writer in a Nineteenth-Century Publishing Network’. Vaysman’s paper focused on the novelist Avdot’ia Panaeva (1820-1893) and her literary collaboration with poet Nikolai Nekrasov, who was also the editor of the literary journal The Contemporary. Vaysman’s paper delved into themes surrounding the reception of nineteenth century Russian female writers and the ways in which their works were shaped by formal publishing networks. Kerrie Thornhill who has recently completed her doctoral studies in geography then presented her paper titled ‘Trans-Atlantic intersectionality before there was a name for it: the role of racialised women as subjects, objects, and subalterns of 19th century colonisation in West Africa’, which focused on the American Colonization Society in Liberia by drawing on oral and archival sources that document gendered sexual violence.

The final panel chaired by Senia Paseta, co-director of Women in the Humanities and professor of History, consisted of two papers from Kerstin Brolsma, Msc candidate in Contemporary Chinese studies on ‘Li Xiaojiang, Gao Xiaoxian, and their Engagement with Transnational Western Feminism’, which discussed themes relating to the relationship between China and the West and women’s intellectual contributions. The final paper of the workshop, was given by Charlie Jeffries, PhD student from the University of Cambridge. Jeffries spoke on the topic of ‘Sex, Punk, and Zines in the American Riot Grrrl Network’. Jeffries work detailed themes on youth and feminism, debates over adolescence sexuality in the US in the 1980s and 1990s, and the ways in which the media and developments in technology impacted the Riot Grrrl movement.

Women in the Humanities
The Global Pursuit of Equality: Women, Networks and Networking 1800-2000 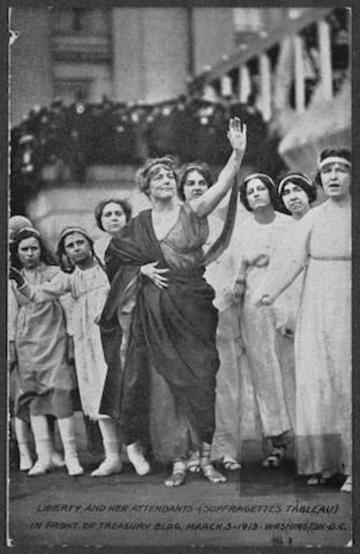