Report- Cross-Disciplinary Phenomenology: A Readiness for the Questionable

I represented the Oxford Phenomenology Network at this symposium, its first collaborative event, organized with The School of English at Kent University. Undaunted by the uncertainty surrounding the preceding day’s Referendum, we convened under the buttresses of Canterbury Cathedral, from a range of European countries, as well as the USA and Canada, and bringing together research interests in philosophy, literature, architecture, nursing, psychiatry, and archaeology in what proved to be a warm and collaborative atmosphere. We heard papers which brought phenomenology into dialogue with a range of disciplines, all inspired in different ways by Heidegger’s and phenomenology’s readiness for questioning and the questionable. The day included papers on insomnia in Proust, the role of the body in reading, an architectural perspective on the new materialism affecting so many disciplines, the absence of a phenomenological alternative to philosophy of language, the use of phenomenology to improve the experience of those with dementia, delirium and psychiatric disorders, the practical role of phenomenology in reimagining ancient lived spaces in architectural fieldwork, and the potential for phenomenology to explain the dominance of digital technology. A roundtable discussion asked whether phenomenology could be political, provoking thoughts on its influence on disability studies, feminism, queer studies, ecocriticism and posthumanism. 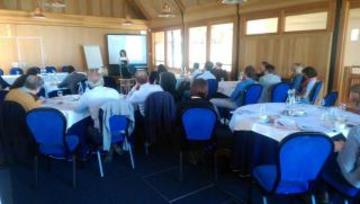 Throughout the day, discussions returned repeatedly to the capacity of phenomenological ideas to dissolve boundaries in our conceptions of human behaviour, and to dissolve boundaries between subject and object, between consciousness and the body, between language and the body, between reader and writer, and between nurse or carer and patient. Participants most often referred to three generations of phenomenology as represented by Husserl, Heidegger and Merleau-Ponty, but there was also discussion of Bergson, Arendt, Levinas, Derrida, Gadamer, Cusset, Marion and Gunther Anders. 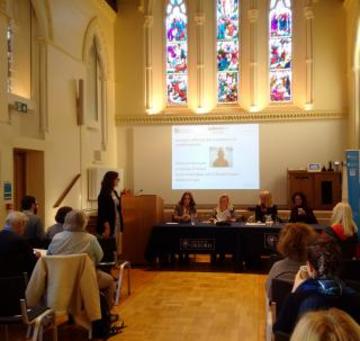