Report on the Medieval Intersectionality Workshop

“I got 99 research problems, and questions of identity impinge on all of them in one way or another” – many medievalists, probably.

Medievalists have been pondering identity for a long time, arguably since long before we were even called ‘medievalists’ and were simply labelled ‘antiquarians’ – just think of seventeenth-century arguments about Saxon freedoms versus Norman yokes.
Lots of work – good and bad – has been done on medieval identity. Any scholar working in the field of medieval studies could point you to an article or book which takes a subtle and nuanced approach to issues of identity and belonging. Equally, I’d be willing to bet that nearly every medievalist has worried, at some time or another, about nakedly political attempts to claim the middle ages as the origin point for modern nativist mythologies about (white) identity and ethnicity.
In March, medievalists of Oxford were asked whether we should be thinking about identity and identities in a more complicated and critical way – and, what’s more, talking to other medievalists about our collective approach to these topics. At a workshop on intersectionality, organised and led by Amanda Power and Robin Whelan, we were challenged to think about identities, experiences and labels as overlapping and, indeed, intersecting.

Identity is not one thing or another: it might be rather like a game of 3D chess, with different levels and different engagements being played out. The social systems of the past are complex things with many moving parts. This may seem an obvious point: of course identity is not a static, singular thing. But it is easy to overlook if we, as researchers, pursue and cling onto, a particular kind of identity as the explanatory key to a whole community, kingdom, or historical problem.

This is where, as many speakers over the course of the day suggested, medieval studies needs to speak to, and borrow from, other disciplines. ‘Intersectionality’ is not our coining – and we are still more likely to meet it in the context of sociology or critical theory, applied to modern societies, than in medieval studies. The term itself might need some reframing and repositioning before we can apply it to the medieval world. This was a point made by Bernard Gowers in his paper on ‘Systacts and Literati’: how do we go about constructing and theorising the right type of language to describe medieval groups? Medievalists, as ever, need to worry about how we fit modern terms to past societies. But along with the worry, might we also have an advantage? Almut Suerbaum peered into a number of religious texts by German religious authors in her paper ‘Virgin Mothers, Lowly Queens’. In these texts which describe personal encounters with God, female authors put on and take off a number of different identities in a single piece. A speaker setting forth multiple identities might not seem so strange to a medieval reader. Here we had the paradox of medieval texts dealing with identity in a more complex and sophisticated way than modern medieval scholars might be doing.

My own contribution to the day attempted to think through the life of a Muslim town, in Lucera, southern Italy, in the thirteenth century. Removed from Sicily and established in a formerly Christian town, this group of Muslims was initially permitted to retain their religious practices so long as they paid taxes. But in the early years of the fourteenth-century, Charles II of Naples dissolved the ‘Muslim colony’ (a potentially problematic label) in an extremely violent process, and its Muslim inhabitants were sold into slavery. The story of Lucera fits well into established historiographical explanations about the hardening of religious identities of thirteenth century, and the story of a slow shift from ‘tolerance’ of non-Christians at the start of the period to their persecution at the hands of Christian authorities by the end of the century. But this big overarching narrative might not be very helpful in thinking through the dynamics of local or individual experience.

In attempting to describe the lives of the inhabitants of Lucera, if we begin and end with the term ‘Muslim’, we’ll not get very far. One might even suggest we do the Muslims of Lucera something of a historical injustice by painting their experience in such broad strokes. Though not an exact parallel, to talk about a ‘Christian’ town in southern Italy wouldn’t tell us very much about the experiences of its inhabitants. That label/category of ‘Muslim colony’ needs more adding to it: not least in terms of the dimensions of local experience. Not every facet of life in Lucera was connected to religious practice, and we need to think about the existence of the town beyond its mosque – in terms of its urban geography, its public and private spaces, and how they were built and experienced.
Much of this research is still at the stage of a thought experiment: to what extent can we capture the experience of a group of individuals deported from Sicily to Puglia, southern Italy, in the early thirteenth century? What sources can we look at to tell us about their relationship to the land, to the town, and to other communities in Italy?

But the point of the day – and the point of trying to be ‘intersectional’ medievalists – was not solely about getting to know our medieval subjects better and finding better words to describe their experiences. Intersectionality is a term coined with an inherently political purpose. It underscores the question of how we draw the boundaries of medieval studies, of who we include and who we exclude – and who gets to do that including or excluding. The watchword for the day was a phrase used by the organisers which came up repeatedly in discussion: we should be making ourselves “usefully uncomfortable”. There is value in worrying about our choices of subject and case study, and value in challenging ourselves to justify those selections. With this in mind, we might possibly avoid the lure of only studying the people who look, or seem to look, like us. We might avoid the trap of writing a medieval Europe that looks just like the academy, as presently constituted. We might also hope that one day both our image of medieval Europe and the face of the academy might look a little more diverse. If this is the beginning of a shift in the discipline, it can only be welcomed as a good thing. I, for one, hope to remain usefully uncomfortable for a long time to come.

Click here to view the report written by Rachel Moss on the same event. 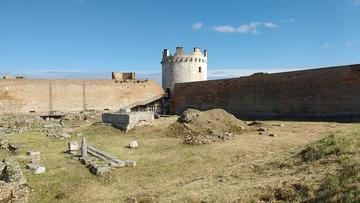