The book chapter that Women in the Humanities Research Grant has given me the time to write is a chapter that situates a key author from the feminist canon within the history of discipline formation in the humanities: it asks how we might understand the American novelist Edith Wharton's early work differently if we consider it in the context of her intellectual exchanges with friends and mentors who were central figures in the foundation of professionalized literary studies, some of whom were important advocates for a particular strain of nineteenth-century democratic liberalism. Reading Wharton's first novel, The Valley of Decision (1902) within this framework allows us to see in sharper relief the contours of her own anti-democratic, elitist political thought. Wharton's critical representation of female scholars and female scholarship plays an important part in the expression of that thought: in the climactic moment of Valley of Decision, a mob of peasants murders a democratic-minded woman scholar who has been trying to liberate and educate them. The larger pattern of critique in which this scene participates has been underappreciated in literary scholarship, my book suggests, partly because literary scholars themselves are among its objects. But paying closer attention to Wharton's critical portrait of this female scholar allows us to gain a fresh perspective on her engagement with Victorian political thought.

This grant has enabled me to look outward from this chapter as well. During the past spring, I gave a paper on Wharton at the "Aestheticism and Decadence in the Age of  Modernism, 1895-1945" conference at the Institute for English Studies in London, and that presentation led to an invitation to contribute an essay to a forthcoming anthology. Most importantly, however, my work on Wharton has expanded in directions I did not foresee and generated questions that point towards future projects. In particular, my work is coming to focus productively on the problem of embodiment, or, more specifically, the problem of the embodiment of the abstract ideal of the liberal subject in flesh that is female. I'm now developing a new project which will consider more closely nineteenth- and early twentieth-century literary arguments about the damaging effects of education on female bodies. Although such ideas might seem flagrantly retrograde, in fact, our own moment has its own controversies about the role of biology or sex in determining a woman's aptitudes, abilities, and limitations; I hope my work will speak to those debates. I have recently accepted a job as a lecturer in nineteenth-century American literature at the University of Bristol, and I'm looking forward to pursuing this project as a participant in their Medical Humanities research cluster, which promises to be a stimulating environment for collaboration. 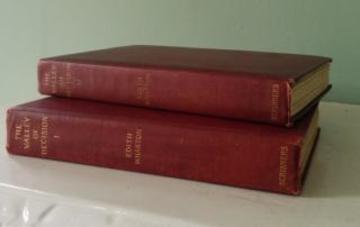