On what was likely a wet day on the 29th June 1878, Oscar Wilde recited his winning entry at Encaenia where he received the Newdigate Prize. He was, however, not the only person to cause a stir at the ceremony for the giving of honorary degrees. The Oxford Chronicle noted that before the Encaenia procession entered, ‘Some amusement was caused by “Three Cheers for Christian Cole”, a gentleman of colour, of University College, who had entered the Theatre a few moments previously and was standing in the area.’

Christian Frederick Cole appears to have been the first Black student to have joined Oxford University. It is possible that there were others who might have preceded him, however without further evidence, if they used European names it is difficult to ascertain.  Christian Frederick Cole attracted a lot of interest with different people writing about or drawing cartoons of him.

While it is unsurprising that this particular anecdote is not mentioned in the many books that have been written about Oxford University, what is stunning is that it took until 2013 for Black Oxford: The Untold Stories of Oxford University’s Black Scholars to be published and furthermore that it was not written by an Oxonian. The book steps up to the huge task of bringing together a hitherto unwritten strand of the Universities history. The scholars described are no lesser than their better-known white alumni such as Bill Clinton or Margaret Thatcher.

Indeed among those detailed are at least six Prime Ministers and Presidents such as Sir Seretse Khama, Botswana’s first President and several prominent educationalists of the calibre of Professor Stuart Hall. What emerges from this clearly written and well-researched book is a history of excellence that it would be imagined the University would be proud of.

Pamela Roberts capably does what she sets out to do which is to provide ‘an introduction to some of the more famous as well as some lesser-known Black Scholars, their lives, their impact, contributions and legacies.’ The carefully chosen photos that accompany the text enhances its impact and helps to bring to life the context in which the scholars studied. For example,  there is a  cartoon of Christian Cole, which illustrates what, would be seen as racial stereotyping today. Black Oxford is a powerful reminder that history viewed through a different lens can be illuminating in ways that are satisfying if unexpected. 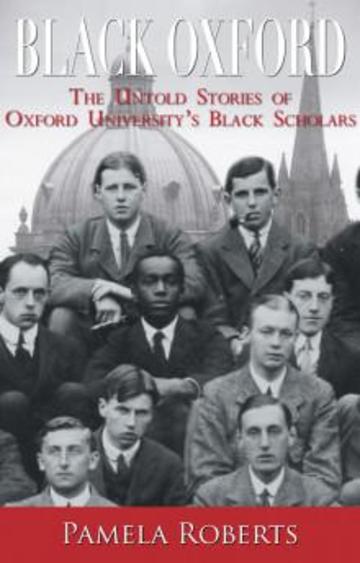