Review of THE SELLOUT by Paul Beatty, Oneworld Publications, 2015

Review of THE SELLOUT  by Paul Beatty, Oneworld Publications, 2015

This is a brilliant book, funny, absurd, playful, inventive with language and imagery, deep and profound.  Beatty creates in the novel a narrative, an absurd, jokey story, about the people of Dickens, a black ghetto on the outskirts of Los Angeles. Through the events that happen in Dickens he looks at racial stereotyping and turns it on its head to make some observations on the state of the nation.

Beatty creates extreme and absurd situations in order to look at attitudes and stereotypes in American society. And in ours? The book is structured in chapters with tempting titles: The Shit You Shovel, The Dum Dum Donut Intellectuals, Exact Change Or Zen and the Art of Bus Riding and Relationship Repair, Too Many Mexicans, Apples and Oranges. In each chapter he narrates some events that happen in Dickens and addresses attitudes and stereotypes. One such stereotype, for example, that he forefronts is that the black man is hugely sexually aggressive and sexually potent, and smokes hash every time he stands still!

Beatty exposes the myth that segregation has moved everyone forward just in separate and different ways. Indeed it has been a good thing for those on the top of the pile. The black children in the segregated school in Dickens thrive while the white children wait for their school to be built, and beg to come into the black school.

‘Too many Mexicans’ is the excuse both white and black Americans use to  ‘remain stuck in our ways’ while ‘dreaming’ over finding better living conditions, a better life. In the Dum Dum Donut Intellectuals chapter, he has a go at the aspiring black intellectual who cannot value his own traditions and history because he is too keen to be part of the middle class normative, largely white, system.

Discomfortingly but powerfully, Beatty uses the word ‘nigger’ often and openly. Bonbon mumbles to the Dum Dum Donut Intellectual Club, that you don’t want to use the word ‘because you don’t have the patience and courage to explain to your children that the “n-word” exists and that during the course of their sheltered little lives they may one day be called …’ by that term.  ‘No one will ever refer to them as “little black euphemisms” so welcome to the American lexicon … ’

The book is not a racial diatribe. It comments on attitudes and behaviours across the racial spectrum. It mentions class as a divisive force, becoming more divisive than race? Its most chilling comment is on the legal system, how fragile it is because it rests on a consensus of agreement on principles, and on interpretation, and how the law has  been, and is still, applied unequally across the races and classes.

The Prologue at the beginning of the book and the final chapter, Unmitigated Darkness, is set in the Supreme Court where Bonbon is on trial for violating the article of the Constitution which lays down ‘equal treatment under the law’. As the judge, of black and Asian lineage states, ‘while no one in this room would deny the basic premise of ‘civil rights’, we’d argue forever and a day about what constitutes ‘equal treatment under the law’.’

The book was written during President Obama’s time in office, over seven years, and I like to think it was Obama’s humane and stable period in office that gave Beatty the space to think these deep and profound issues out and to write them down in such a clever, light-hearted, amusing and original way, in a narrative that entertains as it is thought provoking.

Some of President Trump’s election promises and his early executive orders show how accurate and insightful is Beatty’s analysis of sections of American society. I understand the disappointment of British authors that the prize was extended to writers in English throughout the world but the Prize last year found a good home. It is a big read, and one that is well worth sticking with.

Kathy Clarke lives in Oxford and has a special interest in the literatures of the African diaspora. 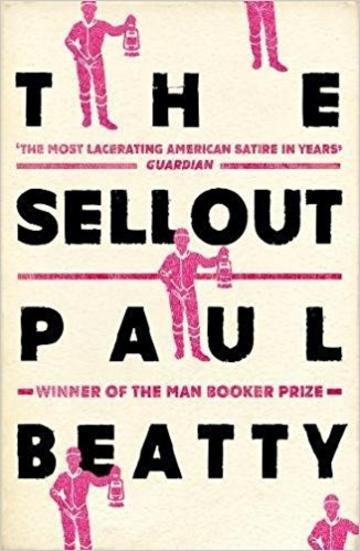