Riots Reframed: A Review
Geography student Adam Elliott-Cooper provides a review of a documentary film by Fahim Alam shown to the ‘Race and Resistance’ network on 6th Dec, 2013

In 2011, the most widespread case of civil unrest in England for decades took place following the police killing of Mark Duggan, a young African-Caribbean man from Tottenham, north London. Soon after his death, we saw four days of disturbances which started in London, but soon spread to almost every major city across the nation.

Walking to his grandmother’s home in Hackney, northeast London, Fahim Alam, who studied Law at Oxford, was arrested by police in the midst of the unrest. He was apparently picked out of a crowd and monitored for 25 minutes because he was wearing “an Arabic shemagh, used by the military". He was held by police for 48 hours, and then imprisoned for six weeks. It took just thirty minutes for a jury to find him innocent of all charges, which included throwing a brick at a police officer. Alam uses his knowledge of the law and state racism, and his experience of growing up in east London, to provide a shocking backdrop for the violence on the streets which dominates popular narratives.

The documentary opens with an account of the events immediately before the unrest, which barely made media attention. A peaceful protest outside Tottenham police station is at first ignored by senior officers, after which a delegation of female protesters is sent the door of the station. When they are forced back by officers, a woman is assaulted by one of the officers, and the male protesters return to the front line. Rather than committing an act of equivalent violence against the police, however, a rock is thrown at a vehicle by one of the demonstrators - the final act in the long prelude to widespread resistance. Riots Reframed seeks to unpack this prelude, delving deeper into the workings of power and structural violence as each theme is explored.

Tackling police harassment, often experienced through stop and search, the documentary takes to the streets of London, allowing young people from the inner cities to articulate their thoughts and experiences. Describing the inevitability of aggression and abuse, they provide a useful avenue to more structured interviews. Building on accounts of police harassment barrister Imran Khan and former hip-hop artist Lowkey bring a critique of the government response: “No human being is mindless”. Providing an analysis of consumer capitalism in which we internalise the notion that who we are is what we own or consume, Lowkey explains looting as a predictable consequence of many riots.

Continuing the theme of violence, analysis from Professor Paul Gilroy and hip-hop artist Akala helps the audience to think about the environment of violence in which we live. The ‘humanitarian bombs’ dropped on Libya and the constant state of war Britain has waged for the best part of a decade leaves many young people growing up in a country in which war has been normalized. Drawing parallels between imperial aggression against people abroad and domestic aggression by people against private property, Riots Reframed seeks external, rather than internal, explanations for the unrest. While mainstream press and politicians blamed poor parenting, criminality or, at best, anger at poverty and policing, Riots Reframed contextualises the unrest within the system of global violence which has been normalised, and thus rendered invisible.

As well as moving through different geographies of violence, Riots Reframed moves across different histories of imperial aggression. The legacies of enslavement, ethnic cleansing and underdevelopment are understood as part of the same narrative that has led to state violence today, both at home and abroad:

"Of course people are gonna start hating brown people, within England, when       they've been around the world murdering brown people for centuries. Why wouldn't that happen?"

Here, we see Lowkey addressing the more overt forms of racism that emerged following the unrest from public figures such as David Starkey, who asserted that it is African-Caribbean culture which perpetuates violence.

One of the most poignant moments of the film is an interview with a young man arrested, charged and sentenced for throwing a petrol bomb at a police officer. After talking about how the unrest was a rare moment in which often divided communities came together against the police, he begins to describe the response of the state. The conditions of imprisonment, in which he experienced isolation, deprivation and serious physical violence, underline the human cost of the state response to the unrest. With over 3,000 people charged with participating in the unrest in some way, the prison-industrial complex is sober, yet logical progression for Riots Reframed. As a sophisticated manifestation of psychological as well as physical control, the state's solution to ending violence is presented as the most damaging form of violence imaginable.

Using multiple voices rarely heard in the mainstream, Riots Reframed offers not only an alternative account, but also a context often dismissed as irrelevant. By combining flash footage from the riots with structured analysis from experts, the film offers a synergy that creates a sophisticated yet genuinely grass-roots perspective. Arrestees are interviewed alongside esteemed academics, building on each other's points and perspectives, and presenting a vital resource in reframing not just the riots, but power in twenty-first century Britain. 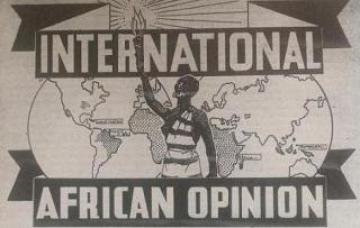