Ruth Simmons on Race and the Curriculum

Ruth Simmons on Race and the Curriculum

Students, staff and University alumni gathered at the Mathematical Institute on Wednesday 2nd November to hear the last in the lecture series entitled ‘Race and the Curriculum,’ a trio of University-wide talks highlighting Oxford’s ongoing project to diversify its curriculum across the humanities, sciences and social sciences.

The first female, African-American President of Brown University (2001-2012), Professor Ruth J Simmons provided an effusive and inspiring conclusion to this lecture series, presenting not only the theoretical basis to diversifying the curriculum but, importantly, practical lessons from her personal experience leading a research group at Brown in confronting the institution’s ‘historical entanglement with slavery.’

Central to Simmons’ talk was the message that higher institutions must lead in efforts to promote desegregation and cultural diversity. ‘It strikes me as ironic that one must talk about diversity in the academy,’ she said at the talk’s opening. ‘Enlightened people have long known that knowledge is not the sole province of one people, of one culture, of one nation.’ As diverse and active communities, higher institutions are able to affect change which provides the example for the public sphere. The pioneering work at Brown University is testimony to this, as well as subsequent student-led movements across the United States, which Simmons outlined in her talk.

Simmons did not shy away, however, from reminding us of the obstacles we face, nor from warning us of the potential pitfalls in such efforts to diversify. She warned of people not paying attention to the latent frustrations within marginalised communities whose contact with more privileged people groups is now closer than ever. Simmons maintained that, whilst increasing the diversity of student intake is a noble aim, the failure of institutions to create a curriculum which reflects this racial, religious and political diversity would only increase these frustrations.

In contrast to the momentum of affirmative action, Simmons warned against the ‘endless succession of accusations’ or ‘blame game’ at work, asserting that institutions should not be shamed into silence but instead encouraged to acknowledge and denounce the aspects of injustice and discrimination within their legacies. The aim should be to talk, Simmons said, and not to go to war; for this to happen, it is vital that institutions honour truth over reputation.

Simmons was nevertheless adept at highlighting the ironies and hypocrisies of leading institutions. She shared one amusing anecdote of how certain faculty members at Brown had shown a reluctance to recruit Toni Morrison to the university’s staff, but showed a miraculous turn of opinion two years later, following Morrison’s awarding of the Nobel Prize for literature.

The brief time of question and answers brought out some of Simmons’ most impassioned speech. In response to one question asking whether we should accept historical figures who condoned slavery as products of their time, Simmons reiterated our present responsibility not to get caught up in a ‘blame game’ against historical figures across the centuries – a task which would, she said, be ‘endless’ – but to acknowledge these injustices as such, and to counter them with our present behaviour. Leaning forward in her chair, Simmons stated with conviction: ‘Everybody today should feel accountable for what is happening today.’

‘I am not immodestly claiming to have the answers to this question of how to frame a curriculum,’ Simmons stated at the beginning of her speech. What she did have for us were years of experience leading efforts to reconcile one higher institution to its legacy of slavery, and with that practical advice on how to implement real change within the academy. She also displayed an attitude throughout her speech and the period Q&A not only of clear conviction but also of pragmatism and patience, providing an admirable example as to how to be both realistic and ambitious in our efforts to realise change. And as Simmons was clear to reiterate throughout, global institutions such as Oxford University should be the leading lights in bringing about social equality and diversity within the public sphere.

You can watch the lecture here: http://www.ox.ac.uk/news-and-events/race-and-curriculum

Jemima Paine is studying for an MSt in Comparative Criticism at the University of Oxford. Her research interests centre on postcolonial literature of Africa and the Caribbean, in French and English. Jemima recently joined the steering group for the Fiction and Human Rights Network (FaHR) at Oxford, a TORCH-based network bringing together the faculties of English and Law to address how the modern novel engages with the legal/political discourse of human rights. 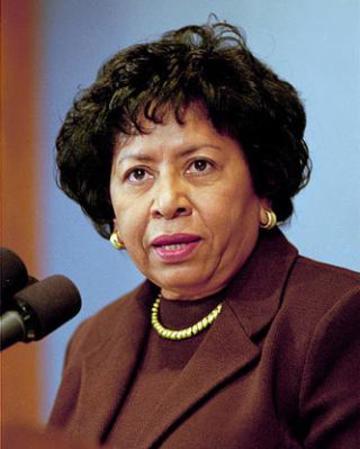