The recently released pilot episode of the BBC comedy, Chinese Burn, has caused much controversy in the overseas Chinese communities and beyond. Written by two of the main characters in the comedy, the episode focuses on the life experiences of three ethnically Chinese women in London. Before it was aired on TV, much of the news coverage about this new comedy emphasises its potential for “savaging Chinese stereotypes” (The Guardian). Just as the opening shots of the episode demonstrate, the writers/actresses intend to challenge stereotypes about Chinese women in the West, such as the successful but submissive gymnasts or engineers, but such intention to subvert seems to come out via a series of even worse stereotypes about both Chinese women and men.

That the writers of this episode can manage to squeeze almost every major racist trope against the Chinese found in the West into a 20 minutes story line is perhaps one of its biggest achievements. There you have the impotent Chinese men constantly mocked as having “an one-inch dick”, the rebellious Chinese actress who knows how to imitate the sounds women of different nationalities make in porn, the failed Chinese daughter who cannot get over her white ex-boyfriend and resorts to having one-night stands with married old white men, and the crazy rich Asian tourist from Taiwan who has no clue about anything and keeps giving bounds of cash to people. The blogger Erin Chew has written a series of articles criticising the show’s racism (Yomyomf). However, how might we try to understand why a comedy produced by Chinese writers themselves contains so much self-racism? Is there something deeper that needs to be contextualised?

(A screenshot from the 3-minute promotion clip for Chinese Burn, entitled “How to Not Date a Chinese Girl” on Youtube, in which the familiar trope of the Chinese bride who marries white British men because she “really does need a visa” is foregrounded.)

Such cultural acts of self-racism by the Chinese are one of the central focuses in my research on the so-called Yellow Peril, a derogatory term invented by the Europeans at the end of the 19th century to express their racist fear as well as disdain for the Chinese. Interestingly, while this vicious ideology of Yellow Perilism had its origins in the pseudo-scientific development of 19th century European eugenics (racial taxonomy invented by people like Johann Friedrich Blumenbach) and was heavily shaped by the West’s colonial interests, its reception in China was rather mixed. Some officials and scholars of the Qing Dynasty, such as Huang Zunxian and Kang Youwei, welcomed this theory of the Yellow Peril and appropriated it to build a rather nationalistic discourse championing the yellow conquest of the world, or at least the equal standing of the white men and the yellow men (Dikötter, 1992). Such appropriation continues to function as a self-reflective mechanism of criticism in the post-Mao era when writers like Wang Lixiong and Su Xiaokang deliberately use various Yellow Perilist tropes to criticise the Chinese government and the so-called “Chinese character”.

(The Taiwanese edition of Wang Lixiong’s Yellow Peril has an explicitly Yellow Perilist book cover design accompanied by blurbs linking this story to other events in history such as the invasion of Europe by Attila the Hun and Genghis Khan.)

That is to say, not only have there always been racist discourses against the Chinese propagated by the West, the appropriative cultural acts employed by the Chinese themselves, which can seem to be equally racist, also form a kind of historical continuity, albeit for every different purposes. In this way, the self-racist tropes used in Chinese Burn can be situated in and contrasted with a series of cultural appropriations performed by Chinese writers and film makers. The key factor we might hold on to in our judgements of such cultural products is thus not the mere superficial manifestations of racist tropes, but the audience the authors intend to engage with and how successful this engagement is.

For post-Mao Chinese writers like Wang Lixiong, their imagined audience was clearly a mono-lingual and mono-cultural Chinese national group living under the influence of the Chinese government, and their self-racism was clearly performed with the intention to at least “warn”, if not better, the Chinese people in the face of sinister cultural and political crises. One may even say that their acts of self-racism are not that different from the self-criticism advocated by literary giants like Lu Xun in the Republican Era. However, for the actresses who wrote Chinese Burn, both the linguistic medium of the show (English) and its media platform (BBC) clearly indicate that their self-racism constitutes a capitalistic spectre for a cultural consumer society dominated by whiteness. Viewing this attempt to change the cultural images of Chinese women in Western societies in the most positive light, one might say that the actresses’ intention is good, as they themselves explained again in Chinese on BBC Chinese (thus presumably speaking to an imagined Chinese audience) (BBC Chinese). However, by assuming that their audience, which is obviously much wider than just the Chinese communities, is as acutely aware of all of the racist tropes (as well as the “fun” of subverting them by exaggerating them) as they are, they have created a show that comes across as not “self-racist for a self-group with a different purpose”, but racist, full stop. Even as one uses the genre of comedy to tell people to not be “so serious about it” (Jolliffe, 2017), Chinese Burn is still like “insiders’ jokes” intentionally exposed to the outside majorities, which then backfire and further damage the already disadvantaged cultural positions of Chinese minorities in the West.

Flair Donglai Shi is a DPhil candidate in English at the University of Oxford. His thesis focuses on the Yellow Peril as a traveling discourse in modern Anglophone and Sinophone literatures. His articles have been published in many academic journals, including Women: A Cultural Review, CLEAR, Comparative Literature & World Literature, and Subalternspeak. He is currently working on an edited volume in Ibidem's World Literature Series entitled World Literature in Motion: Institution, Recognition, Location.

------
Race and Resistance is always looking for new contributions to our blog. If you would like to write a piece, or if you have a response to a blog entry you have read here, please e-mail the blog editor, Annie Castro at anne.castro@mod-langs.ox.ac.uk. 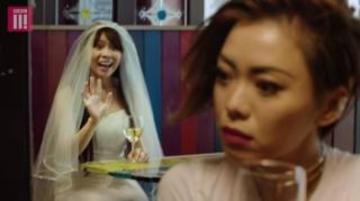