Posted by: Will Ghosh

On the evening of Tuesday 26th January, Professor Sir Hilary Beckles – Vice Chancellor of the University of the West Indies and chair of the CARICOM Reparations Commission – gave a lecture at the Martin School in Oxford on the subject of slavery and reparations: ‘Britain’s Black Debt’. That morning, he spoke to a small group of Oxford students at New College on his ambitions for the reparations movement, and the historical work that underpinned his activism.

Director of the C.L.R. James Centre for Cricket Research and one-time member of the West Indian Cricket Board, Professor Beckles began the conversation on the front foot: the Slavery Abolition Act (1833) – which required the payment of £20 million to the slave owners in compensation for loss of ‘property’, but which required that the slaves themselves serve out an unpaid, six-year apprenticeship (as further defrayment of their owners’ losses) – was ‘one of the most racist pieces of legislation ever formulated in the British parliament’.  Not only were the slaves left homeless and uncompensated for their suffering, but they were forced – in effect – to purchase their own freedom from a group (and within a wider society) that they had helped make rich.

The central analogy that Beckles posited was this: imagine a woman who has for many years been abused by her husband, who has been subjected to physical violence not least when she has tried to assert her own independence and liberty. She finally leaves him, but when her ‘free-at-last’ euphoria subsides, she finds that she has consigned herself and her children to poverty, separating them from the family wealth and infrastructure that she had helped to create. For Beckles, this metaphor serves to describe both the post-emancipation and the post-independence periods in West Indian societies.

The demand for reparations, he says, is not a new one. This point was being made by Caribbean thinkers – indeed, by the slaves themselves – at the time of emancipation. ‘I wanted to link the reparation debate to the current economic underdevelopment in the Caribbean, where the sheer weight of the colonial mess has threatened to overwhelm even the best efforts of the regional authorities’.

This elision of the legacies of slavery with those of colonialism per se is – of course – a contentious issue among historians. Interested readers should consult Beckles’s 2012 book Britain’s Black Debt  to see his argument in greater detail. His final analogy, however, offered an example of his point in miniature. From the slave period onward, the agricultural economy of his native Barbados had been organised around the production of sugar. Upon independence, long after the sugar boom of the eighteenth century, sugar prices had tanked. Rather than helping Barbados to restructure its economy, however, Britain advised Barbados to create demand internally: eat what you grow. Today, type 2 diabetes is the single greatest public health problem on the island, which has become known internationally as the ‘amputation capital of the world.’

‘Reparatory justice,’ Beckles believes, ‘will become the greatest global movement of the Twenty First Century’. Parallels between this movement and the Rhodes Must Fall campaign – itself demanding a new kind of reckoning with the imperial past – were hard to miss. ‘Contradictions exist,’ Beckles acknowledged when asked about the current controversies, ‘but the process of educational dialogue is to debate them and try to move forward.’ People have argued that the Rhodes Must Fall movement is an attempt to erase history, but for Beckles there is a distinction between acknowledging the past and ‘monumentalising it, heroizing it.’

On the university campus in Cave Hill, Barbados – site of a former slave plantation – they have come up with a novel solution. ‘Quaw’s Quest,’ he explains, is an educational installation remembering William Quaw, a slave who lived and worked on the estate, but who, teaching himself to read and write, became a champion of Afro-Caribbean liberty and advancement after emancipation. Who do you iconize, is his question: who is at the centre of your story?  ‘This is a fundamental educational moment,’ Beckles concludes. ‘The world is changing, and for the better.’

Tessa Roynon adds: Sir Hilary Beckles’s lecture was a highly significant evening for Oxford, in that it was the Inaugural event in the new and very welcome ‘Race and the Curriculum’ series. Sir Hilary pulled no punches, while creating an atmosphere of optimism and determination about moving forward both with the reparations agenda and with real change in this university in terms of increased diversity in the curriculum, in the student body and at faculty level. He testified to the appointment of Professor Louise Richardson, who introduced the lecture and who is this university’s first woman Vice Chancellor, as evidence of the reality of political change. Implicitly, he left us with two important questions: with regards to reparations, what kind of a citizen does each one of us want to be? And what work can each one of us do to help Oxford University fulfil its potential as a place of ‘enlightenment’ and ‘justice’?

Will Ghosh is completing a DPhil on the history of Caribbean thought.

Tessa Roynon is currently working on Ralph Ellison’s Three Days Before the Shooting …,  and is the editor of this blog.

You can watch a recording of Sir Hilary Beckles's lecture here: http://www.ox.ac.uk/news-and-events/race-and-curriculum 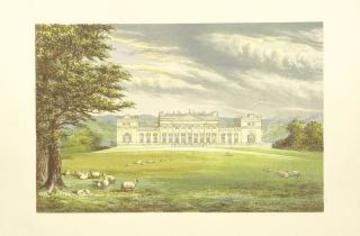