In 1979, former South Korean president Park Chung-hee was assassinated. When reviewing the incident, a chief investigator ruled that it was “too careless for a deliberate act and yet too elaborate for an impulsive act”. Han Kang’s latest novel, translated from the Korean by Deborah Smith as Human Acts (2016), uses the Gwangju Uprising which Park’s death precipitated as a point of departure. Spanning two centuries and seven focalisers, it is a profound conversation between not only the deliberate and the impulsive, but also bodies – and souls – in trauma.

The novel opens in 1980 as a 15 year-old-boy searches for his missing friend amidst citizens’ corpses. Challenging the reader with second-person narration, this first chapter alternates between describing gore and poetic remembrances. Like Han’s earlier novel The Vegetarian (also translated by Smith in 2015), the text repeatedly lingers upon “lumps of meat”; in this instance, the fixation on flesh contrasts with a disembodied boy’s experience. His soul’s implied concern is that concepts such as ‘dignity’ or ‘nobility’ are nothing more than constructs, used to arbitrarily define certain beings’ rights in relation to others’.

Natural images of water, plants and animal life are juxtaposed in the next five chapters with prolonged passages meditating on torture and grief. In the face of the uprising – which Han describes in lurid, unsettling detail – it is difficult not to wonder whether humans can ever be said to possess inherent moral compasses. The novel lingers over pain, like tonguing a wound. At several points, I had to put my copy down. What better way to address pain than to provoke it?

An awareness of present-day contexts contributes to a sense of horror while reading. Set in 2002, the chapter “The Factory Girl” features a student who interviews a survivor of the uprising for his research. With the novel having caused significant controversy in South Korea, however, it is evident that many citizens still know very little about what actually happened during and after the event. (There is no official death toll, but estimates range from 200 to 2000.)

The epilogue of Human Acts reveals that it is not only a novel, but also (auto)biography; Han is heavily invested in the boys’ stories because of her own family’s history. There are no trite evocations of reconciliation, here. Jumping between tenses and perspectives, the text speaks to the danger of repeated acts which threaten to cause further pain.

Highlighting the universality of shame, Han questions the supposed sanctity of humanist values without trivialising reality or preaching solutions. The novel warns against the process of repression, and is preoccupied by humans who choose not to care about shared suffering. It is an essential read for anyone who wants to reconceive justice beyond limited definitions of ‘human nature’.

Caitlin Stobie is a Commonwealth Scholar at the University of Kent, Canterbury. 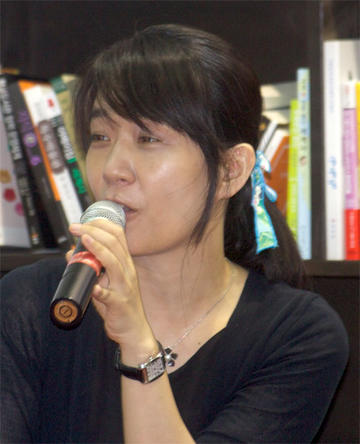