Professor Jonathan Herring (from Oxford’s Faculty of Law) explores the ways in which the novel Still Alice, published by Lisa Genova in 2007, expands and complicates conventional understandings of human dignity. This piece is an edited version of the paper he presented at the Fiction and Human Rights Network launch event, ‘Dignity and the Novel since 1948’, which took place on 7th November 2015.

Lisa Genova’s Still Alice has received critical acclaim, sold millions of copies and been adapted into an award winning film.  It opens with Dr Alice Howland, a professor of Linguistics as Columbia University, at the peak of her career.  It describes the progression of her early onset dementia, from her perspective.  We travel with her starting with from the earliest signs of the condition (forgetting a word during a lecture; getting lost jogging), which are dismissed by Alice as moments of oversight.  We move on to increased difficulties which make it clear to Alice that there is a serious issue, and on to the formal diagnosis.  There are then the understandable feelings of disbelief, rejection, anger and a struggle to continue life as normal.  These inevitably unravel and the book explores how the condition impacts on her professional life and her relationships with her husband and children.

Why have I chosen this novel to discuss dignity?  There are a range of views on what dignity means.  These often are built upon a foundation of what we believe it is to be human.  And how we would like humans to be treated.  What it means for humans to flourish and what it means to respect others as fellow human beings.  The nature of personhood is at the heart of the matter.

For many commentators, the right to dignity, like many other human rights can be based on an ideal of a capacitous, independent, self-sufficient individual.  A James Bond like figure striding off into the sunset to single handedly fight off the forces of evil.  The role of legal rights and dignity based on such a norm is to preserve that state.  So dignity and other human rights are used to preserve individual autonomy; to keep others away; to ensure self–sufficiency and independence.

These understandings of dignity tend to elevate the ability to engage in rational thought and to act on ones decisions as the hallmark of dignity.  As Kant put it, “... Autonomy then is the basis of the dignity of human and every rational nature”.  This reflects the earlier thinking of Cicero, for whom. “Man’s mind, on the contrary, is developed by study and reflection … . From this we may learn that sensual pleasure is wholly unworthy of the dignity of the human race. ’

It is reflected also in more recent work of Ronald Dworkin with the distinction he draws between critical interests (the deeply thought through beliefs and values which shape our lives and need strongly protecting) and experiential interests which are more animalistic, desires of the moment, reflecting our current urges, which deserve much less protection.

Dementia is, on this understanding, an horrific attack on dignity.  It leads to a loss of those core attributes of being rational, self-sufficient and capacitous.  Professor D.H. Smith writes of dementia:

[A]lthough cancer kills you . . . it doesn't remove your very humanity. . . . It doesn't turn you into a vegetable. . . . All diseases are depersonalizing to some extent. But you're still human. But a person with a serious dementia is no longer human. He's a vegetable. That's devastating. Fearsome. Terrifying, to anyone who's ever seen it--the thought that it could happen to you.

Yet, something has gone very wrong with our understanding of what it is to be a person or what it is to have dignity if a person with dementia can be understood as no longer having dignity and even being a vegetable. I would defy anyone to read Still Aliceand describe her or her journey in those terms.

The error lies in the understanding of the self as being self-sufficient and autonomous.  We do not need to buy into this understanding of the self.  Few of us do in fact regard ourselves in this isolated way.  From our very beginnings we are in relationship with others.  It is our relationships which give us the language we used to define who we are and what do.  And when we have the language we describe ourselves in relational terms:  sister; daughter; pupil; poker player.

Our plans and goals are connected with those around us.  We rejoice in the good news of our friends; we cry when our relationships break; we look for our children to flourish.  We must recognise our deep dependency on others.  In our nature we are vulnerable, in desperate need of caring relationships with others.  We need the emotional support of those close of us to keep us through the dark days.  We rely on the practical support of our governments and communities for food, sewerage, transport, water.  Our health is tied up with the health of those around us.   The human self in its nature is profoundly relational, vulnerable and interdendent.

Those conceptions of dignity that elevate the mind and intellectual processes as being central to what it is to be a person miss the point.  We are people not just of the mind.  We are people of bodies.  Our bodies are central to here we are and yet the body in its nature is constantly open to harms and hurts and must rely on other bodies for support.   We are people of vulnerability.  We are breakable and woundable.  And we are people of emotions.  We are governed far more by our fears, our loves, our desires than the cold rational autonomy that stalks many accounts of dignity.  We are, as Mary Neal, writes “a union between the fragile/material/finite and the transcendent/sublime/immortal.”

For this profoundly relational, fragile sense of self dementia is not the great disaster.  The lack of capacity for rational thought is the lot of us all most of the time, even if in dementia it is more apparent than it previous was. Our need for help in making decisions is as it always was but more openly acknowledged.  Our need for the support and love of family and friends may be more visible, but at root it was always there.  The centrality of love in our lives is still present.

Dignity is not compromised by dementia.  It just makes manifest what was always true.  Our past and present blur together; touch is key.  Just as in Still Alice Alice is still Alice.  She is the mother, wife and friend she always was.  She is loved and loves.  A deeply dignified person, upheld by love in her relationships.

Her family do not value her for her rationality; for her wit; or autonomy.  They love her because she is still her.  She is loved because in relationship with them.  She is part them and they are part her.  The lesson of the book is found in its closing.  What gives life its value, its meaning, its dignity, is not autonomy or self-sufficiency.  As Alice in the closing of the novel says,   “I feel love. It’s about love”.

Jonathan Herring is DM Wolfe-Clarendon Fellow and Tutor in Law at Exeter College, University of Oxford. 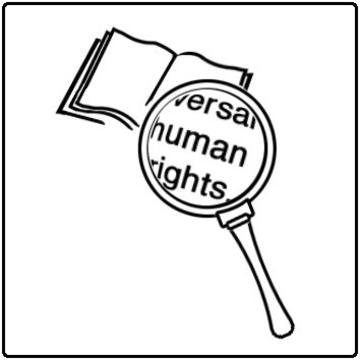