Stepping into a dimly lit temple hall in Egypt can reduce the blazing sun to shafts of white light, which pierce tiny windows to illuminate shadowy figures of gods and kings, locked in eternal ritual across the stone. These sublime moments become all the more pronounced when we remind ourselves that these were spaces where real people lived and worked, bustling around courtyards and scratching their names into the walls. They also remind me of the experience of reading ancient Egyptian literature as an undergraduate, and teaching Egyptian art as a DPhil student. Beyond understanding grammar, mastering the hieroglyphic script, and appreciating the historical and social issues illuminated by texts and images, we were reminded to bring material and experiential contexts—landscape, memory, and community, among others—to bear on our interpretations.

Participating in the Talking Emotions project was a great way of exploring how we might work towards comparable vistas onto different kinds of artefacts, ones whose contexts have changed or have been lost: fluorescent lights now illuminate many tombs, and museums are filled with objects removed from the homes and bodies of their ancient owners. These circumstances are the products of academic Egyptology, whose 18th- and 19th-century colonial origins gave rise to a mix of antiquarianism, scientific methods, and the decoupling of ancient objects from their owners to serve broader agendas. The history of Egyptology continues to influence scholarship today, and alternative approaches are hampered by the gulf of time and space. How might we gain more intimate insights into experiences from so long ago, from a culture that can seem so vastly alien, without letting our wealth of systematic models and symbolic interpretations sacrifice emotional perspectives for the intellectual? Are there ways of balancing the two?

I chose to talk about a cosmetic spoon in the shape of a ‘swimming girl’ because it is small, personal, and most of all delightful. It is both familiar to Egyptologists and relatable to people who know little about ancient Egypt. The glass case in which it sits hampers both visual and haptic engagement, but situates it among related objects, so that the spoon frustrates hopes and inspires imagination at the same time. The spoon provides us with just the right balance of knowledge and unknowing to bring about productive discussion anchored in our own emotional responses. The workshops organized as part of Talking Emotions were very useful in this regard, since they provided us with analytical tools and frameworks which helped me to articulate, communicate, and reflect upon intuitive responses.

All this might seem worlds apart from the mainstay of my research, which involves theorizing about how our concepts of image and representation relate to ancient Egyptian ideas. It can often seem rather dry, and I don’t say that just because I’ve been battling my DPhil thesis for the past two and a half years! When you’re sunk deep in material gathered painstakingly over many months, it’s easy to forget that the things you’re examining were part of intensely sensorial and emotional experiences. I look at coffins, tombs, and magical objects which protected mothers and children. They were made for birth, death, and perhaps even the hazy moments of confusion after waking from a dream. As scholars, we engage with the conceptual because it is what we are trained to do, and it is what confronts us most directly in our attempts to understand different people. But to actors embedded in those frameworks, other aspects likely took centre stage: the emotional, the aesthetic, the phenomenal.

Learning about how emotions have been harnessed and represented by an array of cultures has been a wonderful opportunity to foster a more well-rounded appreciation for the diversity of human experience and scholarly endeavour. Academics often neglect to acknowledge emotions, as if they muddy the waters of rational, logical argument. The Talking Emotions project has offered time and focus for reconciling the domains by recognizing that both spring from imagination and empathy, and have parts to play in humanistic research.

This project has been generously funded by the AHRC-TORCH Graduate Fund. 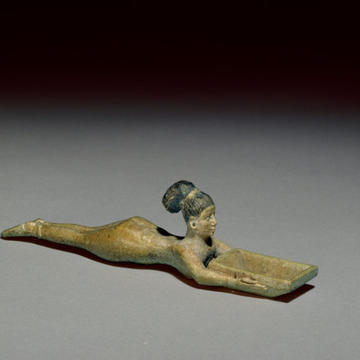