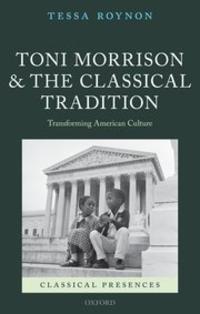 A committee of Morrison scholars judged the book the best of the 11 book-length studies of Toni Morrison published by major presses between 2012 and 2015. The award was announced at the ALA conference in Boston at the end of May. Some of the comments from the Awards committee included 'a landmark contribution to Morrison scholarship' and 'an insightful intervention in American cultural studies'.