In the third of our blogs, AHRC doctoral candidate, Sofia Ropek-Hewson (University of Cambridge) considers depictions of testosterone and alchemy in Paul B. Preciado’s Testo Junkie: Sex, Drugs, and Biopolitics in the Pharmacopornographic Era (2013). The absorption of testosterone appears to function through an alchemical process in Testo Junkie; here, Sofia examines the gendered implications of his discussions of alchemy and witches.

Sofia will be leading a lecture and seminar on Paul B. Preciado’s theories and work at TORCH on 19 January 2018. All welcome. Click here for more details.

Paul B. Preciado is a contemporary Spanish philosopher and curator: he writes on bodies, pharmacology, pornography, gender and sexuality. Testo Junkie combines critical theory, philosophy and experimental narrative in an examination of the effects, and affects, of testosterone. The text is also auto-experimental: Preciado takes testosterone and observes and notes the resultant bodily changes; his narrative is interspersed with theory relating to gender and sexual politics, pornography and contemporary drugs.

Preciado advocates collective ‘becoming molecular’, and his preferred method is the application of testosterone: the substance has ‘no taste or colour, leaves no traces’ (Testo Junkie, 2013: 139, 67). Preciado writes that testosterone ‘dissolves into the skin as a ghost walks through a wall. It enters without warning, penetrates without leaving a mark […] it’s enough to bring it near my skin, and its mere proximity to the body causes it to disappear into and become diluted in my blood’ (67). For Preciado, testosterone is mysteriously, magically intangible. He adds that the administration of testosterone ‘isn’t easy to detect with the naked eye’, but it is ‘changing the hormonal composition’ of his body ‘substantially’: ‘modus molecularis’; it represents ‘potential transformation’ (141). The ‘alchemy of testosterone coursing through’ Preciado’s blood allows him to both envisage his body ‘with and without a cock’: he ‘takes turns’ at imagining different bodies, alternately performing the existence and absence of a penis (88). But even while conjuring a cock, he knows: ‘the moment I get undressed, she’ll see only one of these bodies. Being reduced to one fixed image frightens me’ (he writes of his partner, Virginie Despentes) (88). Later in the text he describes the fundamental importance of not recognising oneself: ‘de-recognition, dis-identification is a condition for the emergence of the political as the possibility of transforming reality’ (397). For Preciado, Testogel enables dis-identification, and de-subjectivation as well as subjectivation (becoming a subject), and its effects and affects are frighteningly, powerfully impermanent. In comparison with the reliably sturdy dildo hanging on the door of the bathroom in an earlier chapter, his imagined bio-cock, a product of alchemical testosterone, feels slippery and incorporeal.

Preciado writes of the ‘alchemy of testosterone’ and describes the body’s ‘imaginary’ construction: despite the pharmacological origin of his Testogel, he associates his testo-body with magic, invoking medieval chemistry (20). In an earlier chapter of Testo Junkie, he writes that witch-hunts concealed the ‘criminalization of practices of voluntary intoxication and self-experimentation’ (152). Purported ‘witches’, using herbs and engaging in rituals, with whom he identifies and, with which he associates his testo-project, symbolised a threat to the new professional and scientific orders (152). But ‘alchemy’ often refers to the transformation of base metals into gold, an area of proto-chemistry dominated by monks, theological students and other restricted social enclaves: in order to attempt to make gold alchemically in England, you were required to purchase a licence from the king (2013 :56). In summary: Preciado aligns his project with both medieval, ritualised practices of self-intoxication and self-transformation accessible through and accessed by women, and with gendered, restricted knowledge common only to men – specifically, theologians and kings. But Preciado also criticises the parcelling up of common land concurrent with the witch hunts, and the restriction of knowledge to professionalisation. Accordingly, perhaps his, technically illegal (he has a testo-dealer), applications of testosterone are an incitement to amateur alchemy – using any substances to hand, transforming unfinished bodies and subjectivities through alchemical splicing. His practices and rituals are also an incitement to amateurism in general, and to the invocation of body-knowledge and self-experimentation associated with witches.

He first acknowledges the thrill of amateurism and experimentation when he opens a pack of Testogel and reads the accompanying warnings: ‘Attention: Testogel should not be used by women’ (58); ‘to guarantee the safety of one’s female partner, the patient is advised to observe a prolonged interval of time between application of the gel and the period of contact (59). The product is ‘reserved for the adult male’, immediately implying the disruptive potential inherent in abuse. Preciado notes with glee: ‘How can such trafficking – the micro-diffusion of minute drops of sweat, the importing and exporting of vapours, such contraband exhalations – be controlled, surveyed; how to prevent the contact of crystalline mists’ (65). But, crucially, Testogel is capable of subjectivation as well as de-subjectivation: Preciado acknowledges that the ‘crystalline mists’ do ‘function as a substance for the manufacture of masculinity’, rather than simply its infiltration, or deconstruction (224). Preciado’s comparison of testosterone applications with alchemy reveals his valorisation of transformation, but also gold, the end-product: masculinity. He writes that ‘de-identification’ is a condition for the ‘emergence of the political as the possibility of transforming reality’, but also exalts testosterone (397). Base metal is dull and indistinguishable; gold is reflective and singularly, valuably ‘present’ – gold provides Preciado with a mirror which reflects his imagined bio-cock, and his embodiment of masculinity.

Kren, Claudia (2013), Alchemy in Europe: A Guide to Research, Routledge. 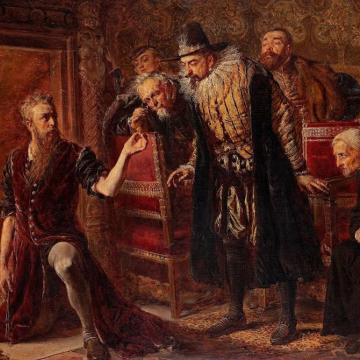