Scholars such as John Sloboda, Ben Anderson and Michael Pickering and Emily Keightley have demonstrated that the most valued outcome people place on listening to music is the remembrance of past events. With an event as universal and traumatic as the First World War this value is even greater.

The nature of who is remembering what has changed over 100 years as those with first-hand experience of the period have died. Take for example two pieces written in the War’s immediate aftermath. Arthur Bliss’s choral work ‘Morning Heroes’ is a deeply personal tribute to lost comrades, most notably his own brother. It was the first work to set one of Wilfred Owen’s poems to music. Yet its use of heroic Homeric verse has made it deeply unfashionable. Havergal Brian’s surrealist comedy opera ‘The Tigers’, though conforming to Fussellian irony, should be far better known and is crying out for a première production. In the 1920s Bliss was in tune with current remembrance practice and Brian out of tune. Today the position is reversed.

This leads us to ask the question: what approach to war does the piece take? I have been significantly disappointed by the majority of classical music composed for the centenary as it is stuck firmly within both the British myth of ‘blood, mud and futility’ and the somewhat recent concept that all soldiers are victims. The latter seems to me to deny them their individuality and imposes a universality on a far more complex set of experiences. The former, by emphasising the specifically British interpretation of the War, fails to address transnational issues and fails to interpret the War as a global conflict – in exactly the same way as British myths of the Second World War also do.

Whilst a great deal of the popular music about the First World War composed over the last 50 years is also strongly mythic, there are some examples that attempt to shake off the shackles. Somewhat counter-intuitively, several pop and rock artists’ works are more complex in their treatment than much longer ‘serious’ pieces. They certainly don’t glorify the war but what they do suggest is that, for some, the war was liberating rather than destructive and that war can bring out the best as well as the worst in people.

It is interesting that several of these ‘myth busting’ artists are women or have prominent female band members. They include Portland indie band the Decemberists; the extraordinary Diamanda Galas who is an American of Anatolian and Greek extraction; the British all-female electronic rock band Electrelane and, perhaps most prominently, PJ Harvey, whose Let England Shake is one of the few examples of rock music that is able to mirror the complexity of war.

With all the great music being produced by popular musicians, and I could add many others such as the dub-reggae collective Brain Damage and Vibronics, it was appalling that the BBC’s music-related centenary project was to commission 50 new pieces from folk musicians only. Don’t get me wrong: there are some great folk and folk rock songs about the war but what the BBC was doing was looking back instead of forwards.

What I’d suggest that these more radical works I’ve mentioned are doing is rejecting our current over-sentimental and mythologized approach to remembrance and instead giving the dead, in all their multi-faceted complexity, a contemporary voice.

The Decemberists ‘The Soldiering Life’ https://www.youtube.com/watch?v=a99SmtnDbUQ

Diamanda Galas (with Rotting Christ) ‘Orders from the Dead’ https://www.youtube.com/watch?v=T7ZmK6DKDs8

Electrelane ‘The Valleys’ (based on Siegfried Sassoon’s poem ‘A Letter Home’) https://www.youtube.com/watch?v=vtbjvQbLd6s

Peter Grant was a panellist in the first workshop of the Aural Commemoration strand, ‘Music and Memory’. You can listen to the panellists’ presentations on our podcast series. 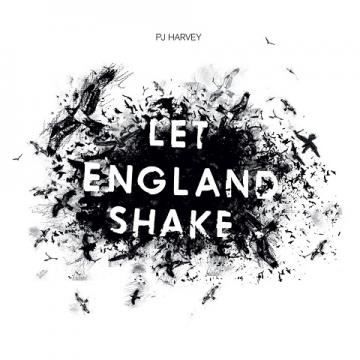