The Future of Academic Activism?

Is activism – the use of direct, public action to bring about change – compatible with the methodologies and responsibilities of academic research? Is it possible to maintain scholarly objectivity while being committed to particular principles or agendas? Can teachers who openly hold distinct positions teach their students to think independently, or will they consciously or unconsciously exercise influence and curtail students’ intellectual freedom? Many people within and beyond academia would unhesitatingly answer ‘no’ to each of these questions.

This position is coming under challenge from climate scientists and others concerned about the failure of societies to act on the unambiguous findings of scientific research. There may be good reasons for revisiting our convictions around the place of activism in academic life.

To begin with, there is a long and perhaps surprising history behind the view that serious scholarship can only happen at a remove from the world and its concerns. It is not, as one might assume, an achievement of the Enlightenment, intended to protect rational enquiry from the interventions of church and state. It is much older than that. In western academic practice, it is a direct inheritance from the monastic communities from which modern universities grew. The monks considered that since all truth originated with the Christian god, only the celibate individual, shut away from the world, its pleasures, problems and challenges, was ‘pure’ enough to be able to seek it. Over the centuries, this entrenched ideology was used to limit and delegitimise unwelcome scholarly involvement in public affairs. It continues to resonate in contemporary concerns around academic ‘activism’. We have long since abandoned the epistemology that underpinned it, together with the notion that scholars should be men without domestic responsibilities. We should now be asking whether we still believe that the best thinking for the twenty-first century is really done at a remove from profound personal investment in a liveable future.

What does it mean to research and teach in times like ours without commitment to change? The IPCC and the UN warn that we have less than a decade to make drastic alterations to the whole functioning of our societies if we are to avoid catastrophic levels of warming. There is little sign that politicians or enough of the electorate are willing to hear this message. Under these circumstances, what deadly status quo does a disengaged stance tacitly support? It has been the great achievement of the powerful over the centuries to preside calmly and with good humour over every kind of injustice, while irritably deriding the legitimate, living anger of the marginalised as emotional, irrational or naïve, and therefore not to be taken seriously. The same pattern continues as the affluent cheerfully make ‘economic rationality’ the justification for rendering parts of the planet inhospitable to human life, while claiming that only an ‘extremist’ would object to these proceedings. If the academy remains quiescent under this provocation, knowing the cost to current and future generations, it is likely to face more uncomfortable questions than those posed at the outset of this piece.

Universities, like all educational institutions, are being extremely slow to adapt to the radically altered reality that is pressing upon human societies. Aside from disciplines that are directly involved in relevant research – chiefly in the sciences – climate change, ecological deterioration, and unfolding human consequences hardly rate a mention beyond small, dedicated pockets of research. Researchers in humanities and many social sciences generally accept that climate change is anthropogenic, but despite this still don’t see the development of societal responses to it as requiring expertise in humanity. Students are still recruited with promises of the sort of bright future that won’t exist for them unless things change fast. Their articulate demands for climate education are still not widely heard. Covid-19 has shown that universities, like all other public institutions, were capable all along of responding rapidly to existential challenges. Unfortunately, the instincts of most universities during the pandemic have been to drive existing neoliberal agendas even harder, rather than to pause and consider what the universities should now become. The bonanza of student fees was not spent on improving the working conditions of researchers and teachers so that they might have the security and intellectual space to develop the necessary new thinking for our times. This situation looks unlikely to improve in the coming months.

It is – and has been for decades – a matter of the greatest urgency to think our way into the sort of change that cannot be avoided if humanity is to survive on anything like familiar terms. This is a task that requires wide commitment from universities as educators, researchers and intellectual leaders. We are currently the prisoners of the very ways of thinking that are placing us in such danger. We must disentangle and expose the roots of our flawed values, methodologies and worldviews, and in every field of enquiry find new and invigorating ways to think and act; to engage with our peril. This will help us to educate generations whose lifetimes will take them deeper into the mess we have made. Our students will not have our luxury of hiding in the dying days of old certainties, but will need to be prepared for hard and focused work in unstable times.

If there is one lesson that should have been learned in the last thirty years, it is that accepting the principle of a separation between the realities uncovered through academic research and the unrealities generated by ‘the real world’ is dangerous. It is hard to predict the costs and consequences of a different strategy around ‘academic activism’. There are many kinds of activists, and much to be said for the process of striving for objectivity even while recognising that it is not a human trait. But it is increasingly hard to see what academics are for, if we don’t put our expertise, across and among disciplines, into responding to the escalating threats that are already devastating the most vulnerable regions of the world. 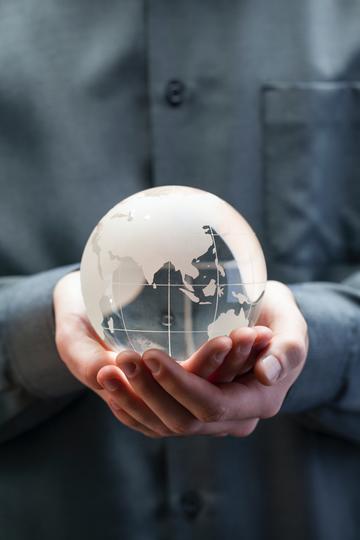