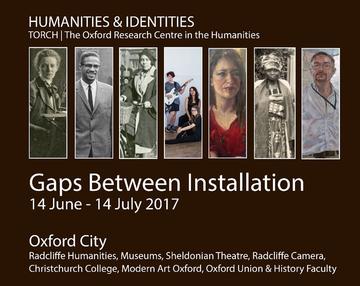 Like many cities, Oxford has a long and varied history. Woven throughout that history are the stories of many people and places.

The ‘Gaps Between’ Installation highlights and celebrates some of those people and stories, aiming to widen the perception of ‘what is Oxford?’

On the railings of the Radcliffe Camera, arguably one of the most recognisable buildings in central Oxford, there will be a selection of three images including Professor Merze Tate. Professor Tate was the first African American woman to attend the Oxford University as a student at St Anne’s College in 1931 and was a world-class scholar (selected by historian Dr Imaobong Umoren). Dr Umoren also selected a photograph of Kofoworola Moore from Nigeria, who, in 1935, became the first African woman to graduate from the University of Oxford. She is also notable for writing a first-hand account about her experiences in Britain, which appeared in colonial expert Margery Perham’s 1936 edited collection, Ten Africans. This will sit alongside an image put together by Oxford Women in Politics (OxWiP) who collated images of African women at Oxford and asked them to select a picture of their Oxford.

In addition to researchers’ selections, photographs and stories have been chosen by community groups in Oxford, including Ark T Centre in Cowley and Young Women’s Music Project (YWMP), Arts at the Old Fire Station and Modern Art Oxford.

The ‘Gaps Between’ Installation is part of the ‘Humanities & Identities’ Series at TORCH, which focuses and supports multiple research areas including race, gender, sexuality, disability, poverty, class, religion and inequality.

This installation will be followed by the TORCH mobile app ‘Oxford Alternative Stories’ which will showcase and celebrate the diversity of Oxford. The mobile app will be launched in October 2017.

The Gaps Between Installation will be up from 14th June – 14th July 2017 in public spaces around Oxford. Click here to view the map of the installation.

“The University of Oxford is always proud to support thought-provoking research and community-led initiatives”, said Professor Louise Richardson, Vice-chancellor of the University of Oxford. “The ‘Gaps Between’ Installation, together with the TORCH ‘Oxford Alternative Stories’ mobile app, raises the profile of some of the hidden stories of people and places in Oxford.

I would like to congratulate TORCH and the IT Innovation team for developing a wonderfully creative new way for people to discover Oxford’s many diverse voices, stories and collections, particularly those which have frequently been overlooked. The University of Oxford is delighted to support this exciting new mobile app, which showcases ‘Oxford’s Alternative Stories’.” 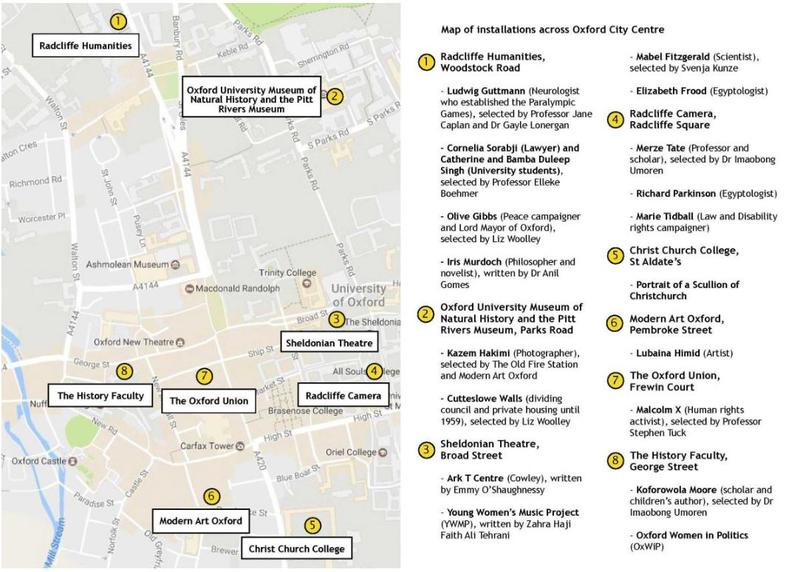 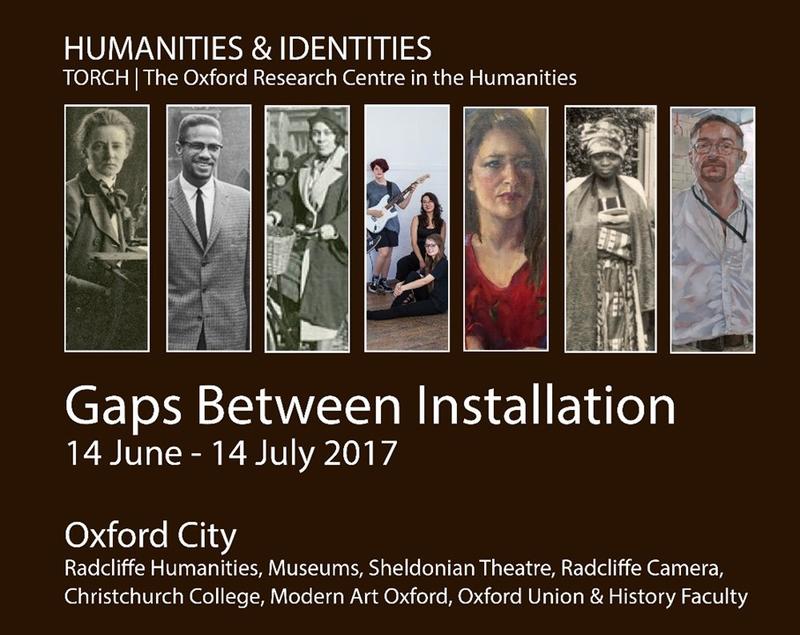