The Global Pursuit of Equality September 2016 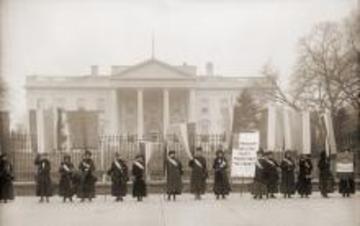 Following the interdisciplinary graduate and early career researchers workshop held in May 2016 on the theme of ‘The global pursuit of equality: women, networks and networking 1800-2000’, the next event will be a two-day conference held on the same theme at The Oxford Research Centre in the Humanities (TORCH) from the 26-27th of September 2016. This conference will bring together graduate and early career researchers alongside senior scholars to explore the ways in which women’s local, national and international networks helped to facilitate equality, drive political, economic, cultural and social change, and challenge overlapping systems of oppression over the nineteenth and twentieth centuries. During the conference, there will be two keynote lectures by economist and writer Devaki Jain and the William B. Ransford Professor of English and Comparative Literature and African-American Studies at Columbia University Farah Jasmine Griffin.

During the conference, there will also be a roundtable discussion about the role of networking for the development of graduate and early career researchers academic careers.

We welcome papers from those in the humanities and social sciences especially graduate students and early career researchers. Topics on networks to be covered may include, but are not limited to, the following:

Proposals for 20 minute presentations should include a title, as well as the author's name, address, email address and institution affiliation, along with a 250-word abstract and 100-word biographical statement sent to womenandnetworks2016@gmail.com Proposals for panels of up to three speakers are also welcome. Selected papers from the workshop will, subject to peer-review be included in a forthcoming edited collection. Please indicate in your proposals if you would like it to be considered for the edited volume. Submissions are due by the 10th of August 2016.

Women in the Humanities
The Global Pursuit of Equality: Women, Networks and Networking 1800-2000