The 'holy dresses' from Wienhausen: Materiality and devotion in a late medieval convent

Among the riches of late medieval devotional art preserved in the former Cistercian convent of Wienhausen, in Lower Saxony, is a wardrobe of ‘holy dresses’ (or heilige Röcke as the textile conservators called them) made by the nuns to clothe statues of Christ, the Virgin and the saints according to the liturgical season. The garments were sewn in the decades between 1469 and the 1530s, following the introduction of monastic reform. Around 20 garments, sewn from a patchwork of small pieces of precious velvet and silk survive. They range in size from a few centimetres to just under a metre in length and display intricate tailoring by the women who stitched them.

These ‘holy dresses’ were the topic of a recent presentation by Henrike Lähnemann to the Institute of Conservators (ICON). Her involvement with the project to conserve and catalogue these little dresses was serendipitous. While restoring the ‘holy dresses’, the conservators made an unexpected discovery. The seams and hems were stiffened and strengthened with fragments of parchment from discarded manuscripts. Henrike was invited to work with the conservators to identify and catalogue the texts, which are described in the publication Heilige Röcke.

Henrike described the nuns’ use of small pieces of precious fabrics and strips of parchment as a process of creative recycling. She explained how the little garments were constructed from a patchwork of small pieces. Discarding manuscripts that were no longer needed during a period of spiritual renewal was a common practice. Parchment was taken from legal, liturgical and devotional manuscripts the nuns no longer required. The fragments were chosen and used pragmatically, cut to fit seams and hems, making best use of different sized manuscripts. The dresses materialise the spiritual and practical reorientation of the community after reform. Nuns fashioned garments from recycled materials to make new objects, here clothing, as a tangible means to make their presence felt within the tradition of the monastery.

The aspect of the talk that intrigued me most is why these ‘holy dresses’ were made and what they can tell us about late medieval female piety. Clothing statues was a widespread practice, common in monasteries and churches. Gifts of garments were offered to the saints in hope of a spiritual favour in return, similar to votive offerings. Dressing holy figures could have a variety of meanings. Rich textiles and ornaments were understood to signify the holy attributes of the objects they enrobed. Holy figures arrayed in precious fabrics, jewels and delicately wrought filigree crowns were thought to generate sacred presence. The precious silks and velvets were once ornamented with metal bracteates (like sequins) that reflected in the light. Even now, damaged by age and light, the fabric shows a lustre and texture that may once have been thought to represent divine beneficence. 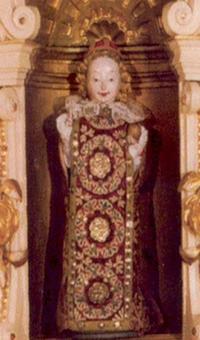 Dressing and undressing statues was also a performative and sensory experience. Touch created a sensible experience of the sacred. Interaction with statues while clothing or handling them could also be spiritually transformative. Religious women’s visionary writings recount their imaginative experiences of swaddling, dressing or shrouding the body of Christ from infancy to his death. For example, Margaret Ebner’s visions of swaddling and nursing a doll-like figure of the infant Christ evoke the physical intimacy of women’s spiritual encounters. Richly attired figures of the Christchild surviving from northern German convents show that nuns in this region may also have clothed these figures in similar devotional performances.

The visual richness of the late medieval cloister at Wienhausen is key to interpreting the meaning of the garments. As Henrike outlined, statues of holy figures were dressed to celebrate major feasts such as Easter and Christmas, through which the nuns imagined themselves engaging with Christ and the angelic hosts. Clothing a statue also altered the appearance, and thus the meaning of the figure. Wienhausen is unusual in that several of the statues for which the ‘holy dresses’ were made are preserved in the monastery. We can gain insight into what dressing holy figures meant for nuns here by looking more closely at how dressing changed the appearance and meaning of the Risen Christ, the figure central to the nun’s devotional culture. 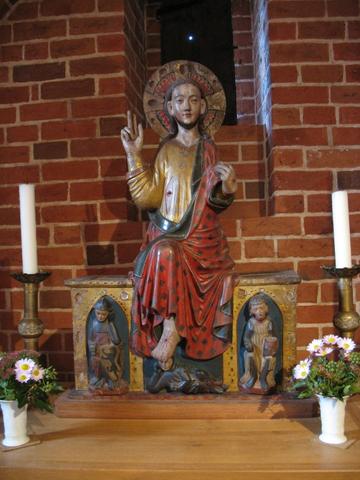 Figure 3 – Statue of the Risen Christ at Wienhausen

A green silk robe, adorned with bands of once-red velvet, embroidered with stars, was made to clothe this figure. The fading of the green silk indicates that it formerly stood on the altar in the nuns’ choir. Flanked by two timber angels, the Risen Christ was central to staging Easter celebrations in the cloister. The distinct iconography of Christ stepping out of the sepulchre also features on other devotional objects at Wienhausen, such as images on parchment, on the painted ceiling of the nuns’ choir and in stained glass, underlining its importance for the nuns’ devotional culture. 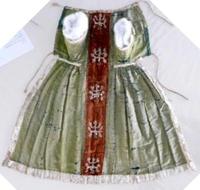 The figure has an eye-catching red diamond-shaped wound painted prominently on the left ribs. This is usually interpreted as evidence for the nuns’ penitential piety and devotion to the Passion. Yet, the green robe was designed to drape over the figure’s torso, obscuring the side wound from view. The robed figure shifts devotional attention from the painted wound, with its associations of penitential piety and the Passion, to the green robe and the figure’s upright stance as it steps out of the sepulchre, and the glory of resurrection. The figure formerly was adorned with a silver crown, symbolising the reward of heaven.

The garments nuns made to signify the glory embodied by holy figures also alluded to nuns’ own clothes. Nuns received a linen band crown, worn over their veil, when they were consecrated to religious life. This crown symbolised their virginity and spiritual espousal. The connection between nuns’ own clothing and their hopes for celestial glory are clear in a letter written in May 1518 by Abbess Elizabeth of Elvern of Medingen to her two nieces at Lüne for their ‘wedding day’ or investiture as novices. This letter is one of the remarkable cache of letters preserved at the former Benedictine convent of Lüne, now being edited by The Nuns’ Networks project. Elizabeth addressed the girls as conciva angelorum, fellow-citizens of the angels.  Her soul rejoiced, she continues, because they shortly will change their attire and will be clothed with ‘garments of salvation, in the robes of faith and [. . .] in a robe of righteousness.’1 She elegantly interlaces references to clothing from the monastic  entrance rituals to underline the transformative promise embodied in the girls’ clothes. 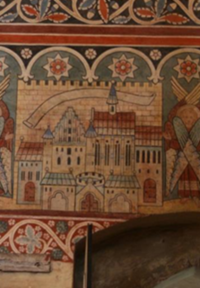 Figure 5 – New Jerusalem on the ceiling of the nuns’ choir

Wienhausen’s nuns also pictured themselves as conciva angelorum among the angelic hosts. In the richly painted ceiling of the nuns’ choir, the New Jerusalem is depicted above the doorway the nuns used to enter and exit. The buildings of the heavenly city share the same distinctive gable as the monastery, drawing a clear visual parallel between the two. The decorated ceiling augmented the glorious splendour of heaven evoked by the ‘holy dresses’ adorning the figures of the Risen Christ in the choir.

These ‘holy dresses’ show how clothing mattered for nuns’ religious identity. They also show how attention to the materiality of an object can reveal new insights into aspects of female piety. While penitential piety and affective devotional responses based on compassion for Christ remained a feature of nuns’ spirituality at Wienhausen, nuns also fashioned ‘holy dresses’ for the Christ and the saints to express their confident self-image and expectation of salvation.

Clothing Christ and holy figures in garments sewn by their hands enabled nuns to assert their presence and their relation to the divine. ‘Holy dresses’ offered a vibrant  expression of the promise of glory that was located not in the distant heavenly realm of the future but which could be touched and experienced in its material splendour in the here and now.

Julie Hotchin is an Honorary Lecturer in the School of History at the Australian National University, Canberra. Her research focuses on the material and devotional cultures of women religious in northern Germany in the later Middle Ages.