THE LANGUAGES OF J. M. COETZEE 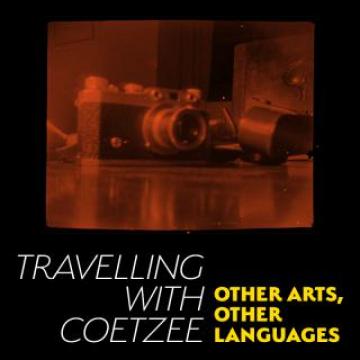 Much is at stake when writers’ names are hard to say. Their chances, first of all. Will Sigizmund Krzhizhanovsky ever compete on fair terms for the global reader with his kindred spirits Jorge Luis Borges (a lesser phonetic problem) and Italo Calvino (no problem at all)? Then there is the divisive matter of stress. Nábokov or Nabókov? The first wrote in English, with Strong Opinions, while the second wrote in a different tongue, tone and era. A tutor of mine, perhaps aiming for the middle ground, used to call him Nab.

In a third category, battle lines are vaguer and embarrassment levels higher. At an invigorating and very well-conceived conference held earlier this month in Oxford, Travelling with Coetzee: Other arts, other languages, I lost count of the different pronunciations of the Nobel laureate’s surname. If Hermann Wittenberg, a Cape Town scholar who has collaborated with Coetzee on various projects, offered a confident version of the most common pronunciation of this common Afrikaans surname (think “book” and “idea”), Elleke Boehmer, Professor of World Literature in English at Oxford, was no less assured in adhering to the version endorsed, in a letter to the BBC, by J. M. (that’s John Maxwell) himself: kuut-SEE. Other speakers appeared to have worried away at the word for so long that it resisted comfortable articulation. Only in the final panel did Arijana Božović, who has translated twelve of Coetzee’s books into Serbian, offer an anecdote that helped clarify the issue. When she first picked up a novel by Coetzee in South Africa, the bookseller explained to her that in the north of the country people say “kuut-SEE-uh” but “Here in Cape Town we say kuut-SEE”. The author himself, present in the audience for the first time, did not break his silence.

Aside from its historical ramifications, which I will leave to others to explore, this phonetic dilemma tapped into one of the conference’s most promising veins of inquiry. In itself, the word “Coetzee”, as Peter McDonald suggested in his paper “The Writer as Graphic Artist”, is of a piece with a challenge repeatedly thrown down by Coetzee’s fiction: to confront readers’ “blindness” to “writing as a graphic system”. Time and again, his novels draw our attention to the fact that the printed language (unlike the printed photograph, another theme of the conference) is less fixed than we might like to assume. Thus, Crusoe becomes “Cruso” in Foe (1986), whose cover designers for the first edition, as McDonald noted, assisted the author by drawing the letters of the title in sand. Pleasingly, the author’s own signature (as I can now testify) ends with a squiggled “ee” that tapers away, as if trying to escape.

McDonald might also have drawn on The Childhood of Jesus (2013), where the displaced child, David, tries to read Don Quixote (of all books) before he is really able to read at all. This does not bother David: “I don’t want to read the letters. I want to read the story”. He attempts a compromise by feeling the individual letters and “reading through his fingers”. What David really seems to want is his own language, his own communicative medium, not the language and stories imposed on him by others, as if what comes out of a language should be different from what was put into it. Coetzee’s experience as a computer programmer for IBM in London in the early 1960s (described in Youth as a form of clerk-like drudgery) has come to serve the author, McDonald commented, as “a metaphor for the worst kind of rationalist thinking”.

The preoccupation with creating a space outside and between existing languages has run hand in hand with Coetzee’s pronounced interest in translation. A published literary translator himself (from Dutch and Afrikaans) who ran translation workshops during his academic career, Coetzee places the act of translation between the reader and the “message” he perpetually defers. As few critics properly acknowledged, the lingua franca of the immigrant town where Childhood of Jesus (and its recent sequel) unfolds is Spanish; we are, therefore, reading a kind of translation. Yet that is not the whole truth either, for Coetzee has his characters say things like, “That is why we have the idiom: He does not have an idle bone in his body”, batting the reader back into “native” English. At all points, Peter Boxall stated at the beginning of his eloquent paper on this novel, we are confronted with the question, “What language is Coetzee’s work written in?” In giving us an English idiolect that is deliberately “hollowed-out”, “already translated”, “estranged from itself”, even “at odds with itself” (arguably, like much of the English now spoken across the globe), Coetzee supplies “the terms by which our condition is to be thought again”. Equally, he gives us “a hymn to translation”. Here, we might also think of The Master of Petersburg (1994), where Coetzee’s compelling portrait of a fictionalized Dostoevsky, in circumstances adapted from Demons and Crime and Punishment, is mediated through language hovering somewhere between translation, translationese and Coetzee’s own, distinctive cadences.

At first glance, the rich conference programme appeared weighted towards the creative dialogue between artistic media within Coetzee’s work, towards a notion of “intermediality” whose conceptual validity the philosopher Stephen Mulhall spent his paper assessing with due diligence and scepticism. Overall, however, the papers I heard succeeded best in illuminating something more essential in Coetzee’s oeuvre and self-presentation: the particular type of elusiveness he cultivates. This elusiveness seems to depend on the author inhabiting zones not only between languages and identities (is Coetzee South African or Australian?), but also between genres and categories of truth: in particular, the fertile border between autobiographical, even confessional prose (whose dubious truthfulness Coetzee discussed in an early essay on Rousseau, Tolstoy and Dostoevsky) and the type of fictionalized autobiography pursued in Elizabeth Costello (2013), where Coetzee delegates so many of his own views to a female Australian writer. Again, it seems to me, Dostoevsky may be an inspiration here, with his “higher realism”, or the aspiration, as one of his characters puts it, “to lie your way to the truth”.

The South African filmmaker François Verster, once a student of Coetzee’s at the University of Cape Town, was keenly alive to this dialectic in his talk about a documentary he is now undertaking about his teacher. He dealt both with his increasing reservations about the entire genre of the documentary film, or “observational realism”, which lies by what it omits, and with his approach to his new project. After showing footage that demonstrated just how recalcitrant an interviewer Coetzee can be, Verster explained his need to fictionalize Coetzee in the spirit of Costello. Interestingly, that same novel also seized the imagination of Verster’s co-speaker, the Belgian composer Nicholas Lens, whose opera Costello – this body that I am now awaits its first (as yet unscheduled) premiere. The test recording of the aria which Lens played for us – with its motif, “I believe in what does not need to believe in me” – was hauntingly pure (the libretto is by Coetzee himself).

The work celebrated more than any other by the conference, however, was Boyhood, published precisely twenty years ago. Here, the essential features of Coetzeean narrative – rightly identified by another speaker, Carrol Clarkson, as the prevalent use of both the present tense and the third person singular – combine to open up an intriguing distance between Coetzee the author and Coetzee the boy. Two fresh perspectives stretched this distance even further. One was a preview of a large exhibition, to be held at the Irma Stern Gallery in Cape Town later this year, of Coetzee’s schoolboy photographs. Left behind in a Cape Town apartment which Coetzee retained after emigrating to Australia in 2002, the images, mainly negatives, eventually found their way to Hermann Wittenberg after the flat was sold in 2014.

This different type of “graphic art” – “writing with light” – permeates Coetzee’s fiction, as Iona Gilburt made clear in her discussion of the influence on Dusklands (1974), Coetzee’s first novel, of newspaper photographs showing US atrocities in Vietnam, and as Wittenberg further illustrated in his paper on the “catalytic effect” on the writing of Life & Times of Michael K (1983) of a photograph published in Cape Times of a boy accused and subsequently convicted of murder. Coetzee was himself an ambitious photographer in his youth, and his high school snaps, taken with an Italian-made Wega (an affordable imitation of the Leica), offer unflamboyant, largely unposed portraits from the classroom and cricket field at St Joseph’s Marist College in Cape Town, and of the ancestral Karoo farm and the author’s loving mother, Vera, with whom, Coetzee writes in Boyhood, he “shares nothing”. As Wittenberg noted, the photographs are valuable as much for showing what is left out of Boyhood (a bookcase, for example, stacked with translated classics) as for visually supplementing what is already there. Perhaps most striking, and most Coetzeean, are the self-portraits in a mirror, which Wittenberg rightly hesitated in calling “selfies”: with their mood of cool detachment, they suggest that Coetzee’s ability to estrange himself from himself relies on much more than just the passage of time.

Most illuminating of all was Coetzee’s own reading of the first three chapters of Boyhood. It lent support to a comment made by his Italian translator, Maria Baiocchi, in her movingly affectionate speech the previous day: that the essence of Coetzee’s prose lies in its “special musicality”, and above all, its tempo. Coetzee’s delivery in the lecture hall had the same restraint and equanimity as his phrasing on the page, but subtle variations in pace imbued his descriptions of caning practices at St Joseph’s not only with the dry pathos we associate with this author but also with another quality much less frequently remarked: Coetzee’s even drier humour.

Travelling with Coetzee was organized by Elleke Boehmer and Michelle Kelly, with Alicia Broggi and Eleni Philippou, in collaboration with another conference, Coetzee and the Archive, which ran in the same week at the IES, Senate House, London, organized by Kai Easton and Marc Farrant. The Oxford conference was funded by the British Academy Newton Fund, University of Oxford John Fell Fund, TORCH (The Oxford Research Centre for the Humanities) and OCCT (Oxford Comparative Criticism and Translation).

The exhibition Photographs from Boyhood, curated by Hermann Wittenberg and Farzanah Badsha, will run at the Irma Stern Gallery in Cape Town from November 25 to January 20, 2018.

Oliver Ready‘s translations include Before and During by Vladimir Sharov, 2014, and Crime and Punishment, 2014. His book Persisting in Folly: Russian writers in search of wisdom, 1963–2013 was published earlier this year.

This review was written by Oliver Ready and originally appeared in the Times Literary Supplement online. You can view it here.