The Legacies of British Slave-ownership Project

Mahmoud Ally reflects on a presentation given by Dr Kristy Warren of UCL, at the Race and Resistance seminar on 5th February 2016.

In 2013 the UCL Legacies of Slave-ownership Project released its database of British slave-owners in the Caribbean to the public. Since then a great deal of debate has taken place over the legacies of slave-owners who pocketed £20 million in compensation for loss of ‘property’.

Much of that discussion, however, has been centred on slave-owners and the post-abolition years (in this case 1836 in the Caribbean). The sources in many ways have dictated that. The slave compensation registers collated by the Slave Compensation Commission in the 1830s and 40s lists over 46,000 names of both direct owners and those who had indirect connections - but nevertheless benefited from that trade.

The research conducted by Dr Kristy Warren shifts the narrative to the pre-abolition years as part of a wider second project to reveal more about the lives of the enslaved in the last seventy-years of legal slavery in the Caribbean. Focusing on the Caribbean island of St. Kitts and Nevis, Warren spoke on the ways in which the slave and compensation registers are being used to reconstruct the lives of enslaved working children and families.

Given the paucity of information about the enslaved in comparison to the slave-owners - much of this research relies on the registers collected through trustees and estates in the Caribbean.  Central to this is also connecting the world of the absentee owner in Britain – keeping in mind the trans-Atlantic nature of such legacies.

The Q and A session threw up a number of interesting points, from ways in which the database has been and can be used to inform contemporary debates around reparations to the ways in which such findings can be utilised by the wider public. Warren noted one such interesting endeavour: a collaboration with the Hackney Museum Archives and funded by the Arts Council England. The project explored the legacies of Hackney’s historical links to trans-Atlantic slavery through engaging a group of A-level students in research before giving a performance entitled “Putting the Black in the Union Jack? Black British History in Education” at the Bloomsbury Theatre, London.

Mahmoud Ally is a 3rd year History and Politics undergraduate at Pembroke College.

Voices Across Borders is always looking for new Race and Resistance Research Programme members to contribute to this blog. If you would like to write a piece, or if you have a response to a blog entry you have read here, please e-mail the Voices Across Borders editor, Tessa Roynon (tessa.roynon@ell.ox.ac.uk). 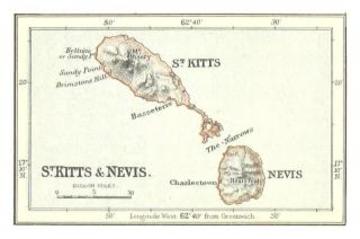