Since 2020 the Manar al-Athar Photo-Archive, have been working with the TORCH Heritage Partnerships Team to develop knowledge exchange and community activities within and beyond the University of Oxford.  One of the opportunities which arose in the context of this collaboration was the opportunity, in November and December 2020, to participate in the inaugural round of the Oxford Careers Service’s The Student Consultancy.  This programme aims to equip students with key and demonstrable consulting and teamwork skills to help local businesses, charities and community organisations, and is intended as a progression for those who have already completed the longer-running The Oxford Strategy Challenge.  As part of The Student Consultancy, a group of six students and/or postdocs work on a project of importance to client over a period of 4–8 weeks, providing recommendations to the client at the end of the project.

The Manar al-Athar photo-archive, based in the Faculty of Classics at the University of Oxford, provides high-resolution, searchable images for teaching, research, publication, and heritage work.  These images of archaeological sites, buildings and artworks, cover the areas of the former Roman Empire, which later came under Islamic rule (such as Syro-Palestine/the Levant, Egypt and North Africa), and adjoining regions (such as Armenia and Georgia).  The chronological range is from Alexander the Great (i.e. from about 300 BC) through the Islamic period.  The photo-archive is open-access so that it can be freely used by anyone anywhere in the world. Photographs can be freely downloaded as original high-resolution images (tif images) without water marks, making them immediately available in a format suitable for publication or research, simply by acknowledging the source. Material is labelled in both English and Arabic to facilitate regional use.  Manar al-Athar currently has c. 86 000 photographs online, donated by more than 40 contributors.

The Manar al-Athar Photo-Archive was launched in 2013, and was originally conceived as a resource for teaching and research, with a particular emphasis on ensuring accessibility to those either unable to travel to visit the historical sites they were studying or attached to institutions unable to afford access to subscription-based image resources.  The higher education sector (both in the UK and worldwide) remains a key audience for the archive, and one which Manar al-Athar continues to seek to grow.  Equally,Manar al-Athar would like to begin to explore means of expanding its user base outside of higher education, identifying potential new target audiences within and without the UK and developing strategies to engage these target audiences.  In the longer term, it is hoped that the strategies developed to do this might also be adapted to expand user groups in the Middle East and North Africa, the archive’s primary geographical focus.

The challenge posed to the student consultancy group was to establish whether there is scope to expand Manar al-Athar’s user base; to identify potential target audiences; and to develop a strategy or strategies to engage one or more of these target audiences based on their interests and needs.

Within the challenge set, the student consultancy group chose to focus on the following questions:

These questions were approached through the development of a user survey, with recommendations based on the survey results (which were also provided to Manar al-Athar in full at the end of the project).  In particular, the survey results indicated that, while Manar al-Athar was seen is a useful resource, there were some usability issues which needed to be addressed.  The consultancy group also considered possible strategies to develop the use of Manar al-Athar in academic contexts outside of the UK, particularly in the North Africa and Turkey – countries for which Manar al-Athar has content – with a strong recommendation to contact individuals in these countries, rather than organisations.

While the majority of The Student Consultancy’s clients are organisations, Manar al-Athar’s experience was that the scheme worked equally well in the context of an academic research project, and I would encourage other Oxford researchers to consider whether their project offers scope to participate.  The Student Consultancy has provided a wonderful opportunity for Manar al-Athar to share its work with students and postdocs from a range of academic backgrounds, who are able to bring new perspectives to the project’s challenges and provide useful recommendation shaped by the diversity of their own academic backgrounds.  Notably, almost all of the student consultancy group’s recommendations to Manar al-Athar have either been acted upon or will be acted upon in the future, and the survey undertaken has provided vital data which will be used in the future development of the project. 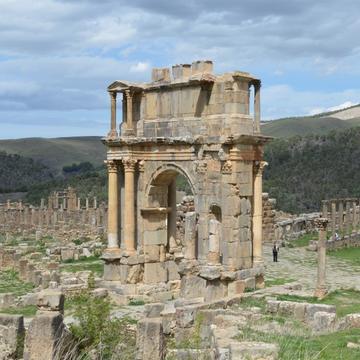