By some accounts, 1017 marked the advent of the Norman presence in Italy and Sicily, inaugurating a new era of invasion, interaction and integration in the Mediterranean. Whether or not the millennial anniversary is significant, the moment offered an ideal opportunity to explore the story in the south, about a thousand years ago. To what extent did the Normans establish a cross-cultural empire? What can we learn by comparing the impact of the Norman presence in different parts of Europe? What insights are discoverable in comparing local histories of Italy and Sicily with broader historical ideas about transformation, empire and exchange?

The conference brought together established, early-career and post-graduate scholars for a joint investigation of the Normans in the South, to explore together the meetings of cultural, political and religious ideas in the Mediterranean in the central Middle Ages. The three-day event (30 June – 2 July 2017) was attended by 115 delegates from all over the world (13 countries). There were 75 papers, including 3 keynote lectures by Professor Jeremy Johns (Oxford), Professor Sandro Carocci (University of Rome ‘Tor Vergata’), and Professor Graham Loud (Leeds). The conference organizer, Dr Emily Winkler, opened the conference by reflecting on Charles Homer Haskins’s comments about the Normans over a century ago, and ways in which our study of the Normans might advance by considering the many meetings and relationships which developed as a result of their ventures southwards across Europe. In a special highlight talk, Professor David Abulafia (Cambridge) enlightened the delegates about the influence of Oxford historian Evelyn Jamison, whose many advances both in the history of Norman Sicily and in the scholarly careers of women academics have opened many doors, and have made possible the blossoming of subsequent studies on Norman Sicily over the past century.

The conference featured three parallel strands of sessions: ‘Conquest and Culture’, ‘Art and Architecture’ and ‘Power and Politics’. Scholars reflected on subjects including: the Normans in the theatre of the Mediterranean as a case study in proto-world dominion; manuscript images as insights into the Mediterranean networks which from which wealthy rulers hoped to profit; and nineteenth-century photography of art and architecture from Norman Sicily as a window into the uses of the past. Delegates had the opportunity to visit the beautifully-preserved Norman crypt under St Peter-in-the-East, the church which now serves as the library at St Edmund Hall, on short tours led by Dr Winkler and the two conference assistants (postgraduate students in medieval history), Mr Liam Fitzgerald (UCL) and Mr Andrew Small (Oxford). 80 people attended the conference dinner at St Edmund Hall, which was a festive occasion catered by John McGeever and his team at the college. The Principal of St Edmund Hall, Professor Keith Gull, welcomed delegates to the medieval college and thanked Dr Winkler for organizing the conference.

The conference was designed to fill a gap in Haskins Society conference offerings in the UK and Europe, and to provide a stimulating event on behalf of UK and EU members in particular, as well as Haskins members in general. It was sponsored by TORCH, the Haskins Society, the Khalili Research Centre, the John Fell OUP Fund, and the Royal Historical Society. 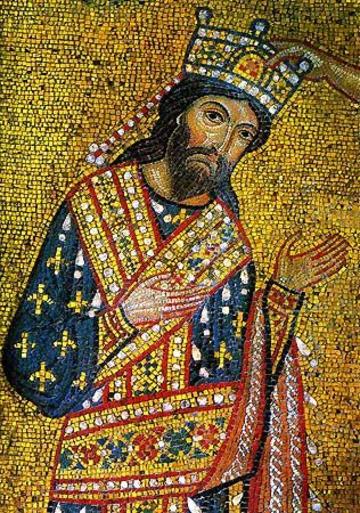