The Unexpected Jewish Past of Strawberry Hill House 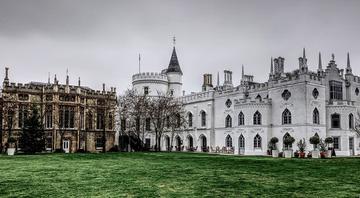 The Unexpected Jewish Past of Strawberry Hill House was curated by Silvia Davoli and highlights the lives of two of Stawberry Hill's historic owners: Frances, Countess Waldegrave (1821-1879), whose father John Braham was an internationally famous Jewish opera singer; and Herbert Stern, 1st Baron Michelham (1851-1919), who belonged to a European Jewish dynasty of bankers.

The aim of this exhibition is to explore, through a selection of images and objects, those aspects of Jewish culture and sociability that, in an era of deepening integration, continued to characterise the lives of Lady Waldegrave and the Sterns.

You can explore the exhibition here.