The Untold Stories of Black Britain: An Evening with Cecile Emeke

The Untold Stories of Black Britain: An Evening with Cecile Emeke

Narratives about Black lives and Black life are overwhelmingly absent from British popular culture. It is no secret that Britain’s creative industries provide very few opportunities for actors and actresses of color. However, Jamaican-British filmmaker Cecile Emeke is dedicated to using her work as a platform for the amplification of Black British voices.

On Monday, November 16th, more than 80 students and local community members attended a film screening and discussion with Emeke. We began the evening by viewing Ackee & Saltfish, a short film about two best friends grappling with the effects of gentrification in their East London neighborhood. Afterwards, we watched the latest episode of Strolling, a documentary series in which Emeke engages in conversations with both Black Britons and Black Americans. Interviewees discuss a wide range of topics, varying from racial inequalities in the education system to minimalism in hip-hop music.

The conversation that followed was nourishing. Emeke explained how she yearned for nuanced, complex portrayals of Black British womanhood in films, yet found none. She said that she discovered mirrors for experiences of life as a Black woman in other mediums, especially in the writings of feminist essayist and poet Audre Lorde. However, Emeke believed that it was important to create audiovisual representations of Black British life because it is critical for Black Britons to be both seen and heard. “For too long, we’ve been made silent and invisible,” she added.

At a time in which many members of the Black diaspora find themselves in the midst of a struggle against the numerous ills of white supremacy, Emeke’s work reminds us that artists, the curators of culture, are essential to revolution. By decentering the white gaze, Emeke transforms her artwork into a political tool, an instrument of resistance. She constructs a space in which the grace, resilience and humanity of Black life are allowed to flourish without condemnation or restraint. It is blissful. It is empowering.

Sarah E. Yerima is completing her MPhil in Politics (Comparative Government) . She is working on a project that traces the evolution of colorblindness in American legal thought and aims to reveal how colorblindness enables the diffusion of covert, pervasive forms of racial inequality. 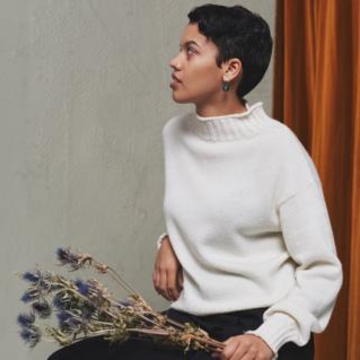