The World is Loud but Today it is Quieter: How coronavirus can help us appreciate medieval literature 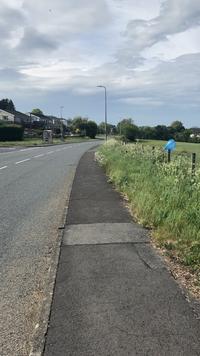 The senses do not transcend time and place. We share the same physiology as people from centuries ago, yet our different cultural sensibilities mean that we perceive the world differently: the ‘hardware’ of the human body remains the same, yet the ‘software’ of time, place and culture changes. More specifically for the Middle Ages, before the printing revolution, before the Enlightenment’s emphasis on proof by vision, and when fewer people lived private, silent lives, hearing played a more important role in daily life. Tuning into this aural sensitivity can help us appreciate medieval literature as a contemporary would have done; and this silenced, locked-down world is sharpening this skill.

R. Murray Schafer – the inventor of the term ‘soundscape’ – must be pleased with our current acoustic situation, since he believes that the world contains far too much lo-fi noise, i.e. broad, meaningless sounds, such as background traffic, that blanket the important sounds of the world and that reduce our ability to recognize discrete noises, such as birdsong. His theory also states that the further back in time you go the thinner this lo-fi blanket becomes, and the more audible discrete sounds become. With far fewer cars on the roads, we are currently catching a glimpse of such a world; a world that was familiar to the medieval ear. 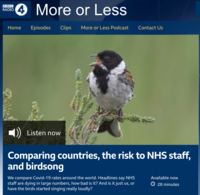 On April 23rd, BBC Radio 4 programme More or Less pick up on the diminished lo-fi blanket by asking ‘have the birds started singing really loudly?’

Before the incessant mechanical groans that came with the Industrial Revolution and the booming speakers and whispering headphones we encounter today, the world was generally quieter. Sounds above 60dB were rare, and yet the same volume is judged to be today’s level of ordinary conversation. The noise of a car engine can easily surpass 100dB. So, the loudest noises of the Middle Ages – bells and horns – linger in the mid-range of the present-day spectrum of audible sounds.

Paradoxically, however, since there were fewer competing noises, the sounds that did exist were far more recognizable and meaningful, a little bit like today. On your state-endorsed hour of exercise, have you noticed sounds that you hadn’t before? Do you see that particular trees emit particular birdsongs? Do your ears prick up when the postman comes, since that’s the only car that has passed all morning? On a Thursday night, do you hear the clattering saucepans and applause float across the carless roads? These all hint towards what medieval society must have been like. 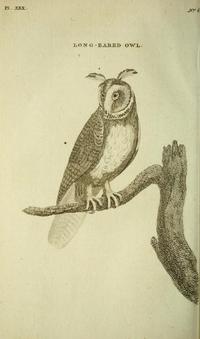 The long-eared owl depicted in an engraving by Welsh naturalist, antiquary and traveller Thomas Pennant in his British Zoology (1761 and 1777)

Appreciating the distinct auditory landscape of the medieval world and how that is reflected in medieval literature would usually require conscious effort, but our current unusually silent world might be making it easier.

The works of Dafydd ap Gwilym, a contemporary of Geoffrey Chaucer and nature poet extraordinaire, contain several dynamic depictions of wildlife. His poem to the owl is a fine sample of the nature poetry found in the brilliantly varied Middle Welsh corpus. Today’s silence can help us better understand the auditory context of this poem. 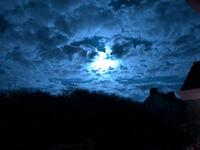 The May full moon from Pontiago, Pembrokeshire

On your walks you’ll hear more wild animals than usual, but Britain in the Middle Ages had an even denser aural field because of the greater abundance of wildlife. People like Dafydd ap Gwilym lived in daily contact with animals. This particular poem recounts how, one evening, a certain owl incessantly hoots throughout the night, keeping poor Dafydd awake as he tries to say his bedtime prayers. Unable to sleep, Dafydd becomes increasingly irritated and hostile towards the owl’s cacophony.

In a world in which small, discrete noises are so easily masked by the noise of traffic or construction work, it’s hard to imagine birdsong being such an irritant. However, now that  we’re experiencing what a world without this masking effect sounds like, we might be getting better at imagining how, in a medieval building that doesn’t share the sound-proofing qualities of our own, a single hooting bird could be so piercing, whether or not, this was a particularly boisterous species of owl, such as the long-eared owl, as suggested by Rachel Bromwich. 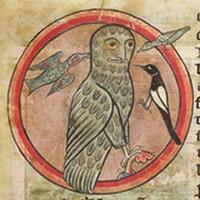 Furthermore, given that the closure of pubs and clubs has all but killed urban nightlife and its noise, we might be getting better at appreciating the silence of the medieval nightscape. Dafydd’s owl cries at night, which, during the Middle Ages, saw a virtually uniform silence descend upon the auditory landscape. This was the case even in the most densely populated and noisiest parts of Britain; if there were any sounds at night, they were loud and menacing.

However, one aspect of seeking to listen as a contemporary that is unlikely to improve effortlessly is recognizing the cultural connotations of a sound and how that conditions how the sound is interpreted. Since the days of seventh-century encyclopaedist Isidore of Seville, the calls of owls were perceived as highly unpleasant and associated with sorrow and suffering. Equally, the ominous portents and general antagonism of the owl in medieval Wales is well-attested in its literature and folklore, as in Blodeuedd’s shape-shifted, shunned form in the exquisite Fourth Branch of the Mabinogi. 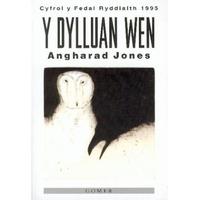 A modern re-imagining of the Fourth Branch, expanding on the motif of the shunned owl Y Dylluan Wen, Angharad Jones (1995)

Lastly, beyond the perception of the sound is the sound itself. While most sound-studies projects look into modern sound events that can be recorded and digitally reproduced – town planning, sound effects in film, ethnomusicology – in the pre-modern period, the only available technology was pen and parchment, and so a key aspect in depicting sound was onomatopoeia. Dafydd writes: ‘canu bydd, annedwydd nâd, | ‘Hw ddy hw,’ hoyw ddyhead’ (‘it sings, sad wailing, | ‘Hw ddy hw,’ lively exclamation.’). Chaucer has something similar in his Parlement of Foules as the birds, who have been narrating in Middle English, suddenly break into onomatopoeic bird-speak: ‘Kek kek! Kokkow! Quek quek!’. The contrast between intelligible and unintelligible phrases in Dafydd’s couplet is particularly striking as it takes advantage of Welsh strict-metre, where consonants must be balanced on both sides of the line, and so it pairs both phrases using identical phonemes: ‘‘Hw ddy hw,’ hoyw ddyhead’. Here, we might ask: was it onomatopoeia or literary description that best transferred an organic noise?

Reading and understanding past cultures requires many things and this silenced period of lockdown is sharpening one of those requirements; to engage in a conscious effort to contextualise the sounds of the past before we decide on their meaning. In other words, to listen. Perhaps it is now easier to appreciate the Man in Black’s request as he explains his woes in Chaucer’s Book of the Duchess:

I telle the upon a condicioun

That thou shalt hooly, with al thy wyt, 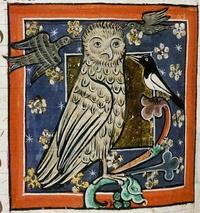 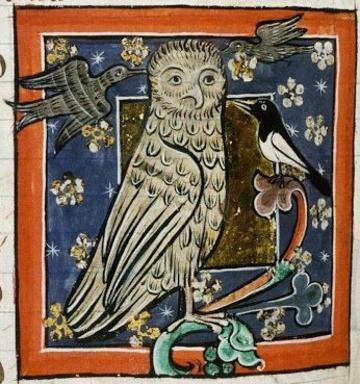