During her lifetime and until fairly recently, Dorothy Wordsworth (1771-1855) was mainly identified as the sister of William Wordsworth, who occasionally published her poems in his own collections. Although for decades her works were only read as a source of information on William’s circle, she is now considered a writer in her own right. Her journals are evidence of her lively personality, keen intelligence, and physical vitality (for instance she ascended Scafell Pike and went on a tour of Scotland with her brother). Yet in 1829 she became ill, suffering numerous relapses, and eventually remained disabled for the rest of her life. As from 1835, she was further debilitated as her mental faculties started to decline. It is widely assumed she suffered from a form of pre-senile dementia. She nevertheless survived her brother by fiveyears.

Despite her physical – and later mental – disabilities, Dorothy Wordsworth lucidly described her affliction and her loneliness in her letters and in the Grasmere Journals. A good example of this is a short letter she sent to Hannah Hoare in September 1837 mentioning her “long long struggle” with ill health and her hope to “recover the use of [her] legs.” In this letter Dorothy yearns for her friend Hannah as well as for her brother William and her niece Dora. She resorts to poetry to better describe her pain:

Five years of sickness and of pain
This weary frame has travelled o'er
But God is good — and once again
I rest upon a tranquil shore.
I rest in quietness of mind,
Oh! may I thank my God
With heart that never shall forget
The perilous path I've trod!
They tell me of one fearful night
When thou, my faithful Friend,
Didst part from me in holy trust
That soon my earthly cares must end.

In the letter, Dorothy explains the last lines of the poem: “On that night Mr Carr [her medical attendant] left me because he could do no more for me, and my poor Brother went to lie down on his bed thinking he could not bear to see me die.” Although the poem seems to convey the idea that the disabled poetic speaker has ultimately reached peace and acceptance (“I rest upon a quiet shore” is perhaps an allusion to Lucretius’s “suave, mari magno...” in De Rerum Natura), this apparent calm is pervaded by a sense of anxiety and loneliness which echoes her preoccupation with suicide and loneliness in the Grasmere Journals.
In this poem, Dorothy firstly deals with the issue of making pain intelligible to someone who does not feel it. She relies on the evocative power of poetry, notably on religious images, such as the metaphor of the weary, unaccompanied pilgrim ascending a “perilous path” which leads her to peace but also emphasises her loneliness as disability is a burden that cannot be shared, conjuring up the figure of Christ. This poetic and religious image is a way to express the irreducible and unspeakable condition of suffering and the difference between sufferers and others: pain is not an experience you can share with others, only maybe with “God.”
Yet, although her affliction is hard to explain to someone who never suffered from it, Dorothy manages to give us a sense of how pain affects the subject and her consciousness.
The use of the deictic “this” in the phrase “This weary frame” puts the suffering body at a distance and underlines a dichotomy or a dualism between the body and the mind that is necessary to survival. The disabled subject feels betrayed by her body which is now only a source of suffering, while the endurance of her subjective consciousness is simultaneously emphasised (“I rest in quietness of mind”). The idea that she is the prisoner of a suffering body is redoubled by the evocation of the room as a solitary retreat, almost a prison cell where she awaits death. In other poems Dorothy sometimes resorts to memory and imagination to revisit happy remembrances and to counter the idea that the body and the room are an effective prison. Nevertheless, the ending of this poem underlines that probably no one will attend her in her last moments. The poetic speaker makes this situation bearable by mentioning the “holy trust” that justifies this absence. Yet the bedroom becomes a place of solitary confinement and a painful retreat which makes concrete the solitude of women’s lives which Dorothy herself abundantly described in her Journals.

Pauline Hortolland is a second-year PhD candidate at Université Paris Cité (France). She holds a MA in Romantic and Victorian Literary Studies from Durham University. Her current doctoral research focuses on the poetry of Percy Bysshe Shelley, with a particular emphasis on the notions of event, efficacy, and potentiality. 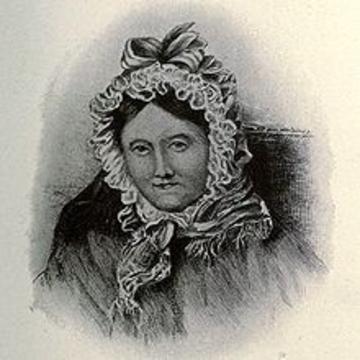