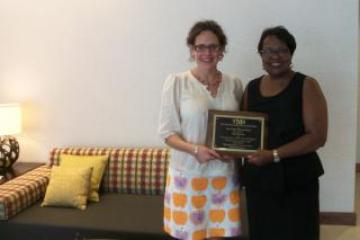 On Wednesday 21st September 2016, Dr Tessa Roynon delivered the second Annual Toni Morrison Society Lecture at Oberlin College, Ohio. Tessa's lecture was entitled 'Voyaging to New Worlds: Toni Morrison's Classicism'. Building on her prize-winning book, Toni Morrison and the Classical Tradition, in the lecture Tessa discussed Morrison's influence on younger writers such as the poet Robin Coste Lewis, as well as her inheritance from a range of literary ancestors. While at Oberlin, Tessa was also presented with her book prize by Professor Carolyn Denard, the founding president of the Toni Morrison Society.

Oberlin is a liberal arts college near Cleveland, Ohio, and is attended by around 3000 students. It was founded in 1833 and is famous for being the first college in America to educate women and African Americans, opening its doors to both as early as 1835. It played a key role in the abolition movement and the underground railway. In Morrison's novel Beloved (1987), which is set primarily in post-Civil War Cincinnati, the young protagonist, Denver, is about to begin studying  at Oberlin when the novel ends. 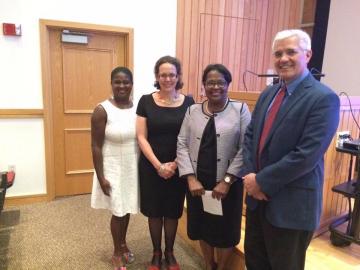