The second Old Norse Poetry in Performance conference took place at Christ Church on the 22nd and 23rd
June 2019. The final programme is attached to this report as an appendix. The purpose of this project was
(and is) to build on the collaborations which first took place in 2016 by enhancing the framework within
which both emerging and established literary scholars, actors and dramaturgs can explore the various
problems and potentialities surrounding the performance of Old Norse-Icelandic poetry.

With the permission of the performers, the majority of performances were captured on film and all the
papers, along with the roundtable discussion on Day Two, were recorded and will be released as podcasts via
the conference website www.oldnorsepoetryinperformance.com in the course of the coming months,
accompanied by copies of speakers' Powerpoint presentations and handouts. This was the system we used
successfully in 2016 to place much of this work in the public domain. Additionally we have secured a
contract with Routledge to publish a volume of collected essays based on these proceedings in spring 2021.
Contributions are being sought from established scholars, ECR's, actors and musicians with a connection to
the ONPiP project in its various incarnations. The volume will be edited by Brian McMahon and Annemari
Ferreira and will contain an introduction by Terry Gunnell. The fact that its publication coincides with the
centenary of Dame Bertha Phillpotts' influential work The Elder Edda and Ancient Scandinavian Drama was
described as auspicious by many participants in the conference.

A significant number of valuable new connections were forged across the two days, bringing artists and
scholars working on the same material together – in many cases for the first time – and foregrounding the
variety of approaches currently being employed to explore this subject. Among the highlights, Professor
McKinnell's keynote lecture drew on a distinguished career pioneering practice-as-research in medieval
studies. We were also delighted to include contributions from Joseph Harris and Stephen Mitchell who had
travelled from Harvard to attend the conference and whose combined work on these matters has influenced
many of the present generation of emerging scholars. This was a notably interactive conference, with
common themes being drawn together most productively in the synoptic roundtable. Among the results, we
have expanded our corpus of performances which can be used to exemplify the medieval and modern
performative possibilities inherent in this poetry. We were pleased to recognise contributions from
contemporary actors (Seth Kreibel), storytellers (Allison Williams-Bailey) poets (Ross Cogan and Andrew
Smardon) and musicians (Einar Selvik and Pétur Húni Björnsson) alongside evidence of new and exciting
scholarship which has taken place since we last convened three years ago.

It would not have been possible for this conference to take place without the support of our many sponsors,
and we are grateful for the support of the TORCH OMS Small Grants Scheme. As we pointed out in our
2016 report, however, the system of reimbursing organisers only after events like this have taken place puts
unreasonable pressure on individuals who are not personally wealthy, and we once again invite TORCH to
review this process.

The Old Norse Poetry in Performance project, which began in a single weekend conference, has now
expanded to include two conferences, a book and a significant online presence. We now intend to hold a
triennial conference (whether in Oxford or elsewhere) to capitalise on this momentum. Members of the
organising committee presented this year at the English Faculty's Old Norse Research Seminar and at the
International Medieval Congress in Leeds. We are pleased that the project continues to attract the interest of
scholars working across the humanities, and look forward to its continued growth and future output. 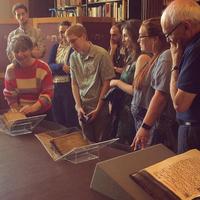 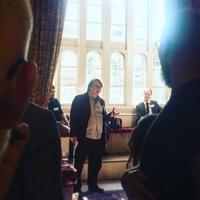 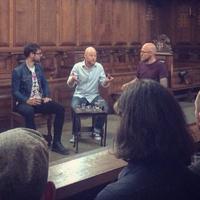 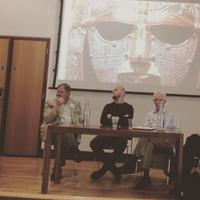 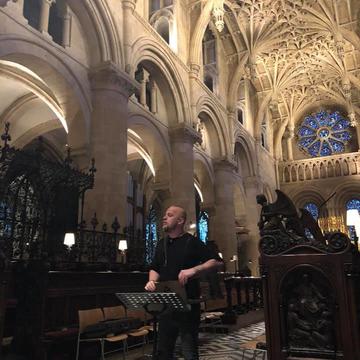