On Friday (24 June) of Week 8, we have the Thinking Colour Symposium. The day will consist of several talks delivered by invited international academics. Responding to, and comparing, ideas raised by these distinguished speakers, will be a panel composed of artists, graduate research students, early career fellows, and established academics. There will also be a round-table of shorter (10 minute) paper presentations and discussion. Please note that there is a registration fee for this event: waged £23; unwaged £8. More info can be found here: http://www.occt.ox.ac.uk/thinking-colour-symposium. Read the latest OCCT Review here: http://www.occt.ox.ac.uk/cct-review/modernist-fiction-and-vagueness-philosophy-form-and-language-megan-quigley

And in case you missed it: the winners of the Oxford-Weidenfeld Translation Prize were announced on the 11th of June. The judges decided to offer the prize jointly this year – to Philip Roughton for his translation of Jón Kalman Stefánsson’s The Heart of Man (MacLehose Press) and to Paul Vincent and John Irons for 100 Dutch-language Poems (Holland Park Press).

Here are comments on the winning translations:

This treasury of Dutch and Flemish poems (parallel texts of originals and translations) brings together single works of poets ranging from the 11th century to the 21st. It is a rich anthology, based on the two translators’ personal preferences, but also managing to represent something like a canon of important works judged by criteria clearly explained in the translators’ preface.  In shortlisting the book the judges are commending not only the quality of the translations but the selection itself of poets and poems, and the composition of a whole that is even more than the sum of its parts. There is to our knowledge no comparably wide-ranging collection available to English readers, and although inevitably some omissions will be felt, many of the most influential poets are indeed here, powerfully introduced in these new English versions. We believe that the book will be a uniquely valuable source for teachers and students, but we are impressed above all by the inventiveness, the variety, and often the sheer beauty of these English works, through which the Dutch poetic voices speak and sing to us.

This is the third of a trilogy whose first two book, Heaven and Hell and The Sorrow of Angels, also published by MacLehose. This is a great epic tale, but it’s also written in the most powerful poetic prose. It is totally compelling, and as I was scrambling about for the right adjectives to describe it, I realized I’d do better to simply quote Boyd Tonkin’s lovely review fromThe Independent: “Beautifully translated by Philip Roughton, Stefansson's immersive prose swells, thunders and sparkles with all the shifting moods of the sea on an Icelandic summer's day.”

Another chance to see the acclaimed event first performed at the Globe, London.

Translated into German at a crucial moment in the formation of a German literary canon, Shakespeare has been seen by many in Germany as the third great national poet, next to Goethe and Schiller. This evening is dedicated to exploring and celebrating the impact Shakespeare’s works have had on German culture. Listeners will be guided through the history of Shakespeare reception in Germany, with actors reading key texts in English and German as well as extracts from German films, silent and modern, bringing the poet’s words to life.

Devised by Martin Swales (University College London) and Godela Weiss-Sussex (IMLR, London), this multimedia celebration was first performed at Shakespeare’s Globe in London, and transferred to the International Shakespeare Festival in Neuss/Rhein (Germany).

One night only - limited number of seats available – book now!

The University of Toronto Quarterly welcomes contributions in all areas of the humanities – literature, philosophy, fine arts, music, the history of ideas, cultural studies, and so on. It favours articles that appeal to a scholarly readership beyond the specialists in the field of the given submission.

UTQ is especially interested in submissions for special issues or special sections on the following topics:

-  Representations of urban life in Canada
-  Literature and the media in an age of global fear (terrorism, environmental disaster, economic crisis)
-  The return of formalism in literary studies
-  Religion and secularism
-  The state of the humanities in Canada 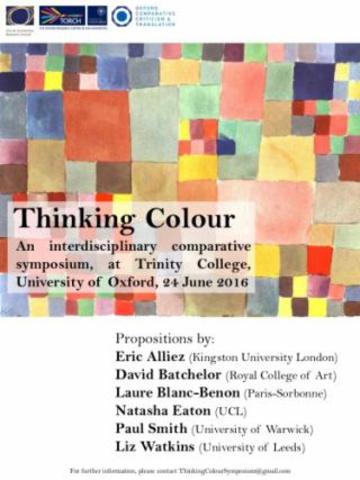