For anyone interested in contemporary writing and translation, this is probably OCCT’s best term ever! We are hosting a number of high profile international speakers – all for free! Elif Shafak, the acclaimed Turkish writer, holds the Weidenfeld Visiting Professorship in Comparative European Literature at St Anne’s this year, and will be giving a series of lectures. Two of the best-known writers from the Spanish-speaking world, Javier Cercas and Juan Gabriel Vasquez, will be discussing the state of the modern novel in a lively event scheduled for 29 May. Oxford Translation Day, OCCT’s annual crowning event, offers a rich and energetic programme of talks, workshops, and poetry readings on 9 June. The Oxford Translation Day programme will be released soon, but just to whet your appetite: if you’re an Elena Ferrante fan, you’re in for a treat! As usual, the Discussion Group runs its fortnightly meetings, and Fiction and Other Minds seminar will take place in Week 3 of term. Check our website for further details, and to find out what other great events we have planned!

Events and Call for Papers:

1. This Friday and Saturday sees ‘A Berlin Kabaret!’ come to Oxford, a vibrant performance of political and anti-war songs from the first half of the twentieth century, which resonate powerfully today.

On Saturday at 5pm there is also an event with Tom Kuhn, David Constantine and Sue Parrish (Artistic Director of Sphinx Theatre) – a discussion with readings of the role of women in Brecht’s life and work.

Students interested in Brecht, political theatre, musical theatre, poetry, translation and everything in between will enjoy!

All events take place at the Old Fire Station, and tickets are available here:

Featuring long lost musical gems by Irving Berlin, Friedrich Hollander, Mischa Spoliansky, Bertolt Brecht and Hanns Eisler, with contemporary arrangements by Joseph Atkins (Musical Director, ‘Josephine and I’ by Cush Jumbo), the show reflects on on personal and political dilemmas in response to the current refugee crisis, fragmentation of society, in the search for sanctuary and solidarity. Five star performers sing songs of resistance, love and exile reminding us that “those who don’t learn from history are condemned to repeat it.”

”The sellout crowd loved it”

“Probably the top anti-fascist show on this year’s Fringe”

Organised by the School of Histories, Languages and Cultures of the University of Hull with support from the Multilingualism: Empowering Individuals, Transforming Societies project (part of the AHRC’s Open World Research Initiative)

A recent article in the Evening Standard posed the question ‘Is it a coincidence that just as governments are seeking to close their borders, television is opening them?’ (March 15 2017). Indeed, in post-Brexit Britain, television viewers have access to an ever increasing number of foreign language programmes. And ‘with the boom in streaming services, a single TV drama can cross borders like never before. Yet still, telling local stories appears to be the secret to international appeal’ (ibid). But what is the relationship between the local, national, and transnational that is presented on screen? And how do these dramas influence viewers’ perceptions of the countries, nationalities and languages which are depicted on screen?

This conference will address these questions by focusing on popular global crime dramas that are available with English sub-titles to British viewers. Although work has been done on the crime genre in literature and on film in different language contexts, there is little work available on the reception of these television programmes in a transnational context. The conference will therefore explore the way in which ideas of national identity and nationhood are interrogated through crime drama series when watched in Britain and thus outside of their original national context.

The conference will address, but not be limited to, the following areas and contexts:

We invite proposals of up to 300 words, on these and related topics, for papers of 20 minutes. Email proposals should be sent to Angela Kimyongür (a.m.kimyongur@hull.ac.uk) by Friday 1 June 2018.

Speakers may address any national or linguistic context; however, the working language of the conference will be English.

Interdisciplinary Workshop at the Institute of Modern Languages Research, University of London on Tuesday, 25 September 2018

This half-day workshop will bring together scholars working across the arts, humanities, and sciences, whose research relates to bodies, death and dying in the long eighteenth century. Specifically, it hopes to explore how approaches to mortality and the afterlife changed in this period, as reflected in the literature, art, medicine, military discourse, and funereal and mourning practices of the period.

In our contemporary, health-obsessed society, death is kept out of sight as well as out of mind. As a result, illnesses – when they come – bring with them psychological traumas and existential doubts that many of us find ourselves unprepared for. The current Death Café movement and organisations such as Dying Matters aim to raise awareness about death and dying, and the need to prepare for the end of life. But when did we become so cut off from the experience of death in our everyday lives, and why do we fear it so much?

Medieval and early-modern philosophies of death were founded on St Paul's message to the Corinthians: that true faith in God would conquer death, and lead to an eternal afterlife for the believer (1 Corinthians, 15:55). Enlightenment philosophy was similarly built on the notion of Cartesian dualism: mind (soul) over matter (body). How, then, did the radical changes in political, social and medical thought in the eighteenth century affect notions of mind and body, and how in turn did this affect approaches to death and dying?

Harari, in The Ultimate Experience (2009), argued that the centrality of warfare had a profound affect on European society in the period ca. 1740–1856. War, he argued, was increasingly perceived as a 'revelatory experience', showing that the wounding and death of our bodies can teach us something that our minds alone cannot. At the same time, Kowalik (Theology and Dehumanization, 2009) explained that 'grief itself is a manifestation of modern subjectivity and is really only first observable in eighteenth-century Europe' (p. 24). Perhaps these developments are related: do both death and loss take on new dimensions – as ‘revelatory experiences’ – in this period? What were dead bodies able to ‘teach’ people in the eighteenth-century, and how (and when) did we forget these ‘lessons’?

Proposals for informal 15 minute talks are invited from participants working in any discipline, and at all career stages. This event is primarily intended as a springboard for interdisciplinary discussion and exchange, which is why participants are asked to keep their talks short and informal.

The workshop will be followed by a Death Café held nearby, which will also be open to interested members of the public. This will provide an opportunity for us to gain new perspectives on our work (as researchers), and to reflect on our own mortality (as people), over tea and cake.

If you would like to participate, please submit a brief (max. 200 word) abstract by Friday, 15 June,  to ellen.pilsworth@bristol.ac.uk, indicating whether or not you are also intending to come to the Death Café.

Theme: Are we Living in an Age of Distraction?

This conference explores distraction and all its meanings and implications. Distraction is commonly thought of as a growing concern or even a sickness of modern society and digital culture. From mindless scrolling to heavy consumerism, the pursuit for entertainment and satisfaction is insatiable, leaving us vulnerable to ruling corporations. Does our lack of control transform us into a conformed mass that is susceptible to tabloid media and the rise of populism? On the other hand, distraction is not necessarily steeped in negativity. In fact, it has had a long and fascinating history. Its German equivalent, ‘Zerstreuung’, comes from the idea of dispersion. At the start of the twentieth-century, Walter Benjamin defined the term as ‘floating attention’, where experience is caused by chance rather than concentration. Does lack of focus in fact allow a sense of freedom and inspiration?

This conference aims to involve PhD students and early career researchers from all disciplines and institutions. It is funded by the Birkbeck Institutes of Social Research, Gender and Sexuality, and Humanities

If you are also interested in taking part in the running of the event such as chairing a panel, please get in touch via this email.

Full details can be found here.

Proposals are invited for the 2018 competition to publish in imlr books, a book series in Modern Languages (French, German, Italian, Portuguese, Spanish and comparative studies, in fields other than Linguistics). The series is published by the Institute of Modern Languages Research, University of London.

Proposals for monographs, conference volumes, or thematically-linked collections of essays, between 30,000 and 100,000 words in length, may be submitted for selection by the imlr books editorial board, which is advised by a peer review committee of senior academics in the field. Volumes should be written in English, with quotations cited in the original and in translation. Fiction and translations of works already published in other languages cannot be considered.

Authors/editors are expected to submit sub-edited copy, prepared in accordance with guidelines supplied by the Institute. The expectation is that authors will supply the full text within one year of acceptance of the proposal.

Proposals should be submitted 30 May 2018 to jane.lewin@sas.ac.uk, and should comprise four files only, as follows:

Eleven volumes have been published to date, with two currently in preparation.

Funded by the Fondazione di Sardegna in memory of anthropologist Luisa Selis, who specialised in the cultural memory of Sardinia, this Fellowship enables researchers in this field (ethnography, anthropology and/or literature for example) to conduct research at the Centre for the Study of Cultural Memory at the Institute of Modern Languages Research and the Istituto Italiano di Cultura Londra (IIC).

The Fellowship is open to applicants from the UK and overseas. Candidates should have completed their doctorate and have a strong publications record. Doctoral students in the final stages of their studies may be considered for a Scholarship.

Further particulars can be found here.

‘All Under One Roof’ – ‘Shrines of Upper Austria’

Evelyn Schlag, one of Austria's most distinguished poets, and acclaimed translator Karen Leeder will read from Schlag's new collection of poetry, All Under One Roof, due to be published by Carcanet Press this spring. They will be joined by award-winning British poet Phoebe Power who will read from her debut collection, Shrines of Upper Austria (Carcanet, February 2018). The readings will be introduced by Rüdiger Görner (Queen Mary, University of London).

See here for the event listing.

The Ingeborg Bachmann Centre for Austrian Literature & Culture is sponsored by the Austrian Cultural Forum, London, and the Bithell Bequest Fund

It’s on the 3rd May at the Sage Gateshead. The Symposium is an action packed day of talks and panel discussions on poetry in translation and exiled / world voices. Some great speakers are lined up including Forward shortlisted poets Nick Makoha and Karen McCarthy Woolf, Dutch poets Elma Van Haren, Fiona Sampson, Sean O’Brien, Ukrainian poet Ilya Kaminsky, the PBS Summer Translation Choice Austrian poet Evelyn Schlag and the incredible US poet Jorie Graham is reading the night before to open the Newcastle Poetry Festival! 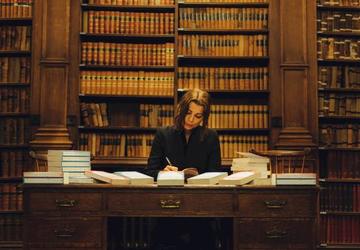