The Discussion Group will kick off this coming Monday (30 April, 12.45-2pm, St Anne's, Seminar Room 10 on the top floor in the New Library). The Discussion Group will again be structured as an experiment in comparative reading out of context. As always, no advance preparation is needed, and a free sandwich lunch, fruit and coffee will be provided.

The Weidenfeld Visiting Professorship in Comparative European Literature Lecture Series begins on Wednesday (2 May, 5.30pm) at St Anne’s College. Elif Shafak, an award-winning Turkish novelist, will be addressing the theme of Story-telling in a Divided World over the course of four weeks.

The Oxford Translation Day programme and the Oxford-Weidenfeld Translation Prize shortlist will be released soon!

Events and Call for Submissions

1. Submissions are now invited for the Paragraph 2019 Essay Prize competition, in which the prize will be awarded for the best article addressing the theme: ‘Pleasure’. 2019 is the centenary of Freud’s essay ‘Beyond the Pleasure Principle’ and this inspires the theme, but entries need not be limited to contributions to Freud studies. In line with the journal’s leading role in investigating critical theory across a wide range of disciplines, submissions may address the topic from any perspective as long as the argument has a primarily theoretical focus.

The competition is open to both early-career researchers and established scholars. All submissions are evaluated by the members of the Editorial Committee. The winning article will be published in the July 2019 issue of the journal, and its author will receive a sum of £500. Other essays submitted for the prize may also be published in the same or subsequent numbers of Paragraph. Entries should therefore be no longer than 6,000 words and should be formatted according to the journal’s conventions.

2. We are delighted to invite you to a one-day conference ‘Women in the Wake of May 68’.

One of the largest mass movements in French history, May 68 represented the culmination of a rejection of the established moral order. This period of civil unrest is often considered the cultural, social, and moral turning point in postmodern society. While the events of May 68 have garnered much academic attention, there has been little discussion of how the event affected the status of French women in the following years, especially how this is represented in the culture-at-large in film, literature, philosophy, and the arts.

This one-day event will coincide with the 50th anniversary of May 68 and bring together Arts & Humanities postgraduate students and early career researchers from a variety of disciplines to share and discuss their research. Professor Margaret Atack, author of May 68 in French Fiction and Film: Rethinking Representation, Rethinking Society, and Dr.RakheeBalaram, whose forthcoming book Counterpractice: Psychoanalysis, Politics and the Art of ‘French Feminism’ examines art in post-May 68 France, will be the keynote speakers.

The conference is free and will take place on May 16th, 9:30-18:30 (followed by a wine reception), at King’s College London, Strand Campus.

Please visit our website for the programme and to book a place. The conference is free and open to everyone, but pre-registration is required:

We look forward to seeing you in May!

3. Sweet voice and round taste: Cross-sensory metaphors and linguistic variability

How do we define a sound or a taste for which our language does not have a dedicated word?

Dr Francesca StrikLievers will address these questions and provide an overview of the latest scientific discoveries in the field, using examples taken from different languages. Her talk will be followed by an opportunity for questions.

The event is organised and hosted by Creative Multilingualism, a research programme led by the University of Oxford and funded by the Arts and Humanities Research Council as part of the Open World Research Initiative.

Participation is free and open to the public. 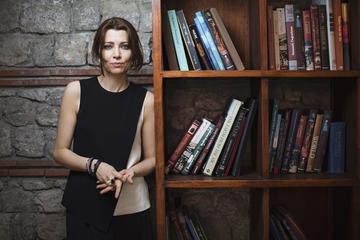